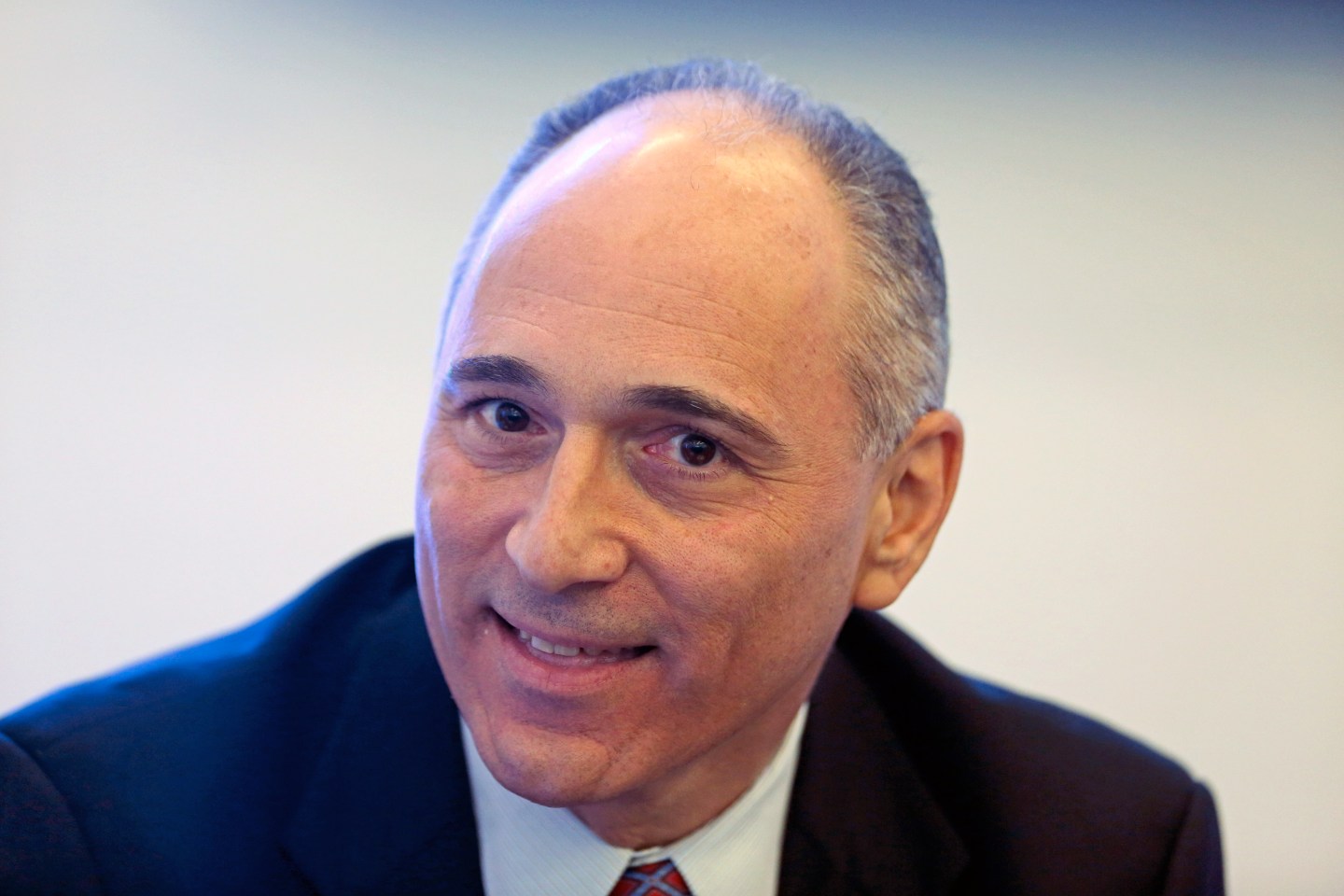 Novartis, the Swiss pharmaceutical giant, is making a billion-dollar bet that China is joining the West in driving drug discovery over the next several decades.

The Basel-based company opened a new, $1 billion research and development campus in Shanghai today. With two other R&D centers in Cambridge, Mass., and Basel, Switzerland, it marks the company’s third main hub for drug research.

Novartis’s bet reflects the new role the Chinese could play in discovering life-changing drugs. Ten years ago, companies like Novartis (NVS) were attracted to China because scientist salaries were just a tenth of those in the U.S. Now, with China’s ascendant middle class spending more on healthcare and the country producing more scientists than anywhere, global drug giants are forced to invest heavily in China despite the challenges.

Those challenges include government pressure on drug prices. In China, prescriptions drugs drive around 40% of total healthcare spending compared to 15% in the U.S., so the government has preferred generics to cut costs.

China also lags the world in drug discovery and suffers regulatory hurdles like a slow registration process for new drugs (drug approval in China takes twice the time as in the U.S.). There are scandals as well: GlaxoSmithKline (GSK) paid a $490 million fine to settle a bribery case in China two years ago, while Novartis settled with the S.E.C. for $25 million in March in a case in which U.S. regulators alleged it paid bribes to Chinese healthcare workers to drive sales.

But analysts say the Chinese government is determined to change its reputation as place of little innovation. Last year, for instance, price controls were lifted on hundreds of Western drugs and the government is spending heavily on research.

Novartis CEO Joe Jimenez sat down with Fortune yesterday to talk about China’s changing role in the global pharmaceutical game and whether the country can really innovate. The following conversation has been edited for length and clarity.

Why open a big R&D center in China?

The country has made a commitment to build a domestic pharmaceutical industry. So they’re spending about $200 billion a year on research and development, second only to the U.S. and this has been going on for a number of years. At least the last five. They churn out 30,000 Ph.D.s a year in science and engineering. Far more than the U.S. or Europe. We see about 2.5 million graduates a year in the STEM fields, which is five times the U.S.

What’s happened is there’s been an explosion of talent in China. At Novartis, we build where the talent is because we know that scientists and physicians don’t necessarily want to move to Basel if they’re not from there.

We’re treating this as a truly global R&D center. The first drug for us that was fully discovered in China is about to enter into the clinic. It’s a drug for liver fibrosis. And that’s going to be a global drug.

Can Chinese innovation make a difference in discovering new drugs?

The Chinese historically have not been proven innovators in certain areas. If you look at what’s happening now, it’s changing. I think partly because of the flood of new technologies that are emerging, and companies like Novartis that are training Chinese scientists in the way that we discover drugs.

At least in the pharmaceutical industry, there will come a time when breakthrough innovation occurs in China on a regular basis. I’m convinced of that only because the government has put the resources there to make it happen. I don’t think there’s anything innate in the Chinese that would prevent them from innovating. I think part of it is being trained in how great drug discovery takes place.

How does China compare to the West in terms of drug discovery?

Well it’s still early. If it were a baseball game, it would be the third inning.

The first inning, or batting practice.

And I think in 10 years you’re going to see a big change. This R&D center that we’ve built is a 20-year commitment. This is a country that is going to continue to grow in healthcare because you’ve got a rural population that is moving into the middle class. In any country, when the middle class grows, demand for health care increases. So this is going to continue to be a place of growth as a country. Because they are so committed to churning out these Ph.D.s, this is going to become a hotbed for pharma R&D. Not tomorrow, but in the long-term.

How has Novartis’s thinking about China changed in the past 10 years?

Ten years ago this country was only in our top 20 markets. Today’s it’s in our top 10. In a short number of years it’s going to be number two or number three.

Today, every Chinese person, whether rural or urban, has at least some basic level of pharmaceutical reimbursement. And that’s a huge change. That’s one of things that lead to a growth rate that used to be double-digits in China. Now we’re assuming it’s going to be mid-single digits. But that’s still significantly higher than in Europe or the U.S.

This is going to be a big market for many years to come. It’s going to go through cycles. You’ll see good years and bad years. But this is going to drive a lot of growth for companies like ours.

In Novartis’s latest fourth quarter, growth was just 5% in China. Why?

Single-digit growth is going to be the new normal in China. We had consistently seen 11% or 12% growth five or six years ago. The economic slowdown has led to a slowing because a lot of pharmaceuticals in China are still paid out-of-pocket. But we’re saying look, when you compare to U.S.’s 1% to 2% growth or Europe’s 1%, it’s pretty good.

The government has recently worked to reduce drug costs. Does that pressure Novartis?

The Chinese government is trying to make their reimbursement bills stretch as far as they can. It’s not just the pharmaceuticals but the whole healthcare system in China.

So tendering becomes more intense when local provinces will tender for a particular type of drug, or use reverse auctions to try to drive the prices down. Even with all that pricing pressure and with the slowdown of the economy, you still see this single-digit growth, so it’s still pretty good.

So pricing pressures and lower growth will define China in the future?

It’s the new normal everywhere. This is part of the pharmaceutical industry now. In situation like that, you’d better be innovating. Because if you’re innovating and bringing new drugs to market that really are breakthroughs, they’re going to get reimbursed.