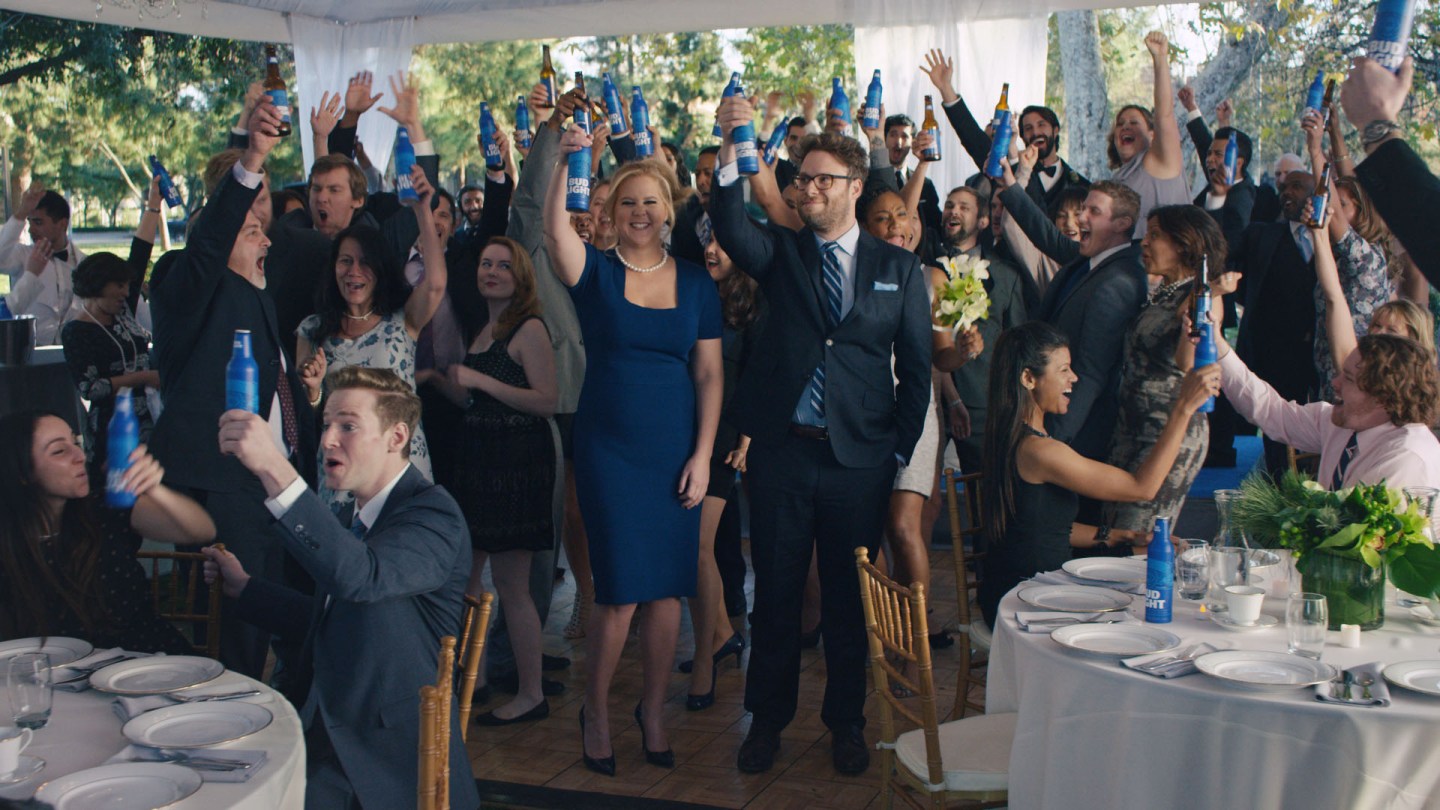 In the ad, Rogen says: “Bud Light proudly supports everyone’s right to marry whoever they want.” Schumer and Rogen then toast “to the groom and the groom!”

“June is the height of wedding season, and it is also LGBT Pride month in America,” Bud Light said in a press release announcing the new ad. “That’s why right now is the time to spark a national conversation by celebrating every kind of wedding – and everyone’s right to marry whoever they choose.”

The brand has been getting political for months as part of its ongoing “The Bud Light Party” advertising campaign, which plays off of the presidential election season with ads that feature Schumer and Rogen parodying candidates making campaign stops across the country while pitching beer. The latest commercial arrives in time for the start of June, which President Barack Obama recently proclaimed to be LGBT Pride Month, as the month marks the one-year anniversary of the U.S. Supreme Court’s historic decision legalizing same-sex marriage in all 50 states.

The Bud Light ad will continue rolling out on social media this week while also debuting in primetime television spots, and Bud Light has also put up rainbow-lit billboards for the remainder of the month in New York City, San Francisco, and Los Angeles, according to the Wall Street Journal.

The brand’s new ad also follows AB-InBev’s relabeling of regular Budweiser as “America” for the summer.