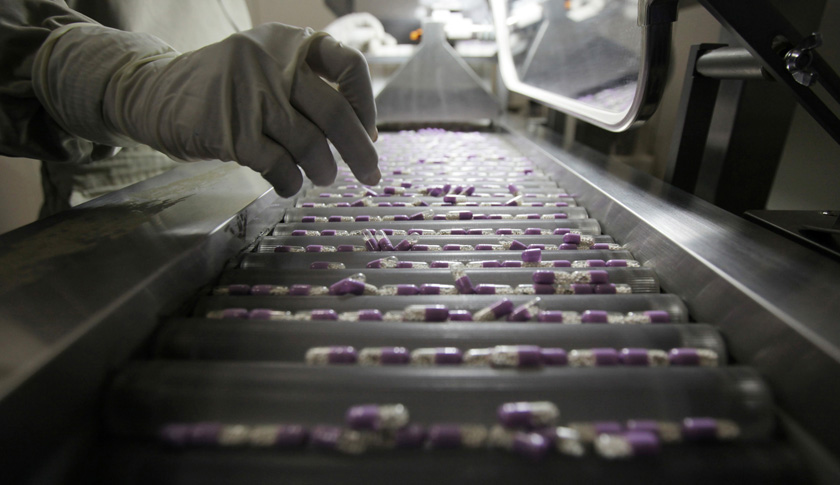 Capsules are laid out for inspection on the production line of the Popular Pharmaceuticals Ltd. generic drug factory in Dhaka, Bangladesh, on Tuesday, Jan. 10, 2012. Bangladesh's central bank this month raised interest rates for the second time in four months to curb inflation that has exceeded 9 percent since the start of 2011. Photographer: Tomohiro Ohsumi/Bloomberg via Getty Images
Photograph by Tomohiro Ohsumi — Bloomberg via Getty Images

The U.S. Department of Justice (DoJ) has subpoenaed India’s largest drugmaker Sun Pharmaceutical Industries Ltd seeking information about the pricing and marketing of the generic drugs it sells in the United States, the company said on Saturday.

The DoJ’s antitrust division has also asked Sun Pharma’s U.S. unit for documents related to employee and corporate records and communications with competitors.

The subpoena comes amid a wider probe by U.S. regulators into steep increases in the prices of generic medicines in recent years.

For more on drug pricing, watch:

They specifically cited doxycycline hyclate 100 milligram, an antibiotic for which the price doubled in the year through June 2014.

Sun Pharma, the world’s fifth-largest maker of generic medicines, is one of several companies selling doxycycline products in the United States. In a statement issued late on Saturday, it did not disclose the products over which the DoJ had sought information.

Other generic drugmakers including India’s Dr Reddy’s Laboratories and U.S. firm Allergan also received subpoenas from regulators seeking similar information last year, but they did not disclose the names of the products involved.