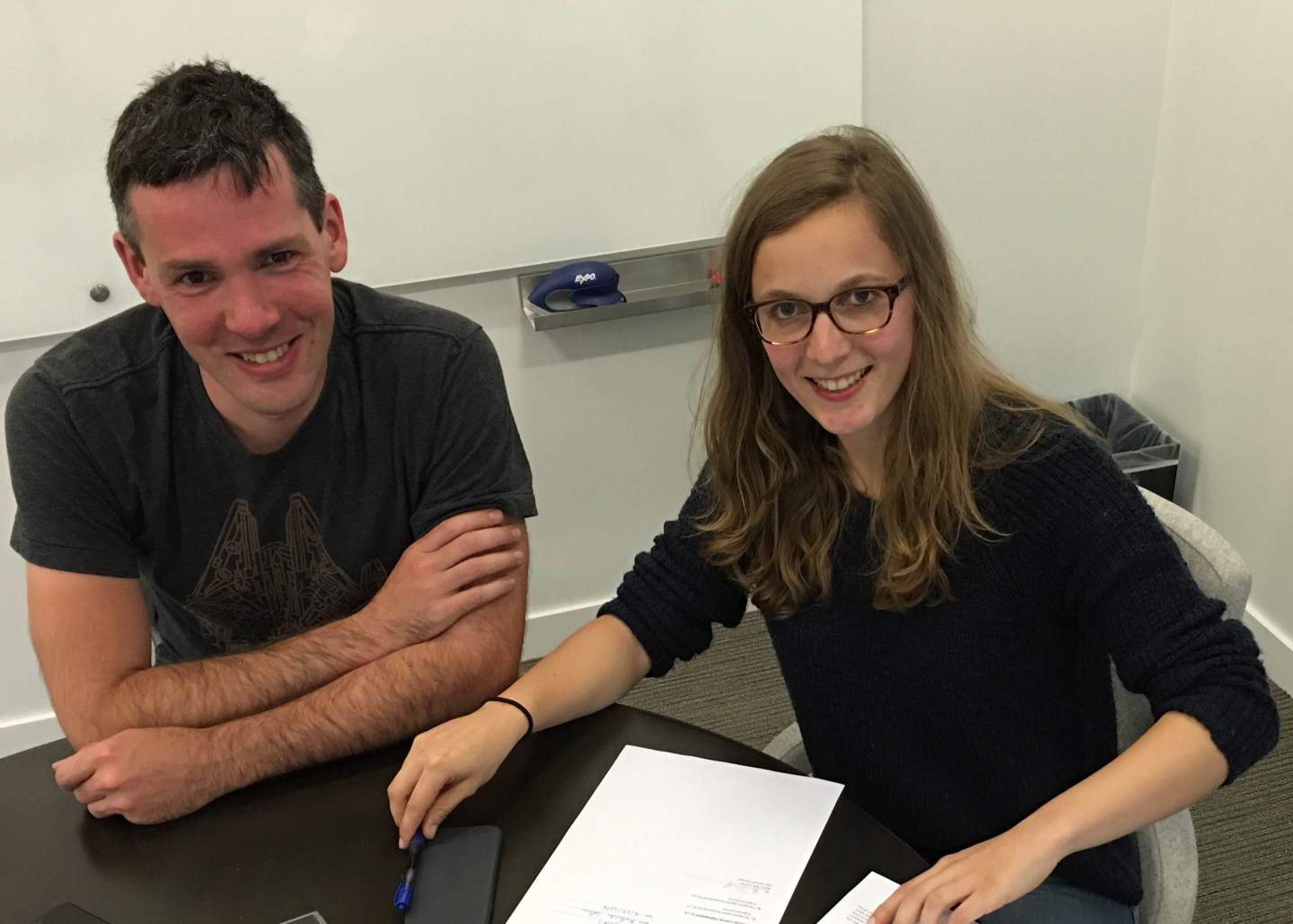 The Y Combinator company, which moved to San Francisco in January 2014, disclosed a $10 million Series A round on Thursday, led by Social Capital co-founder and general partner Mamoon Hamid—one of the earliest investors in Yammer (now part of Microsoft), Slack, and Box (BOX)—as well as Slack founder Stewart Butterfield.

Eoghan McCabe, co-founder of Irish customer communications startup Intercom (another Social Capital portfolio company), also participated. What’s more, in her blog post about the investment, Collin thanks Stripe co-founder Patrick Collison for “being so bullish about what we’re doing.” (He’s not listed as investor.)

Front’s mission is refreshingly simple: make it simpler for organizations to manage emails that are directed at groups of people, such as the customer support or marketing teams, rather than individuals.

“Email was made for one-to-one communications, not teams,” Collin tells Fortune, describing an ongoing frustration shared by pretty much every business.

Front’s application reinvents the way an inbox is organized, so everyone assigned to a team can see related message threads even if they’re not carbon-copied explicitly.

“Email will be multiplayer: CCs and BCCs will disappear and give way to a “share” feature, forwarding an email will be replaced by a ‘comment’ function, reply-all will give way to subscribe/follow mechanisms,” Collin writes on her blog.

Those of you pondering the irony of Butterfield’s participation—after all, isn’t Slack often described as an email killer?—should take note of Hamid’s view that Front will be an essential component of what Social Capital views as an emerging new business communications ecosystem. Messaging apps will take on increasingly specific roles in this world. In his own blog about the Front funding, Hamid writes:

As we look at the changing ways people are working, we believe that:

So far, Front has signed up about 1,000 customers, Collin cites. The company has also integrated its app with at least 20 other cloud services and collaboration systems. For example, Front emails can automatically be pushed into Slack communications channels or turned into tasks within the Asana project management platform. Front also connects to Salesforce, Atlassian’s Jira system, Facebook, and Twitter.