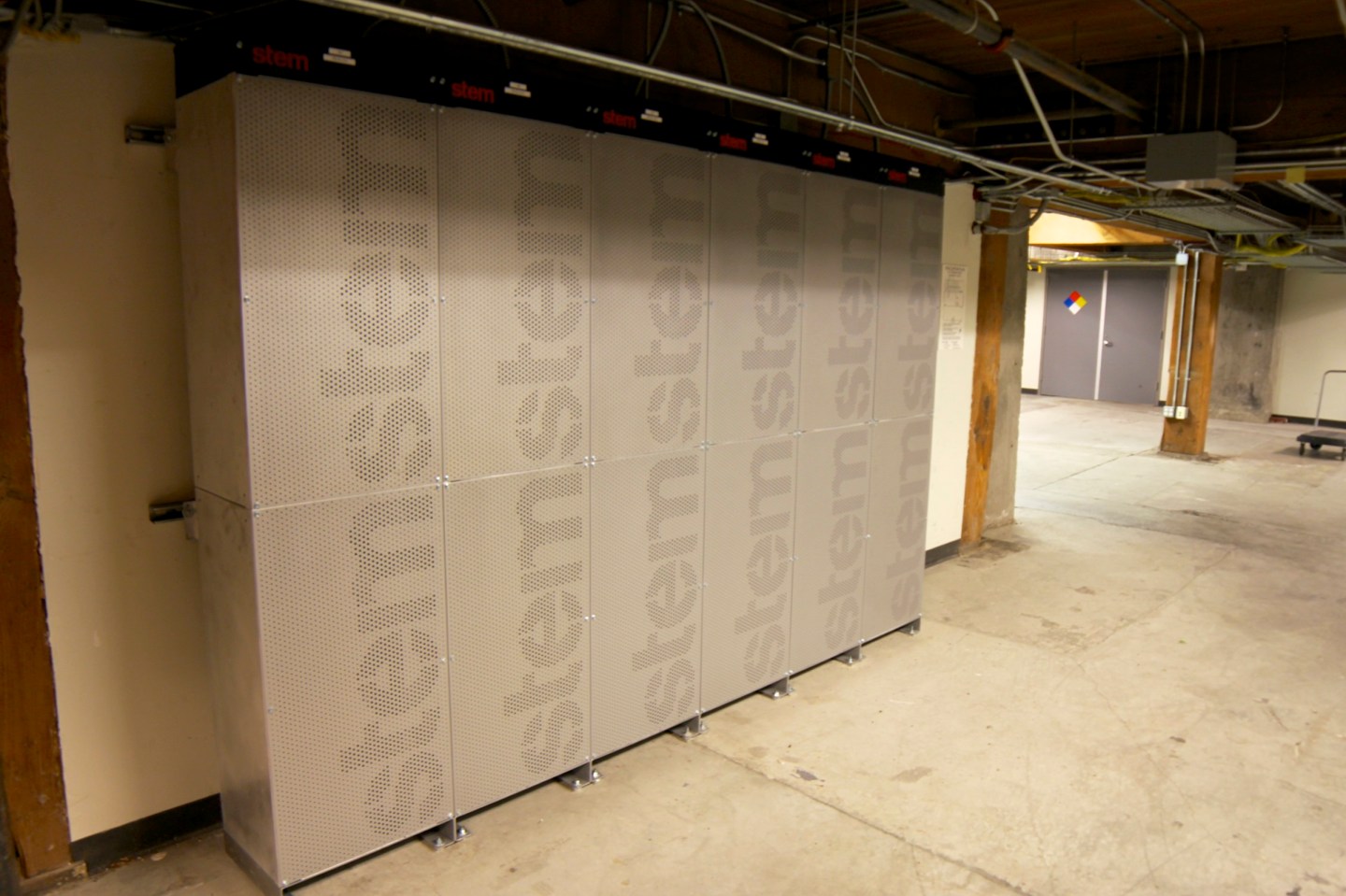 While billionaire investor Peter Thiel has been grabbing headlines for his reported support of Hulk Hogan’s lawsuit against Gawker (as well as his backing of Donald Trump), one of his investment firms has shown interest in something that’s a lot less contrarian: batteries.

On Wednesday, battery startup Stem announced that it’s raised a new round of $15 million, led by Mithril Capital Management, a fund co-founded by Thiel and Ajay Royan to invest in tech startups that are growing quickly. Mithril is reportedly out raising a second fund of $600 million.

Stem buys batteries from battery giants like Panasonic and Samsung, then installs them in the basements or backyards of companies’ buildings. The startup then uses smart software to shift the energy load of the building over onto the batteries when the power grid rates are high.

With this battery tech, Stem’s customers like Wells Fargo (WFC), Safeway (SFY), Whole Foods (WFM), and Reliance Steel (RS) can lower their monthly energy costs significantly. Energy geeks call this type of battery application “behind the meter,” and it’s seeing growing interest from businesses with a lot of facilities and high energy costs.

For more on new battery technology watch our video.

Utilities can also work with Stem so that they can shift the energy loads of buildings that plug into their grid over onto batteries during peak times of day, like a hot summer afternoon. In this way, they have another option for how to manage the demand on their grids.

Stem is one of only a couple startups that won huge deals to work with utility Southern California Edison to use batteries to help the utility manage its grid. Stem plans to deploy a whopping 85 megawatts of batteries to Southern California Edison customers by 2021. For comparison, there were only 221 megawatts of energy storage deployed in the U.S. in 2015, according to GTM Research.

Stem’s business model relies on the recent drop in the costs of lithium-ion batteries, which began when these rechargeable batteries became the de facto choice for most cell phones, laptops, and many gadgets. Now battery giants like Samsung and Panasonic are investing in growing their manufacturing, and dropping the costs, of these batteries to be plugged into the grid, paired with solar panels and used to power vehicles, like Tesla’s electric cars.

Stem will use the funds to grow its customer list. The company says its battery tech has been installed at 440 facilities in California and Hawaii.