Why Adidas is Turning to Robots in Germany and the U.S. 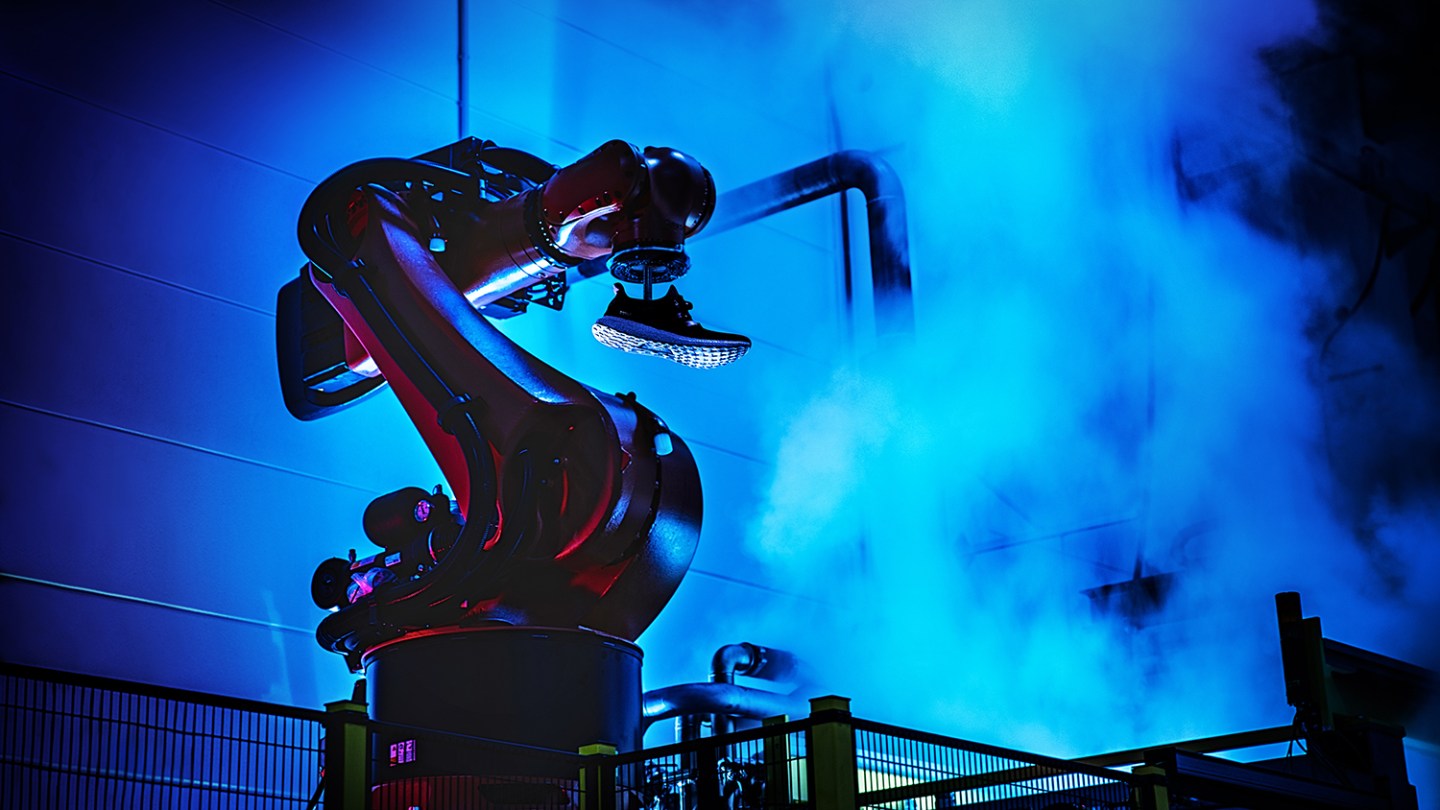 At the end of last year, the German sports-shoe firm Adidas said it would pilot a new automated manufacturing process in a facility called Speedfactory. The test worked: As of next year, the factory in the Bavarian town of Ansbach will begin large-scale production.

What’s more, Adidas will also open a second Speedfactory in the U.S. in 2017, followed by more in Western Europe. According to the company, the German and American plants will in the “mid-term” each scale up to producing half a million pair of shoes per year.

Does this pose a threat to Adidas’s traditional manufacturing base in China, Indonesia and Vietnam? After all, labor in the region is becoming less cheap these days, and manufacturers are increasingly turning to robots— just last week, the South China Morning Post reported that electronics manufacturer Foxconn managed to do away with 60,000 jobs in just one factory, through the introduction of robotic systems.

According to Katja Schreiber, Adidas Group’s senior director of corporate communications, the answer is no—at least, for now.

At the moment, Adidas is producing 301 million pairs of shoes per year and growing its output in the double digits annually. That’s not even counting apparel and accessories. “We are also expanding our traditional sourcing and supply chain,” Schreiber told Fortune.

As the firm tells it, Adidas’s Speedfactory push is not about replacing people so much as it is about, well, speed.

“The current model in our industry is very much based on us sourcing products from countries where our consumers are typically not based,” said Schreiber. “By the time the consumer gets the products, the actual order placed by the retail partner was many months ago.”

“We’re trying to bring our products closer to where our consumer is, cutting out the phase where the product needs to be transported. Ideally retailers will be able to place orders based on current trends, and we won’t need to keep huge warehouses of products just in case.”

The move will, of course, also provide jobs in the countries where the Speedfactories are located. According to Schreiber, 160 roles are being created at Oechsler Motion, the company that is actually building and will operate the Ansbach Speedfactory.

Other partners are also involved in devising the new manufacturing techniques that the facility will host—for now, German companies are the main beneficiaries, but others will also be involved as Speedfactories appear in other countries.

“Our goal is not full automation,” said Schreiber. “There are highly skilled employees working in these facilities.”