The Occupy Movement Comes of Age 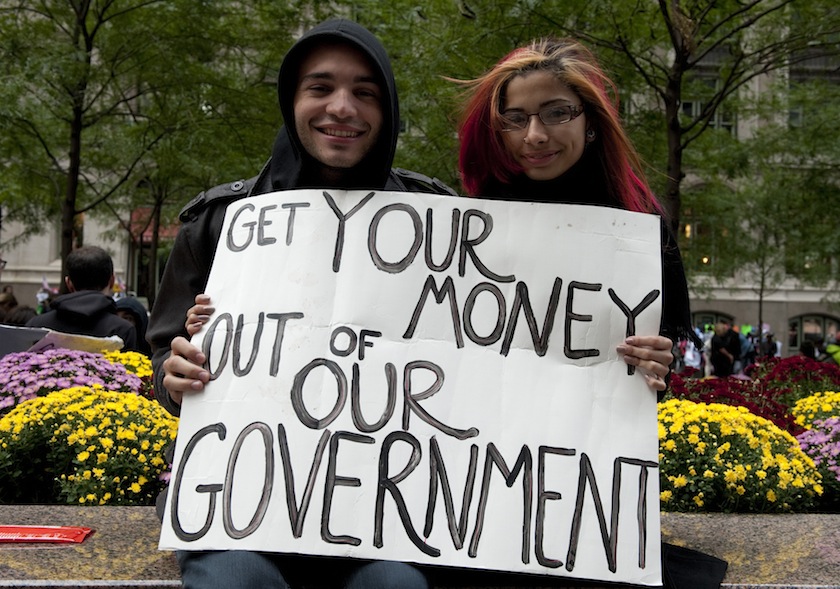 In late 2011, the Occupy movement was front and center. Americans, especially young people, were protesting in numbers that had scarcely been seen since the Vietnam War era.

The movement, which started in lower Manhattan but spread to cities all over the U.S. and the world, was considered a potentially seminal political moment. Along with protesters in the Arab world, Time (Fortune’s sister publication) named “The Protester” as its “Person of the Year” in 2011.

But following a series of police actions on Occupy encampments — most notably the dispersal of protesters from lower Manhattan’s Zucotti Park — the movement mostly fizzled. Micah White, one of the co-creators of the Occupy Movement, has admitted it was in may ways a failure.

But the spirit of Occupy lives on.

On Tuesday in Washington, a group called Take on Wall Street announced that it was launching a new campaign focused on limiting the power the financial sector exerts over the political process and the economy—very similar goals to the Occupy movement. Unlike Occupy, though, which was almost entirely a grassroots movement, Take on Wall Street has institutional and financial heft behind it. Groups like The AFL-CIO and the American Federation of Teachers are both involved, reports The Washington Post.

Take on Wall Street isn’t strictly a protest movement. “We are going to make this an issue in congressional races. No one will be able to run from this,” said Richard Trumka, president of the AFL-CIO, to the Post.

Turning to elections could be a prudent move. The success of Vermont Senator Bernie Sanders in the 2016 Democratic primary race and, to a lesser extent, Donald Trump suggests that Occupy’s fundamental message—that the financial and political system is rigged in favor of the 1%—has gained ground over the past five years.

Indeed, Bill Ayers, the 1960s radical best known for his involvement in the Weather Underground, told Fortune that he believes the current surge of populist politics goes right back to Zucotti Park. “Bernie Sanders would not be where he is without Occupy,” Ayers says.

Some of the grassroots supporters behind Sanders’ bid for the presidential nomination have ties to Occupy. Winnie Wong, co-founder of online activist group People for Bernie, was in Zucotti Park for the entirety of the encampment, according to a Bloomberg story from earlier this year. Stan Williams was an Occupier before he founded African-Americans for Bernie, reports The Guardian.

The Occupy-influenced left still has lot of hurdles to jump over—Bernie Sanders may have done surprisingly well in the primaries, but he is still on track to lose the Democratic nomination to Hillary Clinton. But, much like the Tea Party on the right, the progressive left seems poised to throw its weight around within the Democratic Party.