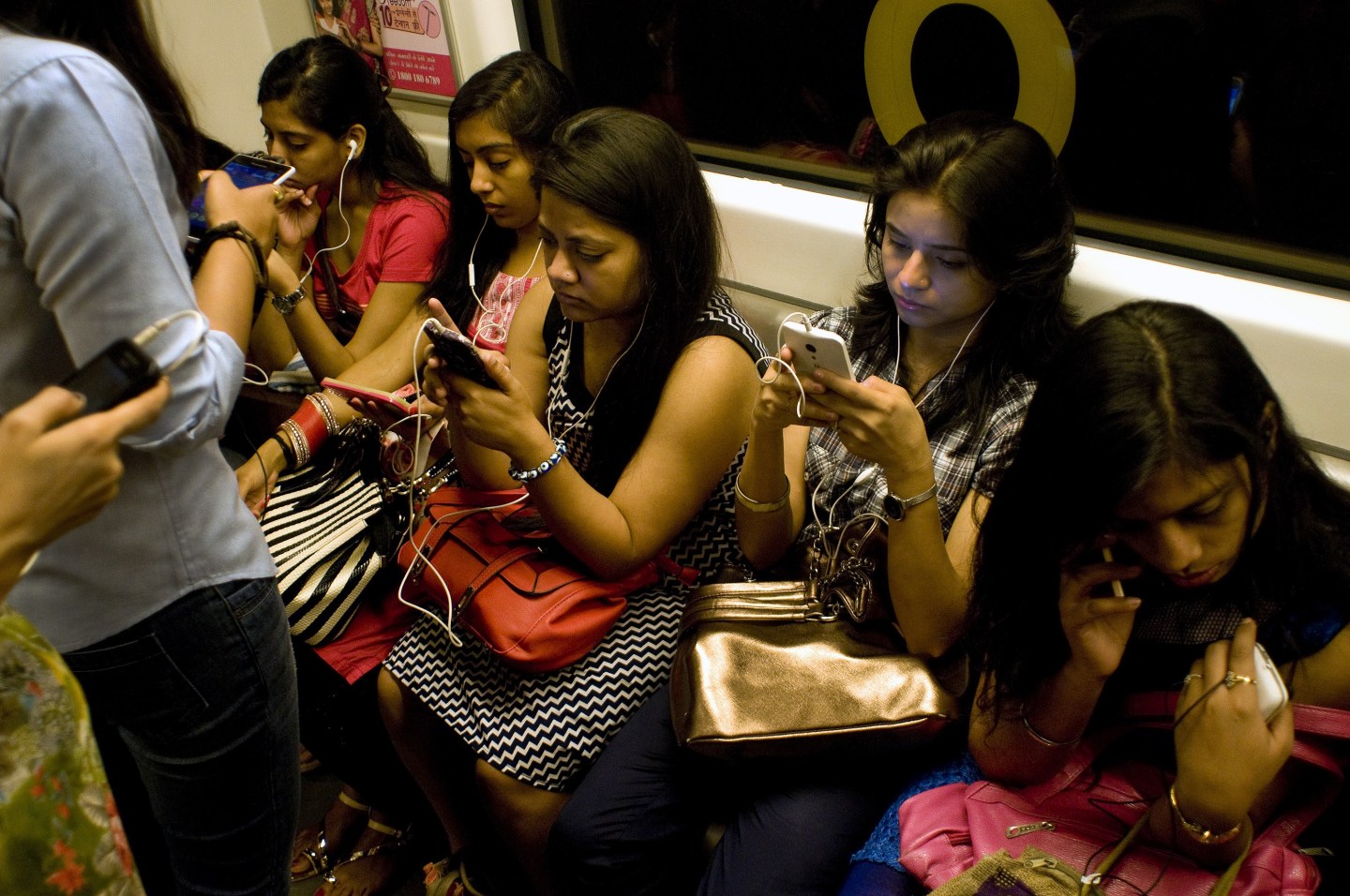 With slowing iPhone sales in China, Apple is having to take India more seriously, but investors hoping for a stock price fillip from CEO Tim Cook’s week-long Asia trip instead were given a taste of the daunting challenges that lie ahead.

The second leg of Cook’s trip, to India, the world’s third-largest smartphone market, comes at a crucial time as Apple battles slowing growth in China, its second-biggest market. But the challenges suggest it will be years before India is anything close to a major earnings pillar for the U.S. tech giant.

“With China saturating, everybody has no choice but to look at India, and Apple’s rivals have been strengthening there in the last two years. Apple is playing catch-up,” said Ville-Petteri Ukonaho, a senior analyst at Strategy Analytics.

While the numbers in India suggest huge potential—fewer than two in every 10 of the country’s 1.3 billion people have a smartphone—the world’s fastest growing major market operates differently to other markets where Apple has enjoyed stellar growth and high margins.

Apple’s traditional model is to sell its phones at full price to local telecoms carriers, which then discount them to users in exchange for charging them for data as part of a multi-month contract. Not so in India.

“In India, carriers in general sell virtually no phones and it is out in retail—and retail is many, many different small shops,” Cook told analysts recently. “Because smartphones there are low-end, primarily because of the network and the economics, the market potential has not been as great,” added Cook, likening India to the Chinese market 7-10 years ago.

In meetings with India’s two largest carriers, Bharti Airtel and Vodafone, Cook discussed ways to work more closely to sell iPhones, including whether a contract pricing model could work in India. He said Apple sees opportunities to expand in the market as operators roll out 4G services.

“The trip was more about understanding the Indian market, but was also about signaling to the world that Apple has arrived in India,” said Vishal Tripathi, research director at Gartner.

Another challenge for Apple is how to be a premium-end player in a low-income market.

“In India, incomes are so low that not many customers appreciate the full value of the Apple ecosystem, and it will take a lot more effort for Apple to sell the Macs and iPads in Indian stores compared to China,” said Strategy Analytics’ Ukonaho.

India is a more price sensitive market than China, and Apple’s relatively expensive iPhones are out of reach to most Indians, who on average live on less than $3.10 a day according to World Bank data.

With per capita income of $1,570 as of 2014 and the average smartphone selling for less than $90, a third of the global average, India’s market growth is predominantly led by cheaper phones. High-end smartphones—costing from $300—make up only 6 % of the market, or just 6 million units, according to Morgan Stanley.

Rebuffed by India’s government in its plan to import and sell used, refurbished iPhones, Apple has seen only slow growth in a market dominated by Samsung Electronics and Chinese brands.

That issue was not resolved in talks with Indian Prime Minister Narendra Modi—which a Modi aide called “extremely successful”—and government officials have pressed Apple to set up manufacturing facilities in India, said officials involved in discussions, a move that would create jobs and boost Modi’s “Make in India” initiative.

“Now it’s for Apple to talk about their plans,” the Modi aide said.

Apple declined to comment on what Cook achieved on his Asia trip.

Apple’s brand awareness ranks 10th in India, trailing Samsung, Sony, Blackberry and some local rivals. Almost half of respondents in a Morgan Stanley survey said they do not know Apple.

While Apple is likely to double its share in the $400-plus segment to 40%, it “has to significantly increase its store presence, ramp up marketing, and add local content,” the brokerage said in a recent note.

A first Apple retail store in India is unlikely to open its doors until next year at the earliest.

In internal meetings, Cook stressed how Apple wants to increase its retail operations in India and work with re-sellers to make its products available more widely. “We’ve been hiring for India retail and distribution for the last few months, and Tim’s message was that we need to double down on that,” said an Apple official in India.

In China, where iPhone sales slumped in January-March and some online entertainment services were suspended, Cook also had little to cheer investors.

But when he asked about the shutdown of online services and emphasized that Apple had followed procedures in establishing those services, he was told only that China would look into it, the people said.