Xiaomi Revenues Were Flat in 2015 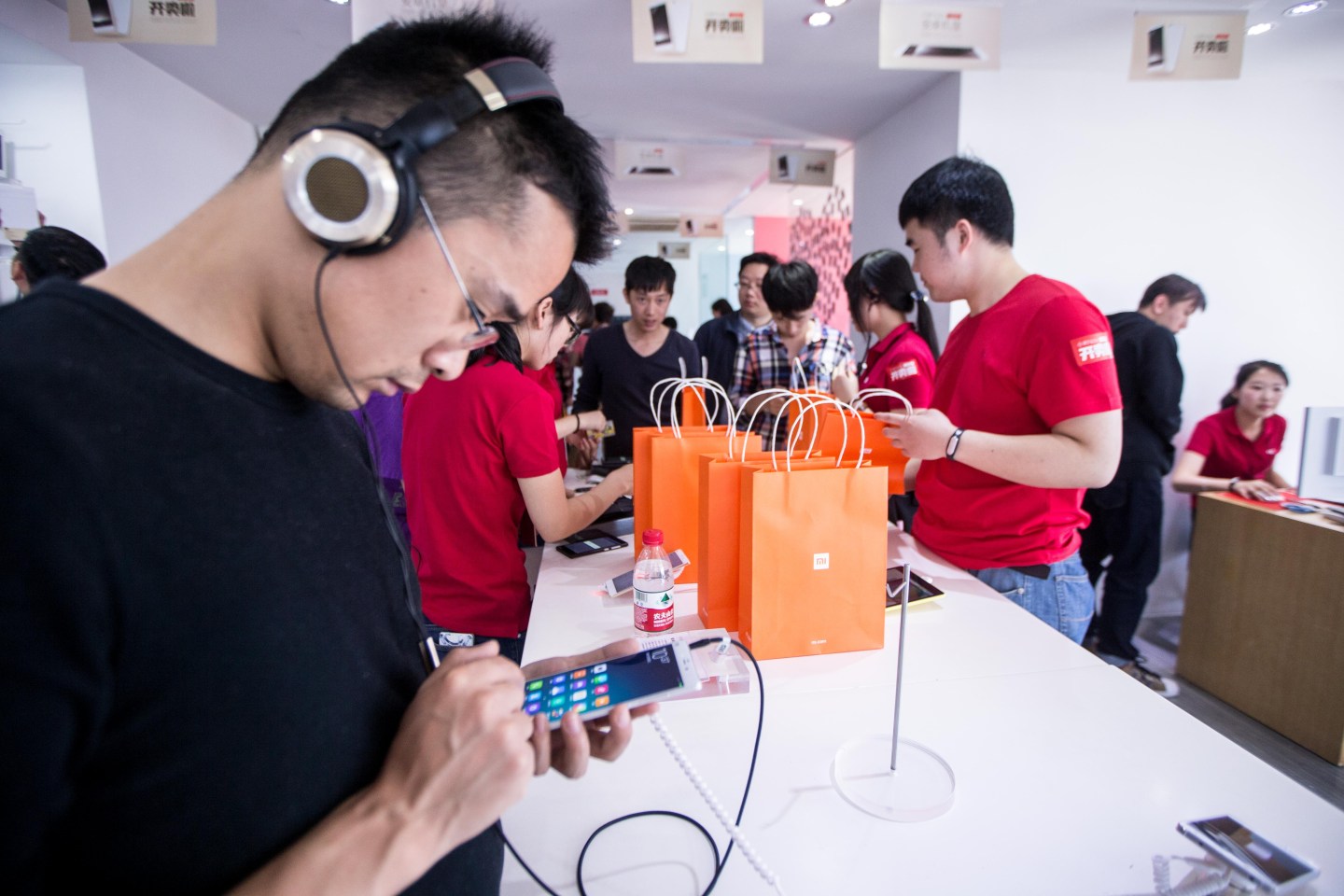 Customers look at Xiaomi phones at a Xiaomi experience store on May 12, 2105 in Hangzhou, Zhejiang province of China.
Photograph by ChinaFotoPress via Getty Images

Xiaomi, the Chinese smartphone maker and second highest-valued startup in the world at $45 billion, barely grew sales at all last year.

Revenue for 2015 reached 78 billion yuan ($12.5 billion), a 5% rise from 2014’s 74.3 billion yuan, a person in the company’s public affairs office said for the first time over the weekend. Taking into account the falling value of the Chinese currency, the yuan, sales rose 3% in U.S. dollar terms.

Xiaomi has been mum about the 2015 sales total since founder Lei Jun gave a revenue target of 100 billion yuan ($16 billion at the time) at a government meeting in March last year. The Xiaomi public affairs official, Ge Liang, announced the 2015 figure in an interview this weekend at a Beijing tech conference. The interview later ran on a few Chinese news sites, including the conference’s own. (One of the news sites, China News Net, has since deleted it.) A Xiaomi spokeswoman says, “We have never shared the revenue figure and we are not able to comment on the figure that you shared. What we have shared is we sold over 70 million smartphones in 2015 despite the shrinking of the smartphone market.”

Flat sales growth represents a dramatic change of fortune for Xiaomi, which until recently appeared to be enjoying the momentum befitting China’s hottest startup. It was coming off sales growth of 135% in 2014, and in early 2015 founder Lei Jun said at a press conference that Xiaomi’s new smartphone was even better than Apple’s iPhone. However the phone, the Mi Note, amassed early user complaints about hot temperatures and didn’t become the mega-seller the company might have hoped. Later in the year Xiaomi suffered from the dramatic slowdown in China’s overall smartphone market, where shipments grew just 2.5% last year.

A new flagship phone that Xiaomi debuted in February at Barcelona’s Mobile World Congress could give phones sales a boost this year, but it’s more than just phones that were underwhelming for Xiaomi last year.

Xiaomi’s Internet services revenue from apps and games missed its $1 billion sales target, hitting $560 million in 2015, according to one current investor.

Xiaomi’s $45 billion valuation, which trails only Uber’s in size for a private tech company, has been scrutinized lately. That will likely continue following the disappointing revenue news. Xiaomi’s valuation implies the company is worth roughly 75 times its earnings, an earnings multiple appropriate for a fast growing Internet company but not a slow-growing seller of smartphones.

Xiaomi is expanding into Internet services and products as diverse as air purifiers and hoverboards in its bid to expand beyond smartphones. But so far those remain a small percentage of revenues, roughly 5% of the total, and their growth isn’t enough to make up for slowing smartphone sales that make Xiaomi’s top line look downright pedestrian.

With reporting by Tian Chenwei.