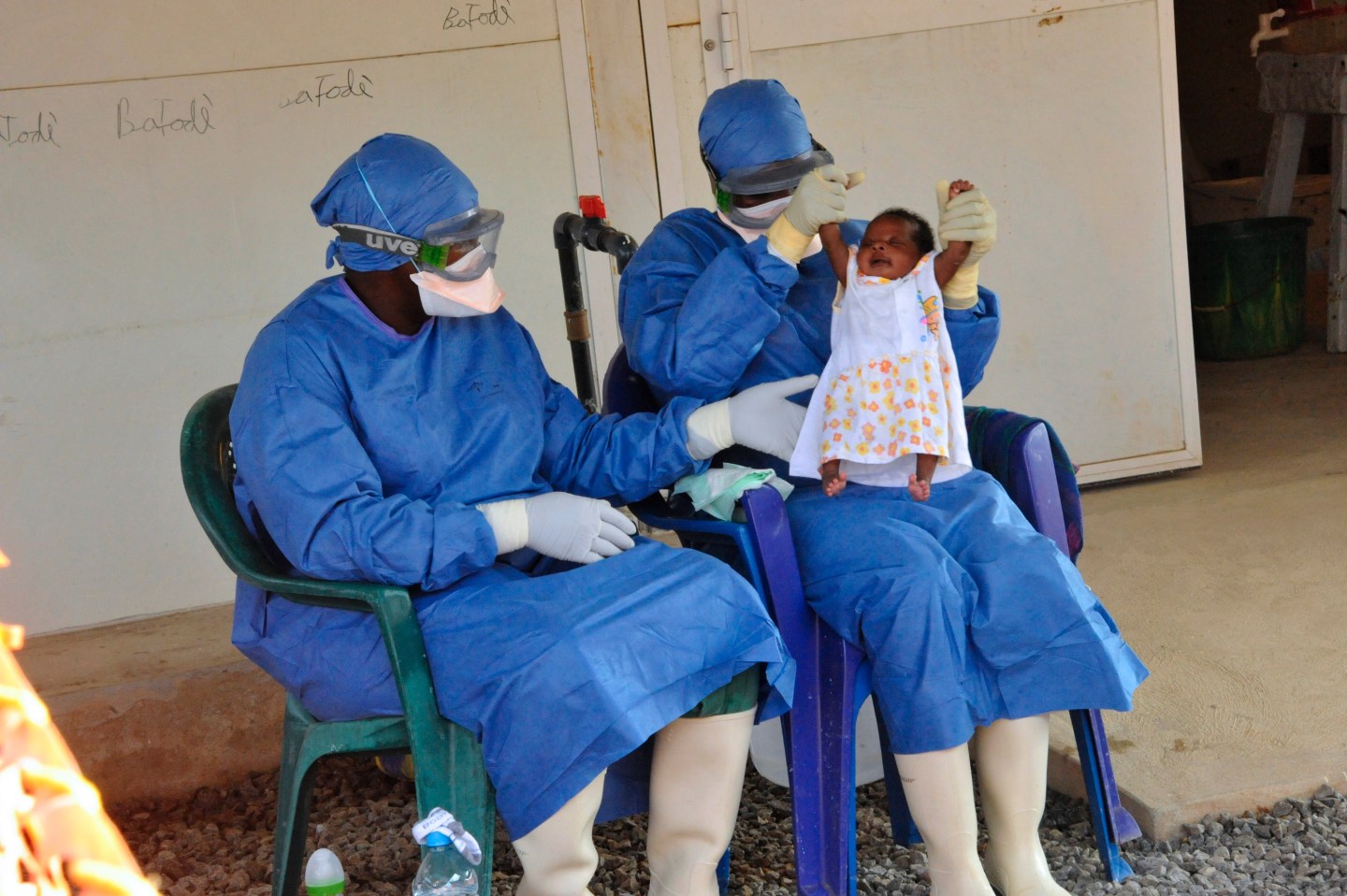 Medical workers present Noubia, the last known patient to contract Ebola in Guinea, during her release from a Doctors Without Borders treatment center in Conakry on November 28, 2015. The 34-day-old baby, officially declared treated on November 16, was presented by personal from the treatment center, with applause, during an emotional ceremony, in the presence of her family. AFP PHOTO / CELLOU BINANI / AFP / CELLOU BINANI (Photo credit should read CELLOU BINANI/AFP/Getty Images)
Photograph by Cellou Binani—via AFP/Getty Images

The global health community was roundly chastised for its tardy response to the Ebola epidemic of 2014-2015. Now, the World Bank is creating a new financial tool to ensure such delays don’t happen again.

Over the weekend, the organization launched the Pandemic Emergency Financing Facility (PEF), dubbing it “the first-ever insurance market for pandemic risk.” The fund was created in collaboration with the World Health Organization (WHO) and private firms, and is meant to siphon money to poor, afflicted areas quickly in the wake of an infectious disease outbreak.

“Pandemics pose some of the biggest threats in the world to people’s lives and to economies, and for the first time we will have a system that can move funding and teams of experts to the sites of outbreaks before they spin out of control,” said World Bank President Jim Yong Kim in a statement. “This facility addresses a long, collective failure in dealing with pandemics. The Ebola crisis in Guinea, Liberia, and Sierra Leone taught all of us that we must be much more vigilant to outbreaks and respond immediately to save lives and also to protect economic growth.”

The World Bank’s announcement comes just a week before the G7 Summit in Japan, the first nation to contribute to the fund with a $50 million donation.

The Pandemic Emergency Financing Facility is structured as a two-tiered financial mechanism with both insurance and cash components. The insurance portion will stem from the World Bank’s catastrophe bonds and provide up to $500 million in coverage for up to three years for the most common pandemic-causing pathogens (all three types of flu virus, SARS, MERS, Ebola, etc.). The cash portion is meant to combat “emerging pathogens,” or pathogens which are less likely at this point to cause a massive outbreak. A total of 77 developing countries will be eligible for coverage.

The World Bank cited recent outbreaks of MERS, SARS, Ebola, and Zika as major reasons for creating the PEF. The organization also pointed to the fact that delayed deployment of funds to Ebola-hit nations significantly exacerbated the outbreak.

Infectious diseases are the second leading cause of death in the world. More than 11,000 people died from Ebola infection before the WHO declared Liberia, the last country to be affected by the pandemic, Ebola-free in January of this year.