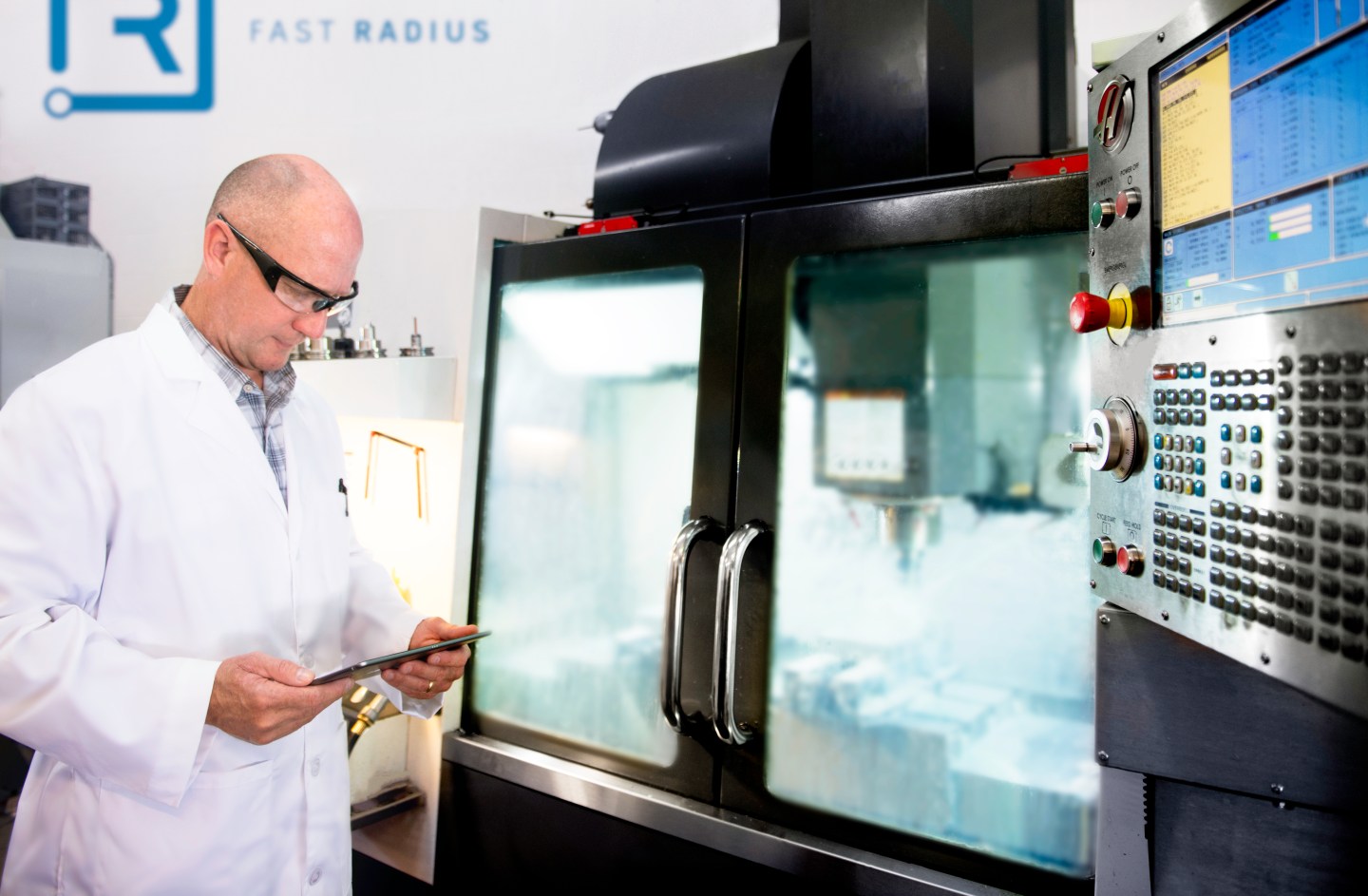 Shipping giant United Parcel Service thinks 3D printing has come of age and aims to capitalize on that. On Wednesday the company said it is launching a distributed network that will enable customers to order and receive 3D printed parts quickly—within a day in some cases.

UPS (UPS) started down this road last year by putting 3D printing stations from Fast Radius into its UPS Store locations. Now it’s teaming up with SAP (SAP) to integrate SAP’s supply chain capabilities to create what a UPS exec called an “end-to-end system” that spans the initial order to final delivery of a product. And it’s putting a major 3D printing facility at its Louisville, Ky., shipping hub.

The supply chain smarts are needed: What good does it do to order a part in a hurry if the materials to print it are out of stock?

For those who don’t follow this field, 3D printing, sometimes called additive manufacturing, is a process that deposits layer upon layer of material in a pattern. It’s like an inkjet printer but one that uses plastic or a composite instead of ink. The printer deposits material in a pattern following a blueprint until a three-dimensional structure emerges.

Broadly speaking, this process can print out anything from tiny circuit boards to automotive components. MIT researchers have even demonstrated the ability to 3D print a house in a day.

The UPS network news comes out of SAP’s big Sapphire Now conference and the integrated service should be available by the first quarter of 2017. At that point it should be possible, in some cases, for UPS “to take an order in the early evening and have the part made and delivered the next day,” said Alan Amling, vice president of UPS Supply Chain Solutions.

SAP and Microsoft Launch Yet Another Alliance

This is an attractive proposition for companies wanting to reduce the amount of physical inventory they have to carry. “Right now many companies have a lot of just-in-case inventory, parts that can sit on the shelf for years,” he said. What the UPS network promises is more just-in-time delivery.

The network is about more than the printing. In theory, the system will see from an incoming order if the desired part is 3D-ready and if so whether it makes more sense to print it on demand or, if the part is available somewhere, to pull it from stock. It would also calculate costs and tax implications of either option, Amling said.

When the integration is done, once an ordered part is deemed “3D printable” the process can be handled manually through an approval process or automatically through a rules-based process that routes the order, said Gil Perez, SAP senior vice president of digital assets and Internet of things

“We really see the 3D print revolution going to industrial use,” Amling added. “We see this as the Shutterfly of manufacturing.” Shutterfly (SFLY) is an online service that lets consumers easily upload photos and create custom photo albums on demand.

For more on 3D printing, watch:

Research firm IDC would likely agree. It estimates the market for 3D printing will hit $26.7 billion in 2019, up from $11 billion last year, a 27% compound annual growth rate.