This World Leader May Soon Pop Up on Your Tinder 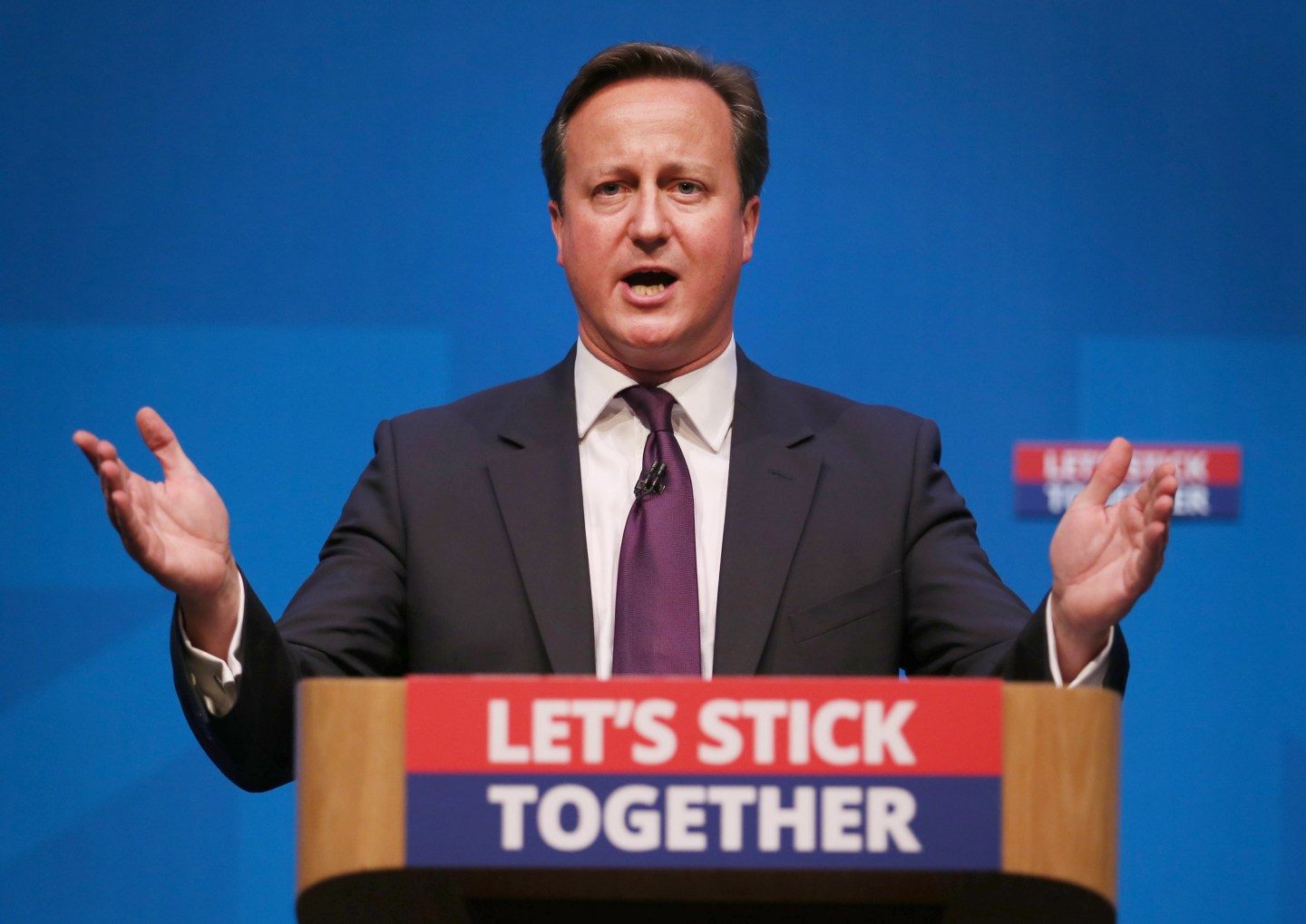 Rumors have been flying around that British Prime Minister David Cameron is joining Tinder (MTCH) to connect with young voters. While that’s not exactly true, the New York Times reports that his office is considering using the platform for advertising. They’re also considering joining TheLADbible, a website community for men between 16 and 30 years old, and other “hip” ways to get in touch with Britain’s youth.

This all has to do with an upcoming referendum on June 23 when citizens will vote either for or against a “Brexit”—the British exit from the European Union. While young Britons are more likely to oppose the measure than voters over 45, they are much less likely to vote.

Cameron held a meeting last week with representatives from social media outlets including Facebook (FB), Twitter (TWTR), Google (GOOGL), and BuzzFeed to try to encourage a younger audience of about 7 million to register to vote by the June 7 deadline.

Youth campaign group Bite the Ballot was also in attendance and is expected to partner with Tinder in a “Swipe the Vote” type of program. The group had organized that program in the U.S. to encourage young people to vote by asking them to show their approval or disapproval of certain political issues on Tinder by swiping either right or left.

Unfortunately, as one U.S. politician already discovered, Tinder may not be the best platform for a campaign. Hawaii State Senate candidate Greggor Ilagan tried using it to woo voters, but found that people on the app weren’t really using it to talk politics.