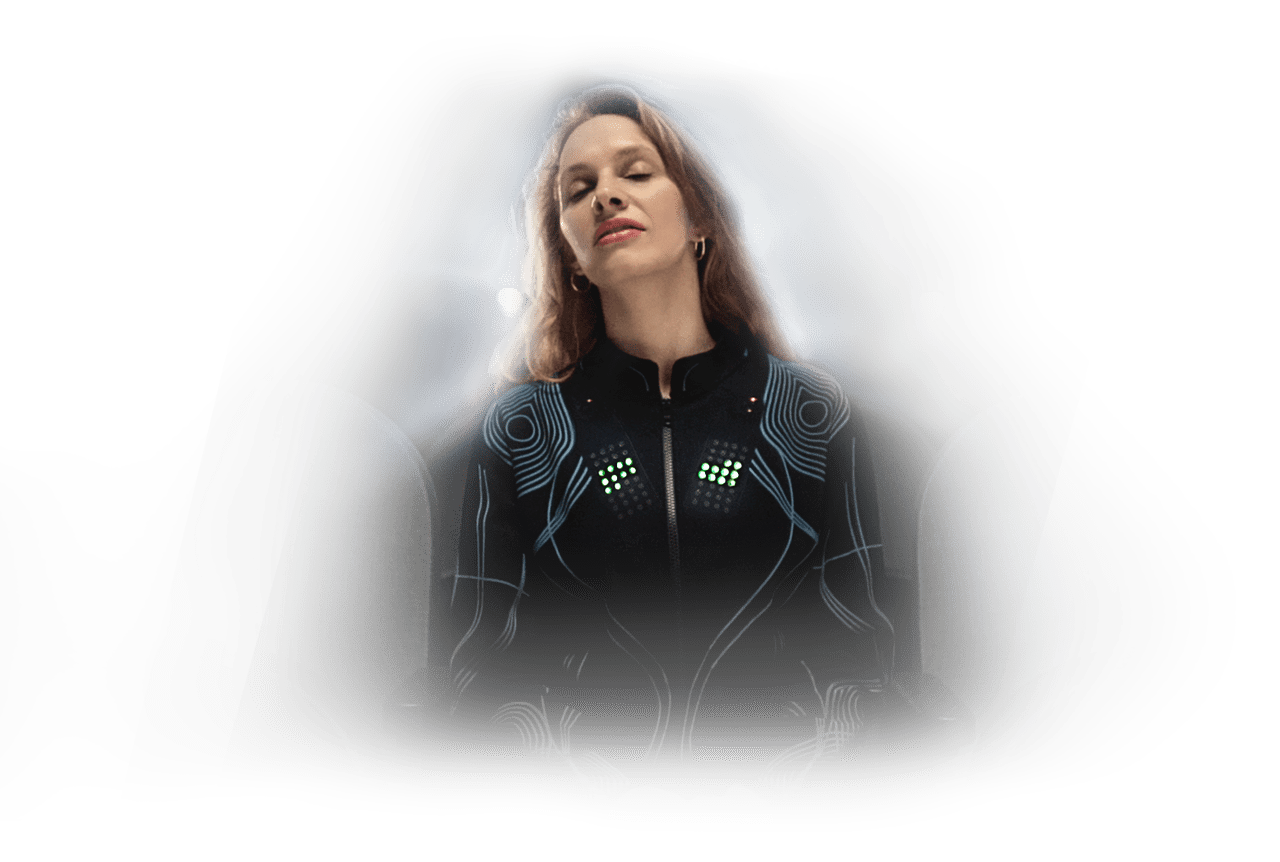 Tech-infused fashion isn’t just about looking good—it can have some groundbreaking uses too, as a company called CuteCircuit is proving.

The London-based tech-fashion firm, which has recently provided Katy Perry with (literally) flashy outfits, has just successfully tested a shirt that can help deaf people feel the music they cannot hear.

The Sound Shirt is an adaptation of a CuteCircuit concept called the Hug Shirt, of which the company has produced around 100 prototypes over the last decade. A German orchestra, the Jungen Symphoniker Hamburg, commissioned then bought this latest version.

The Sound Shirt is connected to a computer system that picks up the audio from microphones placed at various points around the orchestra’s stage. It is filled with actuators, which are little motors that vibrate in relation to the intensity of the music being played, in real time.

“We mapped intuitively how we thought the music would map to the body,” CuteCircuit CEO Ryan Genz told Fortune.

“The deeper, heavier bass notes [activate the actuators] down in lower parts of torso, and the lighter sections, like violin and lighter notes, further up on the body, around the neck area and clavicle. As they’re watching the orchestra, they can see certain areas are more active than others; they feel soundwaves in specific areas of the body, and within a few minutes understand there is a correlation.”

For more on wearable technology, watch our video.

The Hug Shirt, by contrast, pairs with a mobile phone so people can remotely “hug” one another, with sensors and actuators reading and recreating the strength of touch, skin warmth and heart rates.

However, Genz said, CuteCircuit has “always seen it as something that could be used not just for sending hugs, but as a telecommunications product.”

Apart from the Sound Shirt, the firm also sees possible uses for its technology in gaming—Genz said it has several patents pending and awarded. Those earlier prototypes were mostly purchased by research labs and telecom firms, and now several more orchestras are lining up to get what the Jungen Symphoniker Hamburg bought.