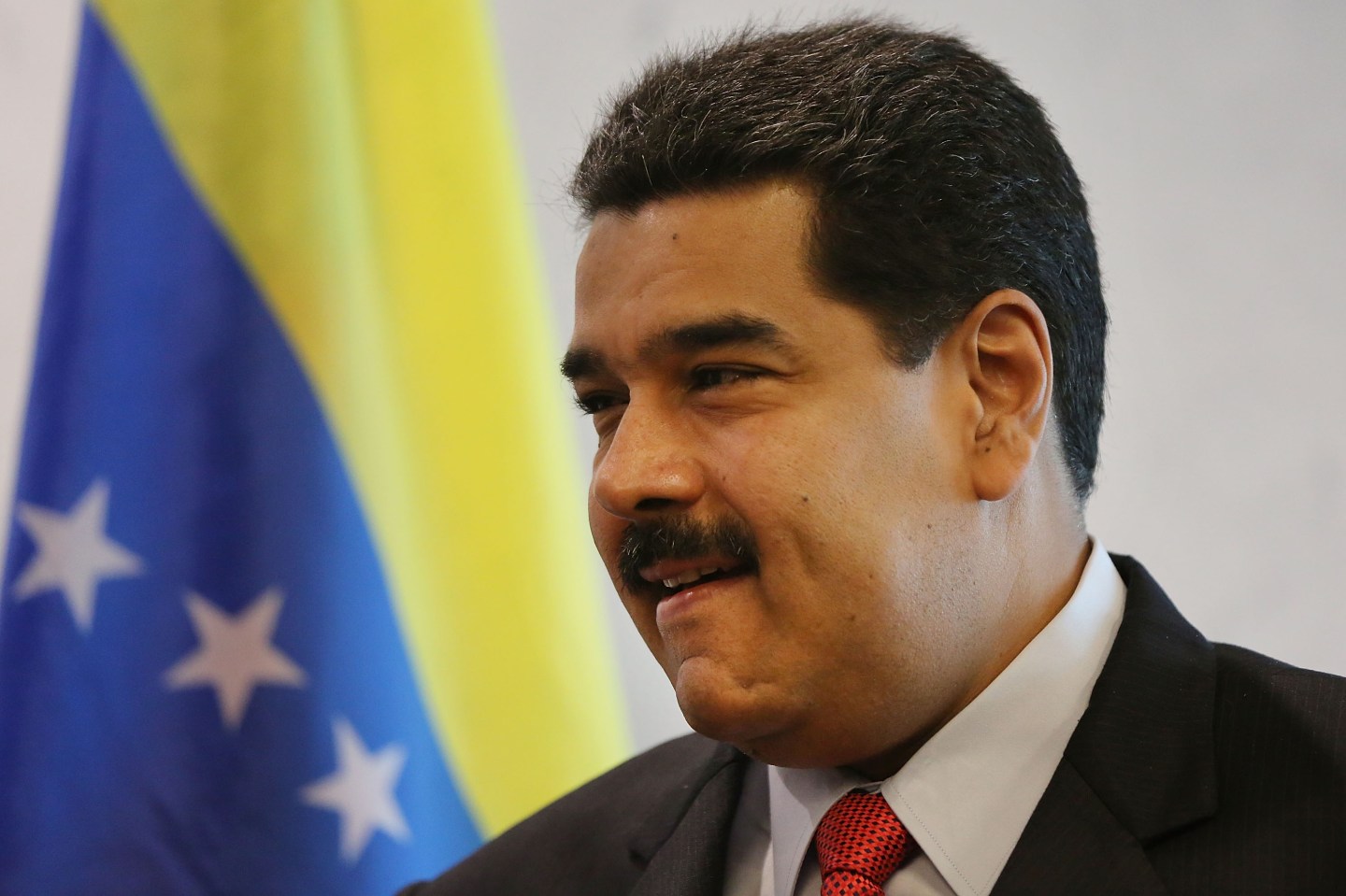 President Nicolas Maduro threatened Saturday to take over idle factories and jail their owners following a decree granting him expanded powers to act in the face of a deep economic crisis.

Maduro’s remarks came as Venezuela’s opposition warned the embattled leader that if he tries to block an attempt to hold a recall referendum, society could “explode.”

Speaking to supporters in the capital, Caracas, the president ordered “all actions to recover the production apparatus, which is being paralyzed by the bourgeoisie.”

He also said that businesspeople who “sabotage the country” by halting production at their plants risk being “put in handcuffs.”

Last month the country’s largest food and beverage distributor, Empresas Polar, shut down its last operating beer plant. It says it has been unable to access hard currency to buy raw materials.

Maduro accuses Polar and others of trying to destabilize the financially stricken country by exacerbating shortages of goods from foodstuffs to medicines to toilet paper.

Meanwhile dueling anti- and pro-government crowds demonstrated in Caracas on Saturday for and against a bid to recall the president. Maduro opponents demanded that the National Electoral Council rule on the validity of some 1.8 million signatures collected in favor of the referendum and allow it to move forward.

“If you obstruct the democratic way, we do not know what could happen in this country,” opposition leader Henrique Capriles said at one rally. “Venezuela is a bomb that could explode at any moment.”

Across town, Maduro ally Jorge Rodriguez vowed there would be no recall referendum.

“They got signatures from dead people, minors and undocumented foreigners,” Rodriguez said.

Opposition leaders deny any fraud in the signature drive.

Friday’s decree extended for 60 days Maduro’s exceptional powers to address the crisis. Venezuela is suffering from multiple financial woes including rampant inflation and low prices for oil, the cornerstone of its economy.

Opposition leaders accuse Maduro and his predecessor, the late President Hugo Chavez, of mismanaging the economy. Maduro alleges that conservative political interests are waging what he calls an “economic war” seeking his ouster.