Starbucks Is Bringing the Mini Frappuccino Back to Its Menu 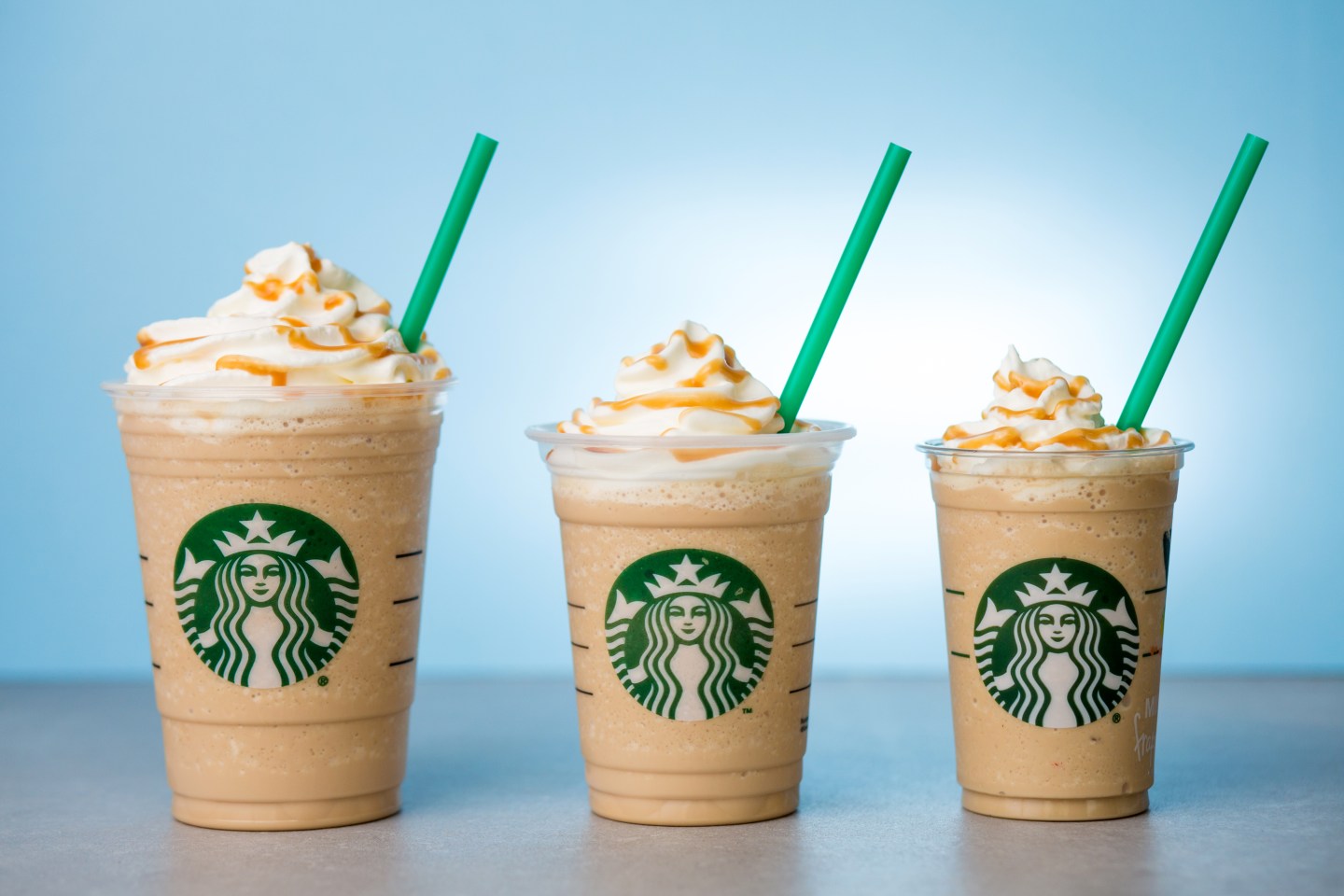 Starbucks is again embracing a tinier serving for one of the coffee giant’s most well-known beverages.

The company on Monday announced the return of the Mini Frappuccino, which is returning for a limited time starting today in U.S. and Canadian stores. The 10-ounce serving size is available in all flavors that Starbucks (SBUX) sells for the blended cold beverage. The “tall,” traditionally the smallest beverage size, is 12 ounces.

There has been a broader move by food and beverage makers to offer smaller packages for a variety of snacks, sodas and other less healthy treats that consumers have increasingly cut back on. In particular, the soda industry has heavily marketed smaller cans at a time when industry sales have declined for more than a decade in the U.S.

A smaller Frap, while a short time offer, could help boost sales again. Last year after it was offered, Starbucks President and Chief Operating Officer Kevin Johnson told Wall Street analysts that Mini Frappuccinos and a few other beverage innovations added to sales growth for the spring quarter’s results and were also performing ahead of expectations.