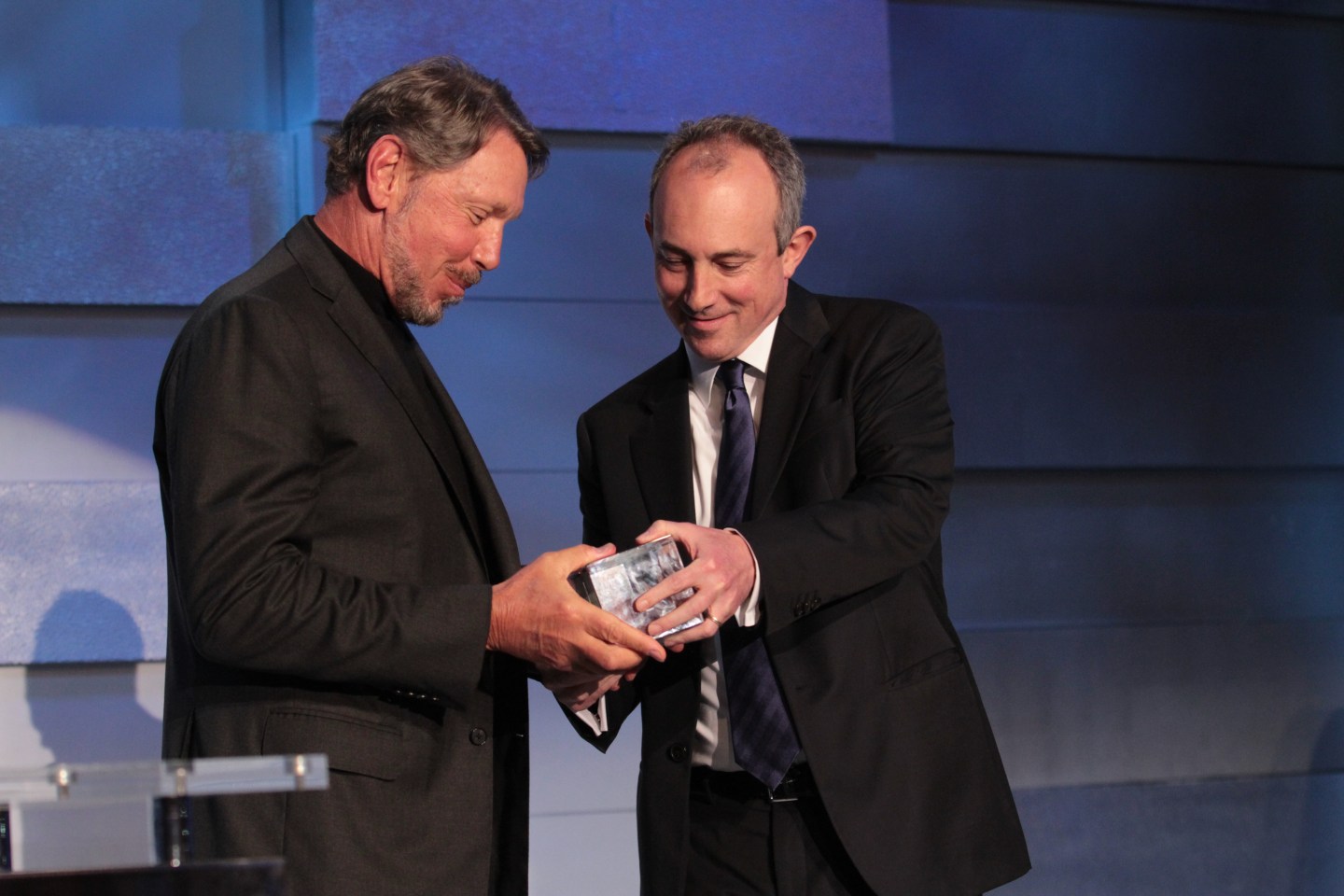 Larry Ellison, one of the wealthiest men in the world, isn’t afraid to cut mega-sized checks—whether for yachts or for charity. His latest expenditure, however, is particularly ambitious, even by Ellison’s standards.

At a fundraising gala for the USC Center for Applied Molecular Medicine on May 11, the Oracle founder announced he is donating $200 million towards the opening of a new cancer research center, called the Lawrence J. Ellison Institute for Transformative Medicine of USC. The gift is among the largest made to cancer treatment in recent years, says David Agus, the professor of medicine and engineering at USC who will run the new center. The goal? To bring together experts from different disciplines to transform the way cancer is treated.

“About two years ago, we [Ellison and Agus] were sitting in Malibu having this conversation,” recalls Agus, who also heads USC’s Westside Cancer Center and the Center for Applied Molecular Medicine. “Larry glommed on to it right away and told me I have to convince the university and get all of the pieces together.”

The pieces are not quite all together yet, though Agus says USC plans to break ground on the new center within about six months. The interdisciplinary facility will harness research in proteomics, molecular biology, genetics and nanotechnology, to name a few disciplines. But Agus says he also wants artists and chefs on hand.

“We haven’t really studied how food affects the disease, what diet is the best medicine,” explains Agus. “We want to get people who do food the best to get together with the scientists.” (As for the artists, Agus says they will create “cancer-related art.”)

Opening such a center has long been a goal for Agus, who was the physician of some very well-known names in technology: Steve Jobs, Andy Grove and Bill Campbell, among others. And his connection to these big Silicon Valley influencers has left a lasting mark on his own work.

“I remember sitting with Steve [Jobs] and he said to me ‘why can’t you debug me?” Says Agus. “These simple statements people make can be transformative.”

Agus met Ellison several years back, when the billionaire asked him to take on a relative’s case.”When Larry asks you to get involved with a friend of his, Larry is just as involved,” says Agus. “When he does something, he does something.”

It is early days for both efforts, and unknown what impact the tech billionaires’ money and influence could have on the world of cancer research. But if their ability to create their own wealth is any indication, their donations could be well spent.