How These Startups Are Trying to Make Your Life Greener 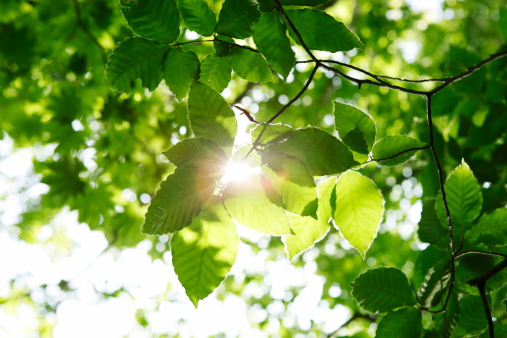 Sometimes greener living is as simple as better design.

Entrepreneurs who are looking to fight climate change, lower global energy use, and clean the world’s water don’t have to toil away in a battery lab or reinvent the solar panel. Some are turning to more accessible solutions, like designing a longer-lasting jacket or employing a few fish to help grow a garden.

To kick off Fortune Brainstorm E, an annual conference focused on the intersection of energy, technology and sustainability, Fortune has invited four cleantech entrepreneurs to present their big ideas. On Tuesday, May 17, these four “Cool Companies,” will take the stage and explain to the audience in Carlsbad, Calif., how they plan to make the world more sustainable and make a little money in the process.

1). Something’s fishy about the garden

An aquaponic garden from Grove Labs.

Three years ago MIT student Jamie Byron starting hacking together pieces of PVC pipes, plastic crates, a fish tank and a garden bed. The result was a DIY gardening system based on aquaponics—using aquatic animals and plants to build a symbiotic relationship—in the middle of his dorm room.

It only took roommate Gabe Blanchet (now fellow co-founder), a couple months of eating their fresh, home-grown lettuce and vegetables to realize they had a killer potential business idea on their hands that could enable eco-minded customers a way to grow their own food in “an act of rebellion and fun,” as Blanchet describes it to Fortune.

Now the startup, named Grove, sells plug-and-play aquaponic indoor gardens that use hungry fish, LED lights and a boxy bamboo system to grow everything from fresh herbs to winter tomatoes. The systems aren’t cheap. They’ll set you back $4,500, but Blanchet says the company plans to sell lower-priced versions, and offer new types of financing, down the road.

The team, which is now 15 employees strong and works out of East Coast energy accelerator Greentown Labs, has sold Grove garden sets to hundreds of customers, and raised $4 million in funding from the likes of Tim Ferriss, Gary Vaynerchuk, and Upfront Ventures. While many of the early adopter customers are well-off families, another important market has turned out to be schools, which are buying the systems to teach students about sustainable food and living ecosystems.

Don’t expect the Grove gardens to upend the evils of industrial-scale farming, but that’s the concept behind the novelty. If more fresh food was grown by local, distributed pesticide-free sources, customers would be healthier and the planet would be, too.

London fashion designer Tom Cridland wants you to wear some of your clothes for thirty years. Seriously.

Last year Cridland launched his “30-Year Collection,” line which includes jackets, sweatshirts, and t-shirts that have a 30-year guarantee. It was his attempt to “fight fast fashion,” and shine a light on more “sustainable” and “ethical” clothing he tells Fortune. The pieces are made with sturdy stitching, durable materials, and bright colors to choose from and cost between £35 and £250 (or about $50 to $360).

Cridland kicked off his company about two years ago by making pants (they call ’em trousers over there) for some high profile celebrity clients like Leonardo DiCaprio, Ben Stiller, Daniel Craig and Rod Stewart. Cridland created his company fresh out of university and hopes to give back and encourage entrepreneurs in England to start new companies.

Buying clothing might not seem like an obvious green choice, but there’s a growing movement around bringing greater transparency, more recyclable materials, and longer lasting products to the garment industry. If more designers were like Cridland, one day “fast fashion,” could be as “out” as last season’s designs are today.

3). Drinking water from the sun

A remote village in the middle of Mexico’s Yucatan jungle has been using an unusual system of solar panels to power a water cleaning system built by a team of MIT engineers. If the team behind the tech get their way, many more of the world’s off-grid locales could use this type of system to clean water, using energy from the sun, at an ultra-low cost.

MIT researcher Huda Elasaad, who helped move the solar water tech from academic research project to entrepreneurial effort, tells Fortune that the secret sauce of the system lies in the design. The startup, now called PV Pure, buys mostly off-the-shelf parts and has designed hardware that a regular villager—not an MIT engineer—can operate without difficulty.

The tech, which can clean water without the power grid for less than it costs to buy bottled water, is attracting interest from green-leaning hotels and businesses. Those companies are interested in lowering their water costs, but also in touting their green credentials to eco-conscious tourists. Elasaad says a combination of commercial customer orders and humanitarian funding are currently supporting their future water cleaning projects.

While PV Pure is just getting started, the issue of how to provide clean drinking water to the world’s developing populations is already a massive problem. Over a billion people currently lack access to clean and safe water.

4). Green buildings for all

A green building plan with 8,000 apartments planned for the U.K. by startup Barcelona Housing Systems.

Everybody talks about green buildings, but no one knows how to build them, says 58-year-old Spanish entrepreneur Cesar Martinell. Martinell’s grandfather created the family’s architecture firm in Barcelona in 1916, and about a decade ago, Martinell started marrying green solutions with affordable housing plans.

The unique recipe includes designing pre-engineered buildings on compact plots of land with four stories, solar panels, and no waste, water, cement or elevators. The company, called Barcelona Housing Systems, is working with governments across the globe on building designs in Chile, Ecuador, the U.K., and Croatia. Residents will likely be average working families, like the mining community in Chile.

This year is a big one for Barcelona Housing Systems. The company is deploying some of its first big projects, and has started working with Chinese construction gorilla National Building Materials Group. Down the road, Martinell says he thinks there will be a huge opportunity when it comes to developing off-grid green buildings, powered entirely by clean energy and batteries.

Updated at 745AM PST on May 18th, to correct the spelling of Huda Elasaad’s last name. It’s Elasaad, not Elsaad.