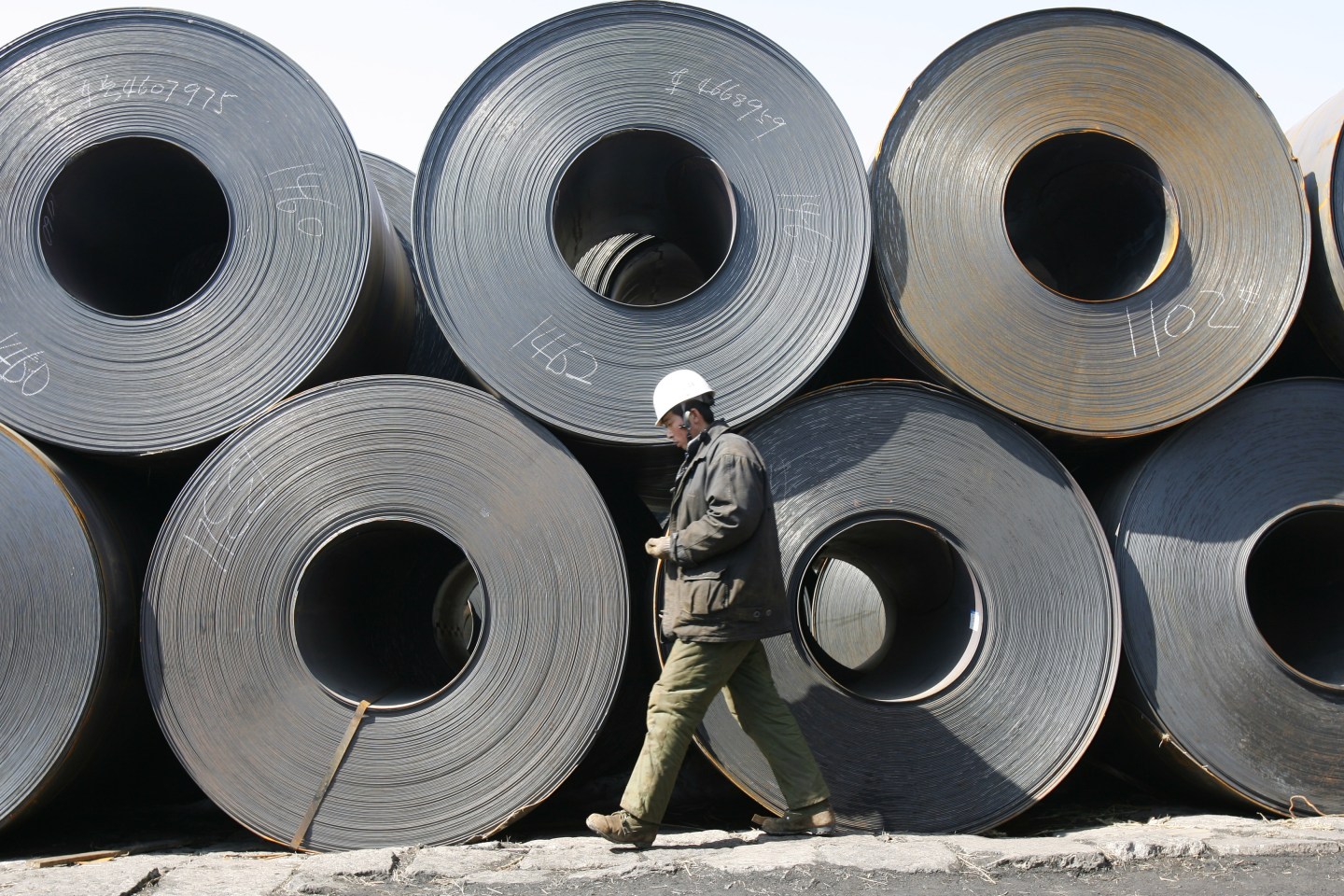 On Monday, several U.S. stocks were hammered after China released disappointing trade figures suggesting that Chinese demand was weakening more than expected. Shares of steel and iron ore were down sharply on the Dalian Commodity Exchange.

That pushed shares of mining equipment manufacturer Joy Global (JOY) down 18% in trading Monday, while construction equipment maker Caterpillar (CAT)also fell 3.5%. AK Steel (AKS) shed 14% while U.S. Steel(X) fell 14%. Both Caterpillar and Joy Global were hit by the China slowdown in 2015, while the data from China also suggested a continued glut in steel supply.

China reported that in April, imports had slumped 10.9% from a year earlier, but analysts had been expecting 5%. The weak economic data continued to fuel concerns that the second largest economy in the world would show weaker than expected demand in the future, especially as the country transitioned from a manufacturing-based economy to a services focused one. After all, in 2014, China accounted for a whopping 46% of demand for steel as the country embarked on large construction projects.

“The sharpness of the slowdown may still raise some questions as to the underlying pace of recovery in domestic demand,” HSBC analysts wrote. “There have been some anecdotal reports that property sales volumes have slowed following the introduction of macro-prudential tightening in end-March.”

The Dalian Commodity Exchange in China also decided to extend measures to cap speculative trading in an effort to dampen a potential bubble—which also contributed to the sell off in iron ore and steel, according to Reuters.

The Dalian Commodity Exchange fell 5.6% Monday, following a rally last month that stimulus and reforms from the Chinese government could drive up demand. But now, investors aren’t so sure that China’s economy has hit rock bottom.

Meanwhile, shares of Freeport-McMoRan have dropped nearly 11% following news that it would sell its $2.65 billion stake in the Tenke Fungurume copper mine in the Democratic Republican of Congo to Chinese company China Molybdenum.

“The evidence is that the steel industry is now entering a period of pause before undoubtedly picking up again when markets other than China drive new demand,” wrote the World Steel Association in a 2015 report.