Yelp Is Absolutely Crushing the Rest of the Market 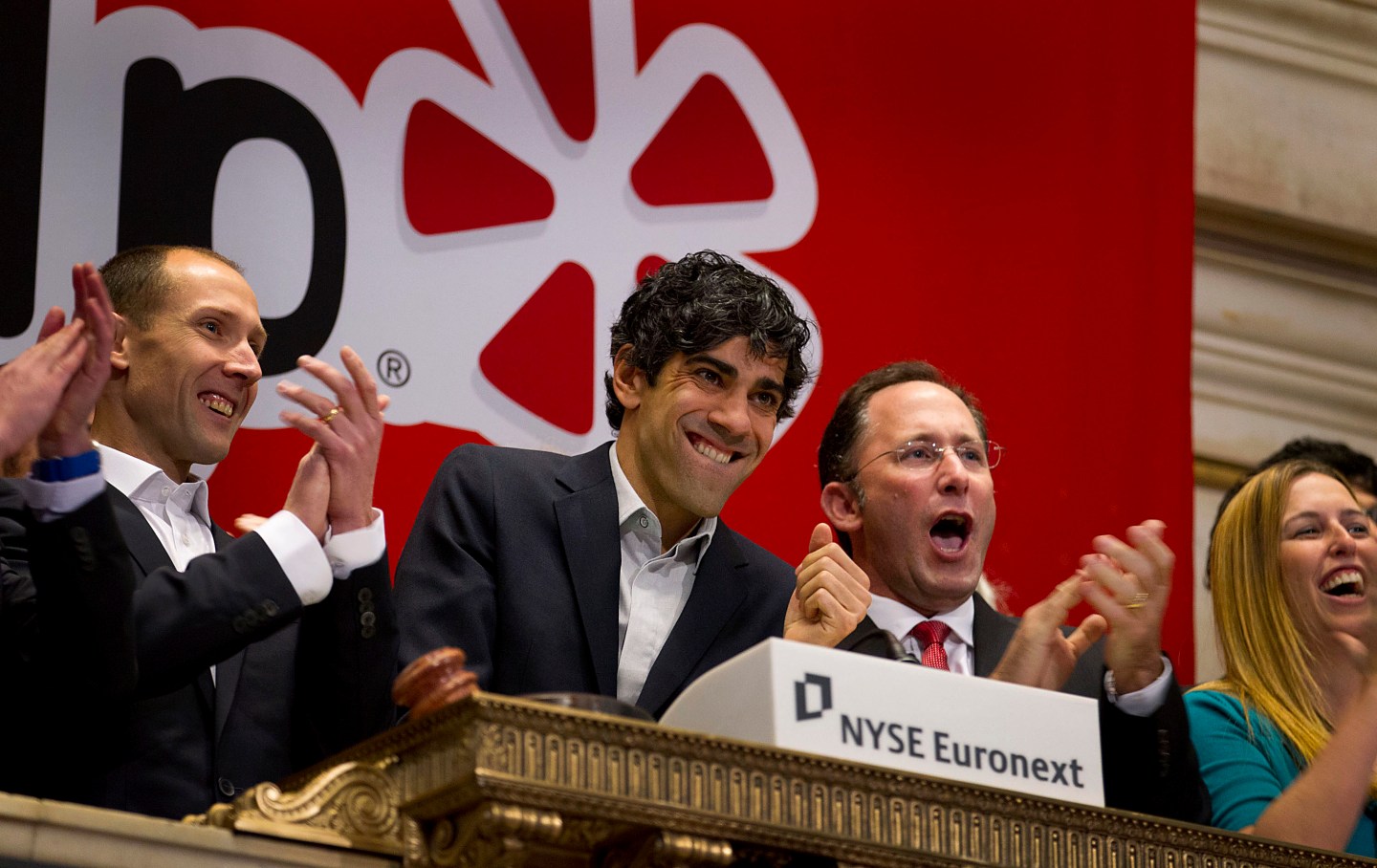 Yelp left the other stocks so far in the dust, the company in second place, Herbalife (HLF), rose only about half as much. The S&P 500 and Nasdaq rose just slightly during the day.

Investors aggressively bought the tech company’s shares after Yelp reported first-quarter earnings on Thursday that were more than triple Wall Street’s expectations, and raised its sales forecast for the rest of the year. Yelp reported $0.08 earnings per share in the first three months of 2016, while analysts had expected EPS of $0.024. (Herbalife, meanwhile, also beat estimates when it reported its own quarterly earnings and announced encouraging progress in a regulatory investigation.)

The tech stock’s surge made its shareholders including Greenlight Capital’s David Einhorn significantly richer. The hedge fund manager, whose Yelp stake was worth about $10 million at the end of 2015, has made at least several million dollars in the stock just this week, after telling investors that he believes the company’s revenue could double in the next three years.

Yelp’s $158.6 million in revenue for the quarter also came in ahead of analysts’ expectations, as the online review site added 121,000 new advertising accounts with local businesses—an all-important metric for investors—representing an increase of 34% over the prior year.

There were signs that Yelp users were using and depending on the site more than they had in the past: Yelp users wrote 31% more reviews than they did during the same period in 2015, pushing the total number of Yelp reviews above 100 million for the first time, the company said. Users are submitting reviews from their mobile phones every two seconds, Yelp CEO Jeremy Stoppelman said.

Many Wall Street analysts quickly raised their forecasts for Yelp’s stock price. Goldman Sachs, for one, raised its price target by a full $8 to $26 a share; by Friday afternoon, Yelp stock had already busted through that goal. Credit Suisse, which has the highest target for Yelp’s share price according to Bloomberg data, believes the stock can hit $46—76% above where Yelp currently trades.

Not everyone was ready to get their hopes up for Yelp, though. William Blair analysts led by Ralph Schackart noted that “this quarter was a different story” than Yelp’s last earnings report, when the company’s guidance disappointed Wall Street’s expectations and its stock fell 15% over the following days. The analysts are waiting to raise their outlook for Yelp (which currently calls for average stock performance) until the company demonstrates “continued execution” and that it can grow revenue faster than it grows marketing expenses “on a consistent basis,” they wrote in a research note.