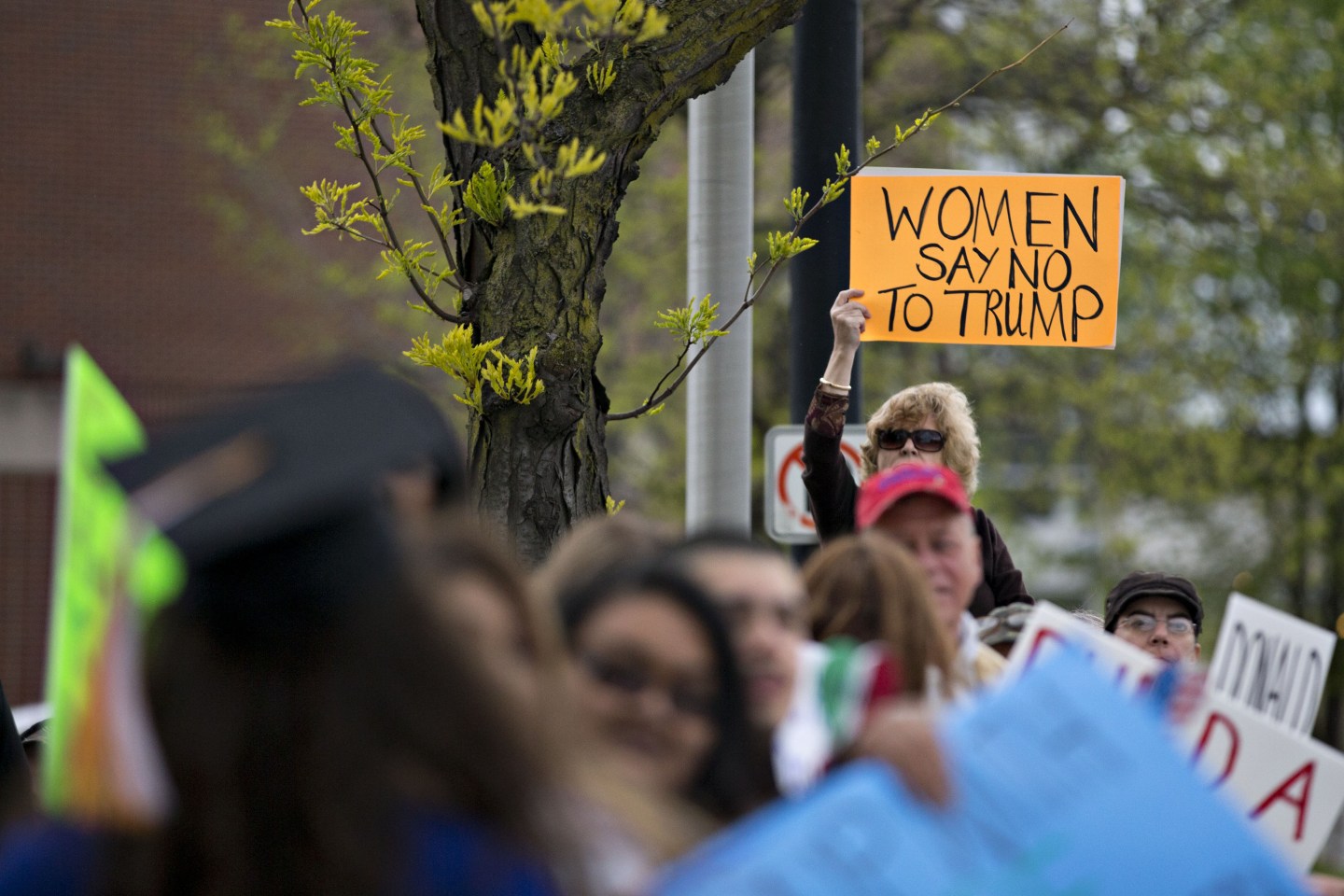 Maybe Hillary Clinton’s campaign should be thanking Donald Trump for his sexist remarks.

According to Re/code, the days following the GOP front-runner’s now-infamous “woman card” comment about Clinton were the best in her online fundraising history. The campaign raised $2.4 million in campaign contributions from Thursday, April 28 through Saturday, April 30.

On Tuesday, April 26, after winning sweeping victories in five state primaries, Donald Trump said of Clinton: “She’s got nothing else going,” referring to her gender. “And frankly, if Hillary Clinton were a man, I don’t think she’d get 5% of the vote. The only thing she’s got going is the woman’s card. And the beautiful thing is women don’t like her, okay? And look how well I did with women tonight.”

The “woman’s card” was promptly turned into a viral Twitter hashtag, with women pointing out that being female is rarely an advantage in today’s society. “Love the woman card. Carry it with you and it entitles you to 21% off your income anywhere you go,” tweeted Washington Post columnist Alexandra Petri.

Re/code reports that 118,000 Clinton supporters did just that.