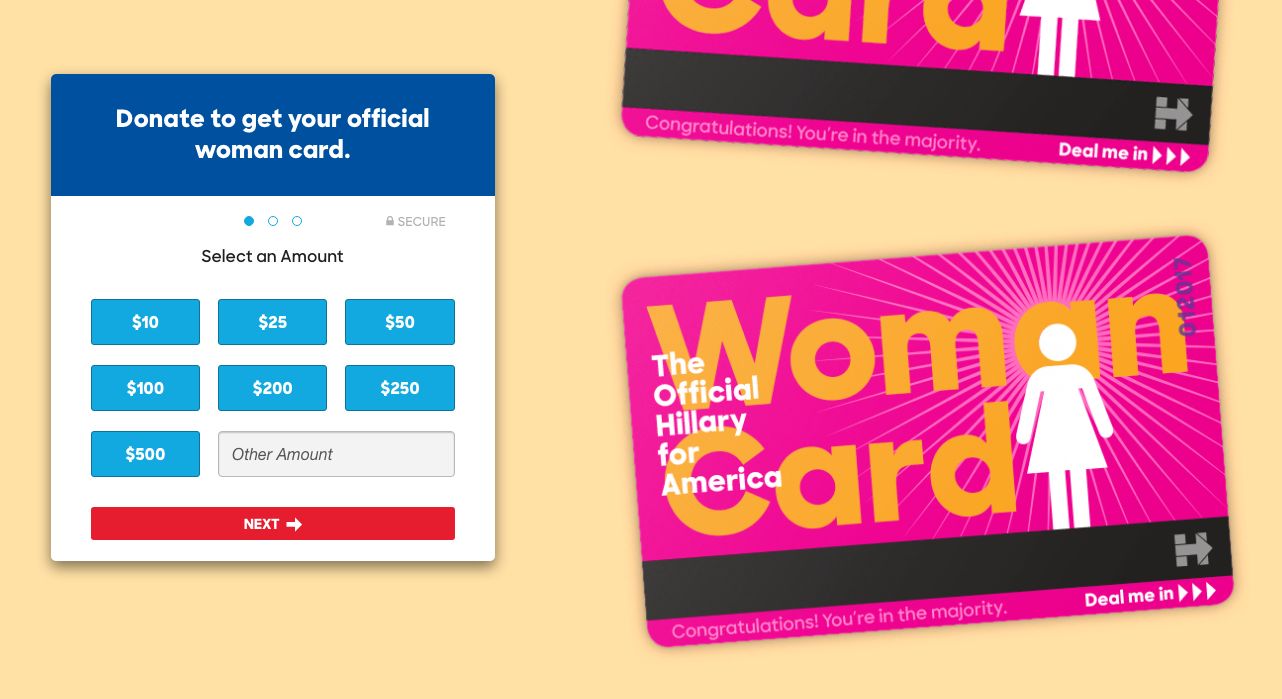 The “woman card” has officially become a major player in the 2016 presidential campaign.

First came Donald Trump’s Tuesday night primary victory speech, in which he claimed that Hillary Clinton owes her success to playing the woman’s card. Clinton was quick to respond, reframing the so-called card as badge of honor.

“The other day, Mr. Trump accused me, of playing the, quote, ‘woman card,’ ” Clinton said. “Well, if fighting for women’s health care and paid family leave and equal pay is playing the woman card, then deal me in.”

Now, her campaign, which knows a good meme when it sees one, is taking that sentiment one step further, offering supporters who donate an “official woman card.”

For New Yorkers, the card may look familiar: the design is strikingly similar to the Metrocard, which is used on New York City public transit. Clinton, a former New York senator, presumably knows that card well—though she’s not so great using it. During her primary campaign in the state, it famously took her five swipes to get the card to register with the subway turnstile. Her campaign managed to make some hay out of that gaff, using an image of Clinton trying to swipe the card as the error page that pops up when you mistype a link to her website.

Indeed, Clinton’s camp has been consistently clever when it comes to campaign imagery and swag. Among the items you can buy to support the former Secretary of State’s presidential bid: The “everyday pantsuit” t-shirt, an “A woman’s place is in the White House” cross-stitch pillow, and a “Chillary Clinton” beer koozie.