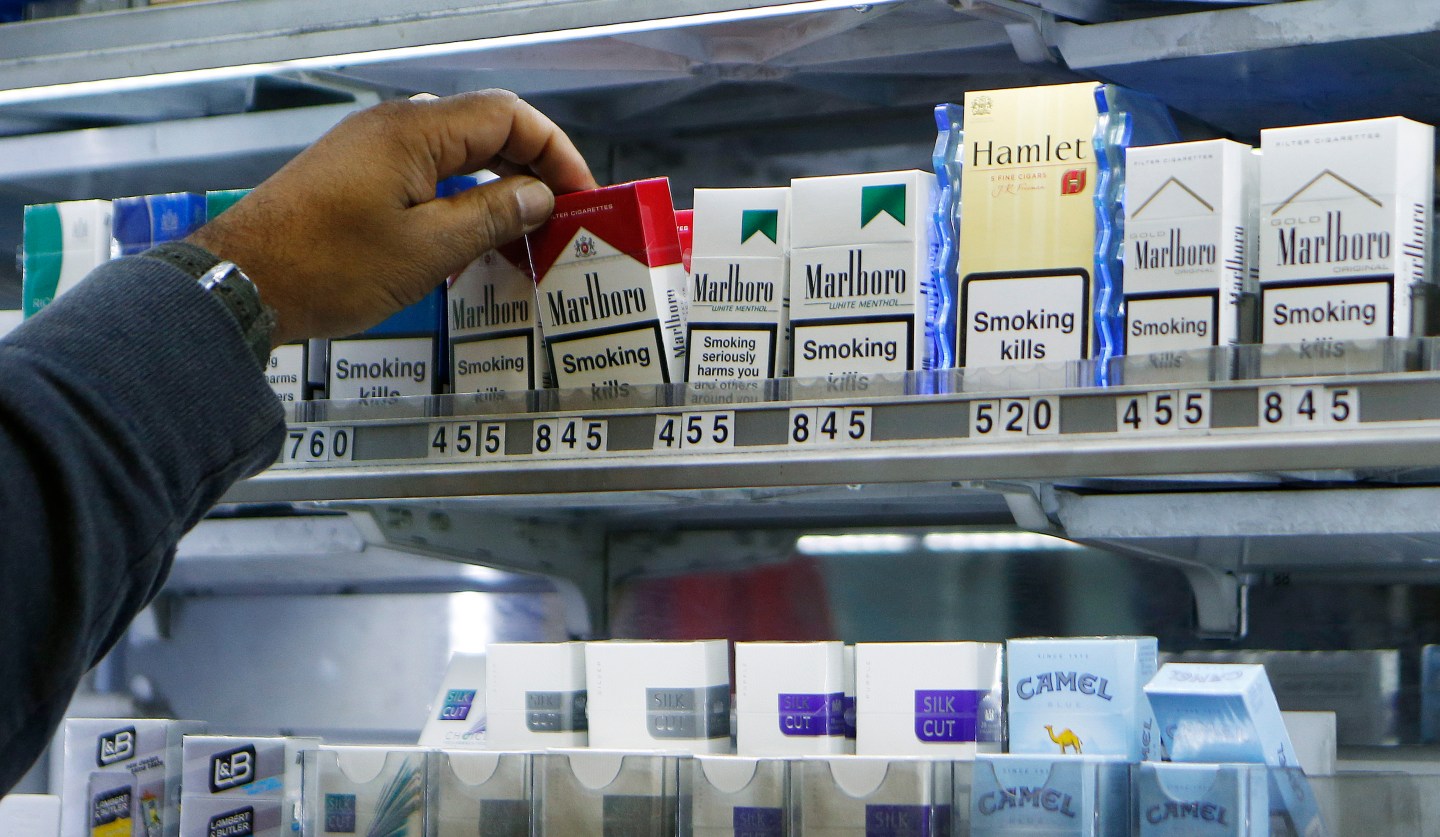 A shopkeeper reaches for a packet of cigarettes in a newsagent in London November 28, 2013. Britain announced an independent review of tobacco packaging on Thursday and said it was ready to introduce new laws banning branding on cigarette packets if the report found sufficient evidence to support it. REUTERS/Suzanne Plunkett (BRITAIN - Tags: BUSINESS) - RTX15WBI
Photograph by Suzanne Plunkett — Reuters

Europe’s highest court on Wednesday upheld a tough EU law on standardizing cigarette packaging and banning advertising of e-cigarettes, paving the way for its adoption this month.

The EU Court of Justice’s rejection of a legal challenge brought by Philip Morris International (PM) and British American Tobacco (BTI), could weigh on profits for the tobacco industry and sets a precedent for other governments to crack down on a habit that causes nearly six million deaths a year worldwide.

“The court finds that, in providing that each unit packet and the outside packaging must carry health warnings … the EU legislature did not go beyond the limits of what is appropriate and necessary,” the court said in its decision.

The legal challenge, which was also supported by Japan Tobacco International (JAPAF) and Imperial Brands, can now be taken no further and the Tobacco Products Directive (TPD) will take effect on May 20, though there is a one-year sell-through period to allow wholesalers and retailers to sell existing stocks.

The court’s validation of TPD bodes poorly for another case tobacco companies have brought against the U.K. government over its new law aimed at reducing the lure of smoking by forcing tobacco to be sold in uniformly drab packs with no branding. That law is also due to take effect this month.