Sergio Marchionne Is Now CEO of Ferrari and Fiat Chrysler 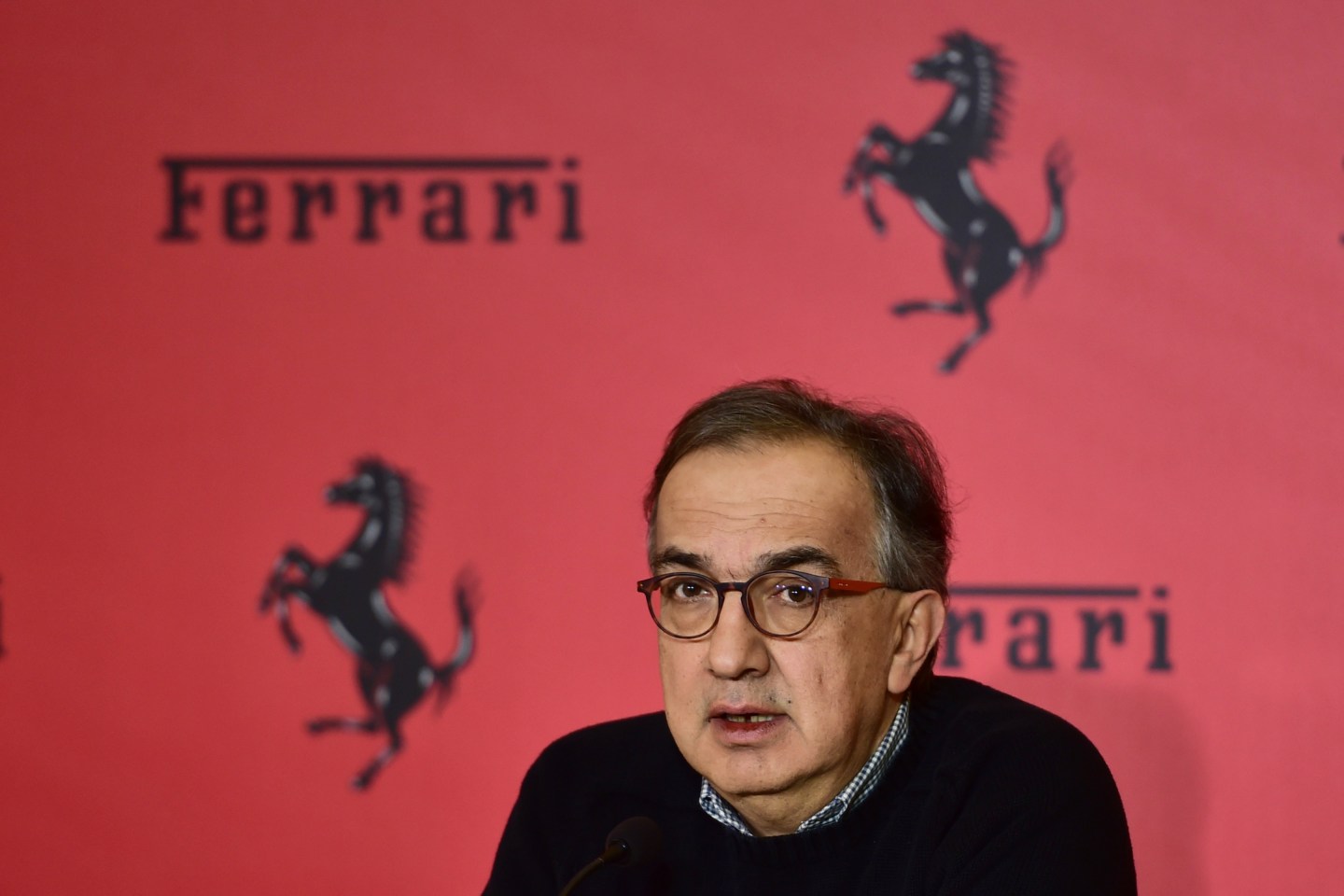 Ferrari, spun off from Fiat Chrysler Automobiles (FCAU) at the start of the year, also nudged up its full-year earnings forecast after a stronger-than expected first quarter, helped by higher shipments and better margins.

Marchionne’s move, effectively immediately, had been expected, with sources close to the matter saying it would make little difference as he had essentially been in charge since becoming chairman.

Combining the chairman and CEO jobs is not a first for Ferrari, as Luca Cordero di Montezemolo held both posts for several years.

Ferrari said it expected to report 2016 adjusted earnings before interest, tax, depreciation and amortization (EBITDA) of at least 800 million euros ($919 million) on shipments of more than 7,900 vehicles.

It had previously guided for adjusted EBITDA of more than 770 million euros this year.

The carmaker also said adjusted core earnings for January-March rose 11 percent to 178 million euros, beating analysts’ average forecast of around 164 million euros in a Thomson Reuters poll. Shipments during the quarter were up 15 percent to 1,882 vehicles, helped by several new models.

Marchionne, who is also CEO at Fiat Chrysler, has sought to position Ferrari as a luxury goods business in a bid to replicate the high-flying stock market valuations of companies such as Hermes and Prada.

The shares have been struggling since their Oct. 21 market debut, hit by stock market volatility and concerns over luxury demand as well as analysts questioning whether the small-volume, capital-intensive carmaker would be able to sustain a high valuation.