This New App Will Help You Live Like ‘The Rock’ 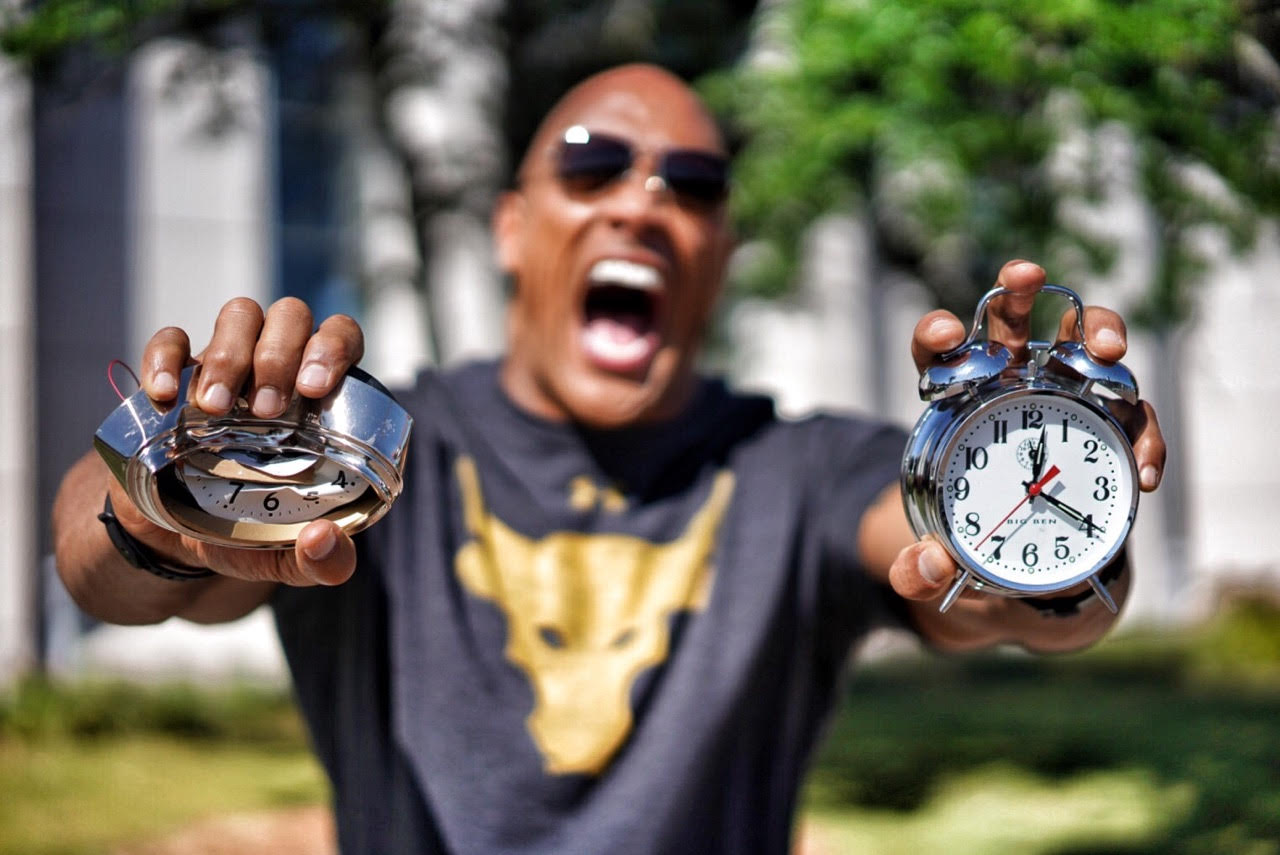 Do you aspire to live like Dwayne “The Rock” Johnson? Well, there’s now an app for that.

The actor has unveiled a new mobile app he is calling “Rock Clock,” which is essential a lifestyle app that says it wants to help motivate users to reach their personal goals.

The Fast & Furious and Hercules actor had this to say about his mobile aspirations: “When millions of you shared your goals with me, it inspired an idea to create something to encourage you all to chase greatness. Pulling the best resources, we were able to make it happen.”

Rock Clock has a few layers to it. It is described as a “motivational alarm clock” as it allows users to enter personal goals, choosing a completion data to achieve that goal and also set a morning alarm. The clock has 25 alarm tones, all personally selected by The Rock.

It also allows users to synch up their schedule to The Rock’s (though be warned, the actor and professional wrestler is reportedly a morning person. You may end up getting alerts that he’s started his day as early as 3:50 a.m.) There’s also no snooze button because, according to The Rock, “life has no snooze button.”

Another layer involves motivational videos and messages that The Rock will send from his own phone daily. That’s part of a broader trend of celebrities using apps as a new way to reach out to their audiences. Already connected via Twitter, Instagram and other social-media apps, personalized apps like the suite of apps recently debuted by the Kardashian clan are another way to engage with fans.

Unlike the Kardashian apps, which come at a monthly subscription cost, The Rock’s app is free. It is available for iPhone and Android phones via iTunes and Google Play.

The Rock earlier this year made a move that hinted at this interest in mobile technology. He inked a partnership with Under Armour (UA) that would encompass athletic gear and the Baltimore company’s investments in the world of connected fitness. The first line of bags that debuted under that pact sold out in the first 10 days of the market. The Rock Clock app, however, didn’t involve Under Armour.