A Fight Over Cheerleading Uniforms Is Heading to the Supreme Court 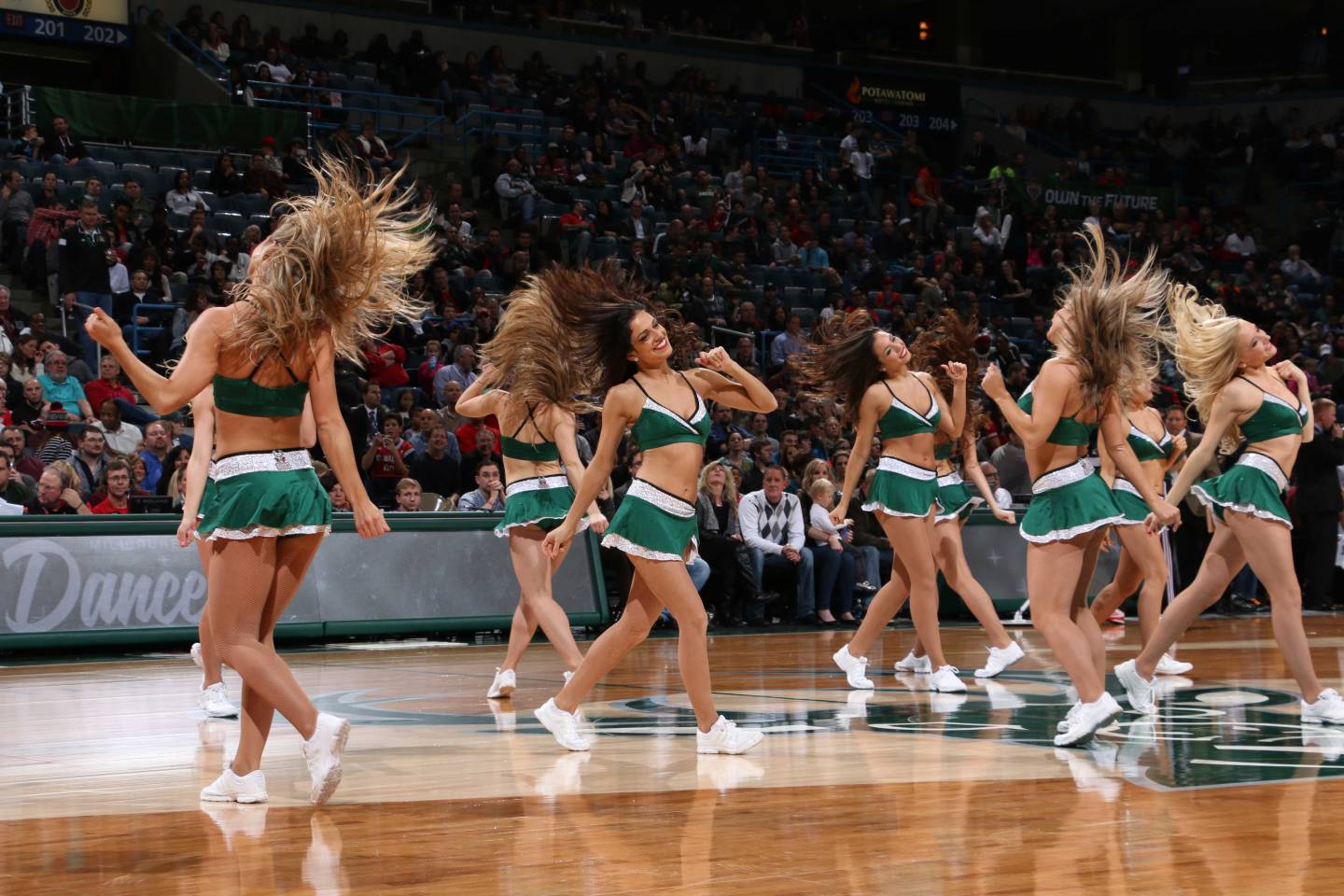 MILWAUKEE, WI - DECEMBER 5: Cheerleaders perform during the game between the Miami Heat and Milwaukee Bucks on December 5, 2014 at the BMO Harris Bradley Center in Milwaukee, Wisconsin. NOTE TO USER: User expressly acknowledges and agrees that, by downloading and or using this Photograph, user is consenting to the terms and conditions of the Getty Images License Agreement. Mandatory Copyright Notice: Copyright 2014 NBAE (Photo by Gary Dineen/NBAE via Getty Images)
Photograph by Gary Dineen — NBAE/Getty Images

The Supreme Court, which so frequently has the final say on constitutional issues, controversial executive actions and whether prisoners live or die, is about to turn its attentions to cheerleaders.

The high court has agreed to hear a case over whether stripes, zigzags and colors worn on uniforms by cheerleaders can be copyrighted under federal law. While it’s a case that might sound unusual, it’s one that could have far-reaching effects.

At issue is an August 2015 ruling by the 6th Circuit Court of Appeals in Cincinnati. That decision allowed Varsity Brand to pursue a copyright claim against Star Athletica, based on similar uniform designs. Justices said the stripes, chevrons, zigzags, and color blocks in the outfits were more than aesthetic touches – and, in fact, made the outfit a cheerleading uniform.

The 6th Circuit Court Justices, in a split opinion, said the original ruling, which found that the designs weren’t subject to copyright laws “would render nearly all artwork unprotectable.” Also at issue, they wrote, could be designs on laminate flooring as well as the decorative base on some lamps.

The U.S. Supreme Court, as is its tradition, did not comment when accepting the case for review.

Copyright law, when it comes to clothing, is less protective than you might think. Fabric designs are covered, but aspects like sleeve styles, pockets and necklines are not copyrightable, since they’re considered inseparable from the chief purpose of the outfit – to cover your body.

“The design of a rose and ‘the placement of that rose repeated in horizontal rows against an ornate background’ on fabric receive copyright protection,” said the 6th Circuit Court. “But the creative arrangement of sequins, beads, ribbon, and tulle, which form the bust, waistband of a dress, do not qualify for copyright protection because each of these elements (bust, waistband, and skirt) all serve to clothe the body.”

Varsity, though, argues that the designs on its outfits qualify as fabric design – and thus protectable.

The Hollywood Reporter, meanwhile, observes that the case could have implications for studios’ marketing plans, noting attempts by the company that owns the Power Rangers franchise to sue the makers of skin-tight suits that greatly resembled those of the characters.

Ultimately, though, it’s the clothing industry that will watch the case – Star Athletica v. Varsity Brands Inc. – the most closely. With $330 billion in annual sales among apparel, footwear and accessories, any change in what’s copyrightable could have widespread implications, especially for companies that specialize in knock-offs of expensive creations.

Justices are expected to hear arguments and decide the case during the Court’s next term. That begins in October and ends in June 2017.