That Time Warren Buffett Sounded a Lot Like Donald Trump 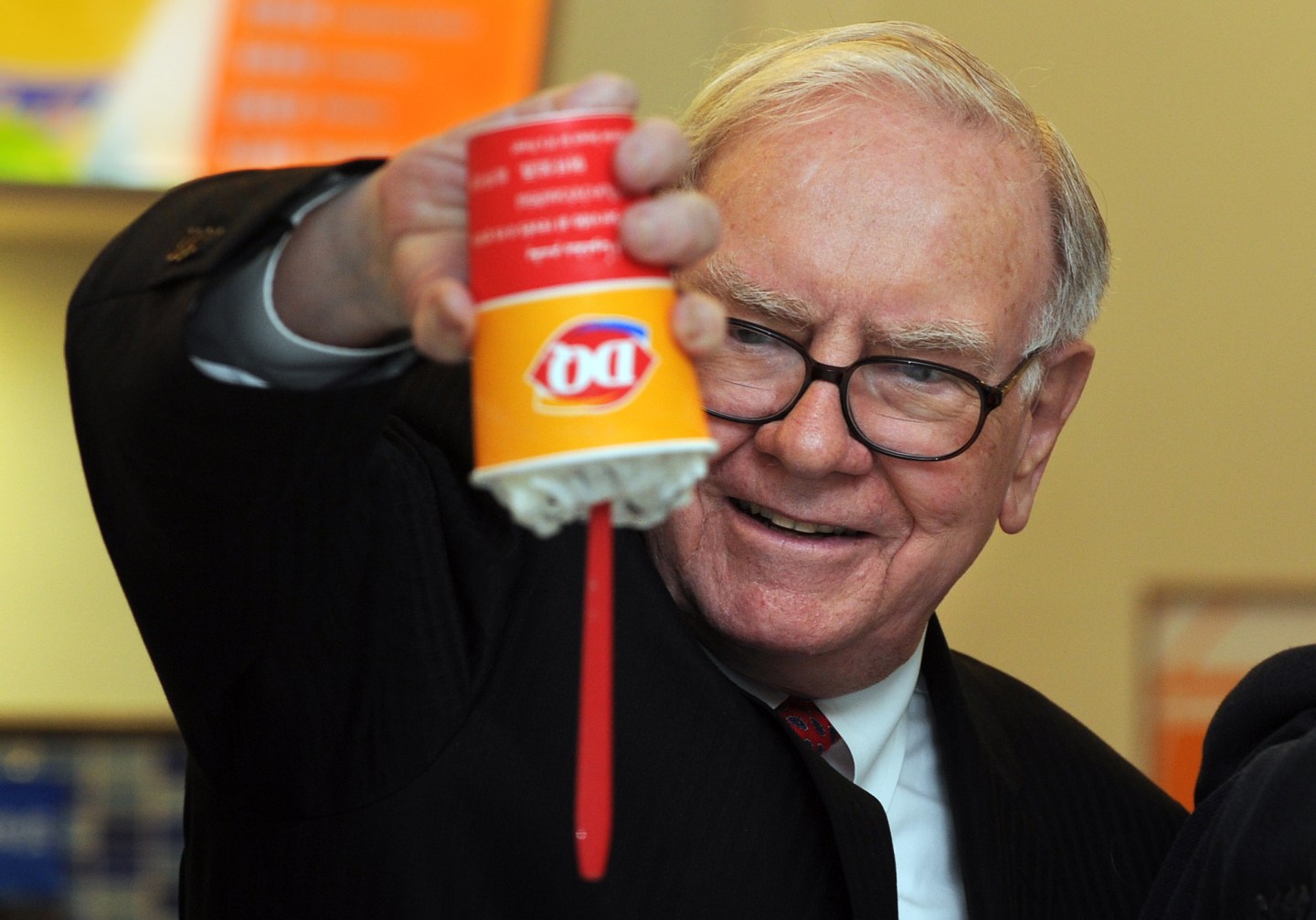 This weekend is Berkshire Hathaway’s annual meeting, which mean Warren Buffett takes the stage to answer all manner of questions from journalists, analysts, and shareholders.

If Buffett speaks about the presidential candidates this weekend, Buffett is unlikely to surprise anyone. Warren Buffett has long said he is backing Hillary Clinton for president in 2016, donating directly to her campaign, speaking at a rally for her last year, and predicting more than a year ago that she would be the next president.

But while Buffett is a clearly in the Clinton camp, there is one issue that has come up a lot in the current election that aligns him much more with Donald Trump and Bernie Sanders than Clinton: trade.

However, thirteen years ago, Buffett wrote an essay for Fortune detailing a policy proposal for how the country should deal with its then growing trade deficit. Buffett it turns out is essentially a protectionist. What’s more, his proposal would likely have the same affect as the proposals Sen. Sanders and Trump have spent a good deal of time championing on the campaign trail.

And here’s the twist, if something like Buffett’s trade proposal were to be enacted, or Trump’s, one of the biggest beneficiaries would be Buffett and the other shareholders of Berkshire Hathaway—which owns dozens of companies from Dairy Queen to railroad Burlington Northern, as well as its insurance business, including car insurer Geico and others. Buffett has built a company that is far more dependent on the United States than any other of the largest companies in the Fortune 500. Out of top 10 most valuable companies in the S&P 500—Berkshire ranks No. 4—Buffett’s insurance and investing conglomerate derives the lowest percentage, by far, of its sales outside of the United States, just 19%. The company with the next lowest percentage of international sales was Amazon with 34%. The average for all S&P 500 companies with market caps above $100 billion is 39%.

That being said, Buffett invests Berkshire’s insurance portfolio in a lot of companies that do a lot of business overseas, including American Express (AXP) and Coca-Cola (KO). And in the past few years, with some recent acquisitions, Berkshire has grown more internationally. Nonetheless, even Berkshire’s most recent acquisition Precision Castparts, which makes industrial instruments and parts for airplanes, generates nearly 90% of its sales within the U.S.

That means Berkshire (BRK-A), and its shareholders, could end up being a big winner from the current election. Ironically, Buffett supports the candidate that would help his company the least, at least when it comes to trade. But even Clinton has had to walk her stance on free trade back a bit because of the strong support both Trump and Sanders have received for their view that we need to rethink our multi-decade move toward free trade.

Few would have predicted at the start of this campaign last year, that trade would emerge as much of an issue in this campaign as it has. But Trump has, in part, succeeded in his campaign by gaining the support of working class Americans who believe free trade agreements have cost U.S. jobs. Trump has made trade a central part of his campaign, famously kicking off his run with a call for more of a separation between Mexico and the U.S. And since then he has called for a 45% tariff on trade with China.

Sander’s No. 1 issue is that big business and Wall Street have too much influence over politicians and the general economy. But he, too, has spoken out against free trade agreements that he says have cost American jobs. Earlier this month, Sanders told the Daily News that he wasn’t against free trade, but that that he thinks the only way to make trade truly fair is if workers in other countries like China and Vietnam are paid the same wages as American workers, something not likely to happen any time soon. He also said the U.S. trade agreements need to be renegotiated.

It’s been a while since free trade was widely debated in this country. In the 1980s, President Reagan pushed through a number of free trade agreements and threatened to veto bills from Congress that contained trade barriers. George H.W. Bush followed in Reagan’s footsteps. The last major candidate to make a stand against free trade was Ross Perot, who won 20% of the popular vote in 1992 saying free trade agreements and other policies were creating a “great sucking sound” of jobs and wealth leaving the country.

But by that time Perot, an independent, was the only major candidate against trade deals. Even Bill Clinton, a Democrat was for expanding trade with other nations. A year later in 1993, Vice President Al Gore debated Perot on NAFTA on national television. Gore was widely seen as the winner, NAFTA was signed, and Washington moved on to other issues. Since then, it has seemed that this country’s devotion to free trade on both sides of the isle was largely solidified, except for a few lone voices.

One of them was Buffett. To be sure, Buffett’s tariff-like proposal, which he wrote about in Fortune in 2003, is more sophisticated and nuanced than the blunt 45% tariff that Trump has proposed, and likely more market driven than anything Sanders would go for. Buffett’s solution to the trade deficit was something he called Import Certificates. Here’s how Buffett described his plan:

We would achieve this balance by issuing what I will call Import Certificates (ICs) to all U.S. exporters in an amount equal to the dollar value of their exports. Each exporter would, in turn, sell the ICs to parties–either exporters abroad or importers here–wanting to get goods into the U.S. To import $1 million of goods, for example, an importer would need ICs that were the byproduct of $1 million of exports. The inevitable result: trade balance.

So it would effectively work like a tariff. If a U.S. company wants to import something, they would have to buy an import tariff, and likely pass that extra cost along to the consumer, raising the cost of the imported good.

Fortune recently reached out to Buffett to see if he still believed in the plan that he proposed 13 years ago. And he basically said yes. In an email, Buffett said that his view were generally the same, “though the problem has diminished a bit because of the lower price of oil and our country’s increased reliance on domestic production.”