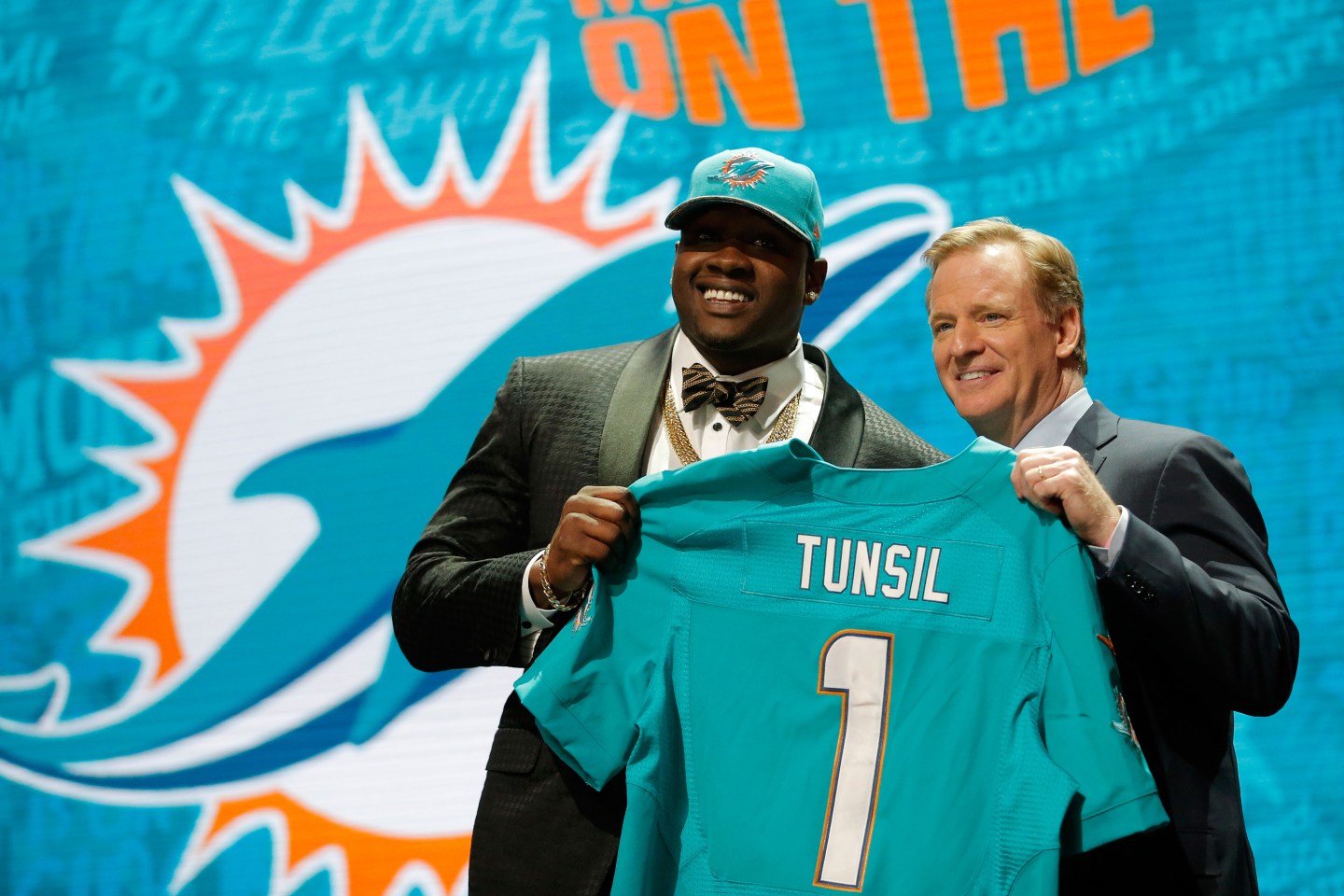 CHICAGO, IL - APRIL 28: (L-R) Laremy Tunsil of Ole Miss holds up a jersey with NFL Commissioner Roger Goodell after being picked #13 overall by the Miami Dolphins during the first round of the 2016 NFL Draft at the Auditorium Theatre of Roosevelt University on April 28, 2016 in Chicago, Illinois. (Photo by Jon Durr/Getty Images)
Photograph by Jon Durr—Getty Images

The biggest story of the NFL draft’s first round on Thursday night was Laremy Tunsil and his now-infamous video on Twitter.

The offensive tackle from Ole Miss found himself the center of unwanted attention after a video of him wearing a gas mask and smoking a substance from a bong was posted on his Twitter account just 13 minutes before the start of the NFL draft.

It was deleted almost immediately, but the damage was done. Tunsil, who was once thought of by numerous experts as one of the top picks in the NFL draft, fell precipitously down as teams appeared scared to take a player who could exhibit character concerns down the road. Tunsil was eventually selected at the 13th spot by the Miami Dolphins, which was much later than expected.

But that one tweet didn’t just hurt his reputation among NFL teams. It also significantly dampened his potential earnings, if you take the conventional wisdom that the Baltimore Ravens were one of the teams eyeing Tunsil at the sixth spot in the draft.

Using the rookie contract scale as laid out by sports resource site Spotrac—and which are predetermined based on the league’s collective bargaining agreement in 2011—the difference in contract value between the Ravens’ draft spot and the Dolphins’ is around $8 million, dropping from around $20.4 million to $12.4 million.

If you peg Tunsil’s possible original landing spot even higher at number three—which around 43% of mock drafts had the player at, according to SB Nation—that loss comes in at around $13 million.

The player and his agent are attributing the tweet to a yet-to-be-found hacker.