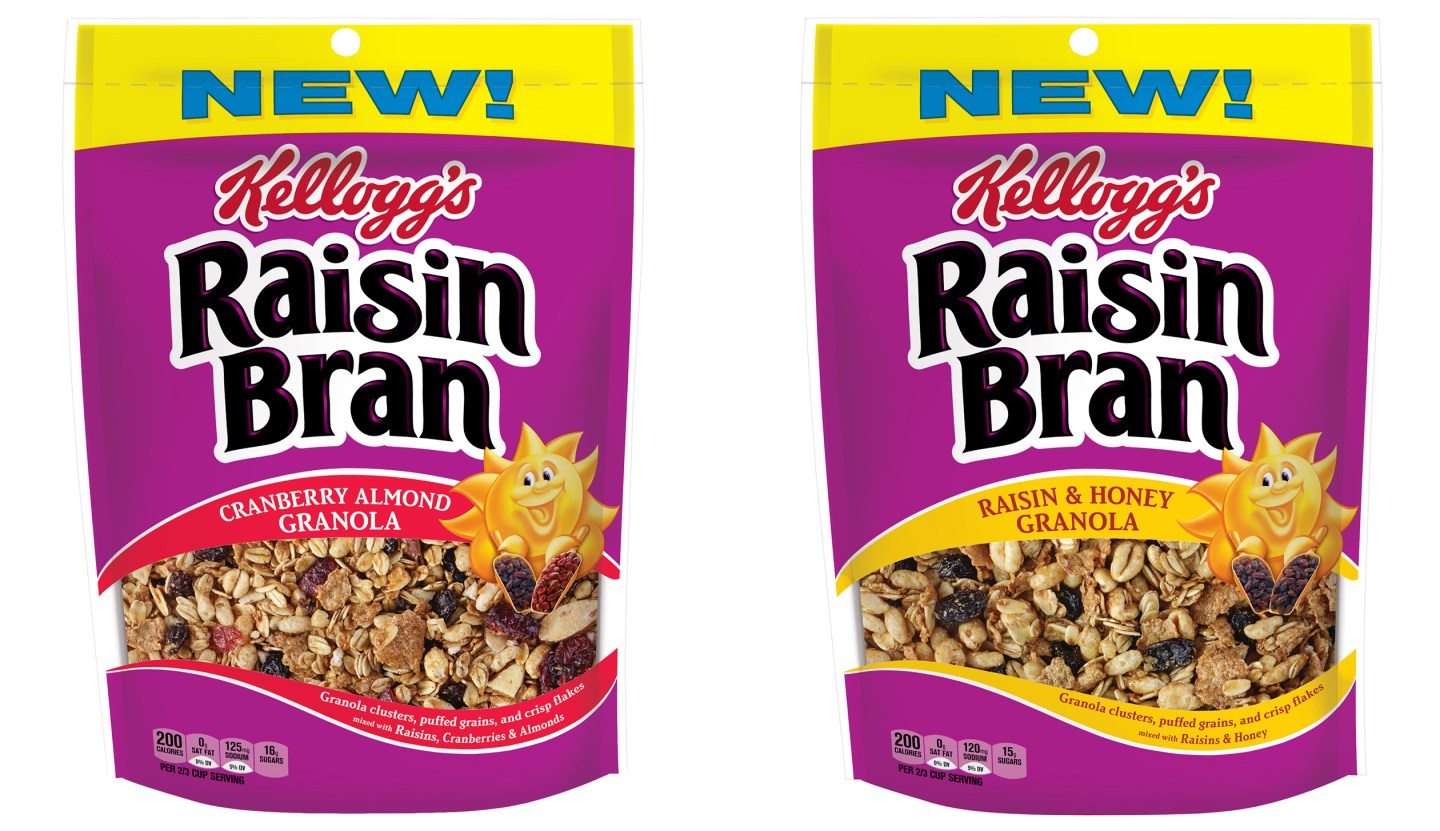 Raisin Bran, a brand of breakfast cereal that was first introduced to Americans in the 1940s, is taking on a new form. It is going granola.

Kellogg (K) is updating the classic brand into a category that more adults are expressing interest in. It is debuting two flavors of the Raisin Bran Granola nationally: Raisins and Honey Granola and Cranberry Almond Granola. They will retail for $3.99. The granola line is essentially meant to please all types of consumers: Kellogg is planning to market it as a snack or as part of any breakfast meal.

“The granola category is a first-ever innovation for Raisin Bran,” said Jeremy Harper, the senior marketing director for Kellogg’s morning foods. “Raisin Bran continues to be a breakfast favorite among adults and from our research, granola has also topped that list. We wanted to merge the two to create a breakfast dream team.”

Why take Raisin Bran into a new pocket of food? Well, cereal sales have gone cold for a while now, as consumer preferences change for breakfast, buying more breakfast sandwiches, yogurt and you guessed it – granola. To navigate that trend, Kellogg and other cereal makers have had to get crafty. Most notably, they’ve introduced packaging to encourage cereal as a “snack” that’s perfect on-the-go.

Harper hinted at that diversity when asked what daily occasions would be the best fit for Raisin Bran Granola. He said it can be used as a topping, eaten on the go or enjoyed by itself.

Kellogg earlier this year said it believes cereal sales will rise in 2016, after facing years of declines. Raisin Bran is still a top performer in the category, but it does make sense to expand into the granola space. Research firm The NPD Group says there’s been a steady increase in consumption for granola bars, a sibling category to what Kellogg is launching.

Americans ate 9 billion granola bars last year, up from 8.2 billion in 2013. Euromonitor doesn’t track granola bags but it does track muesli, which is very similar. Sales of muesli in the U.S. have increased to $480.9 million in 2015 from $386.1 million five years earlier.

Why? Experts say granola has been a stronger performing category because consumers view it as healthier than cereal. That explains why Kellogg would want the Raisin Bran brand to participate in both categories.