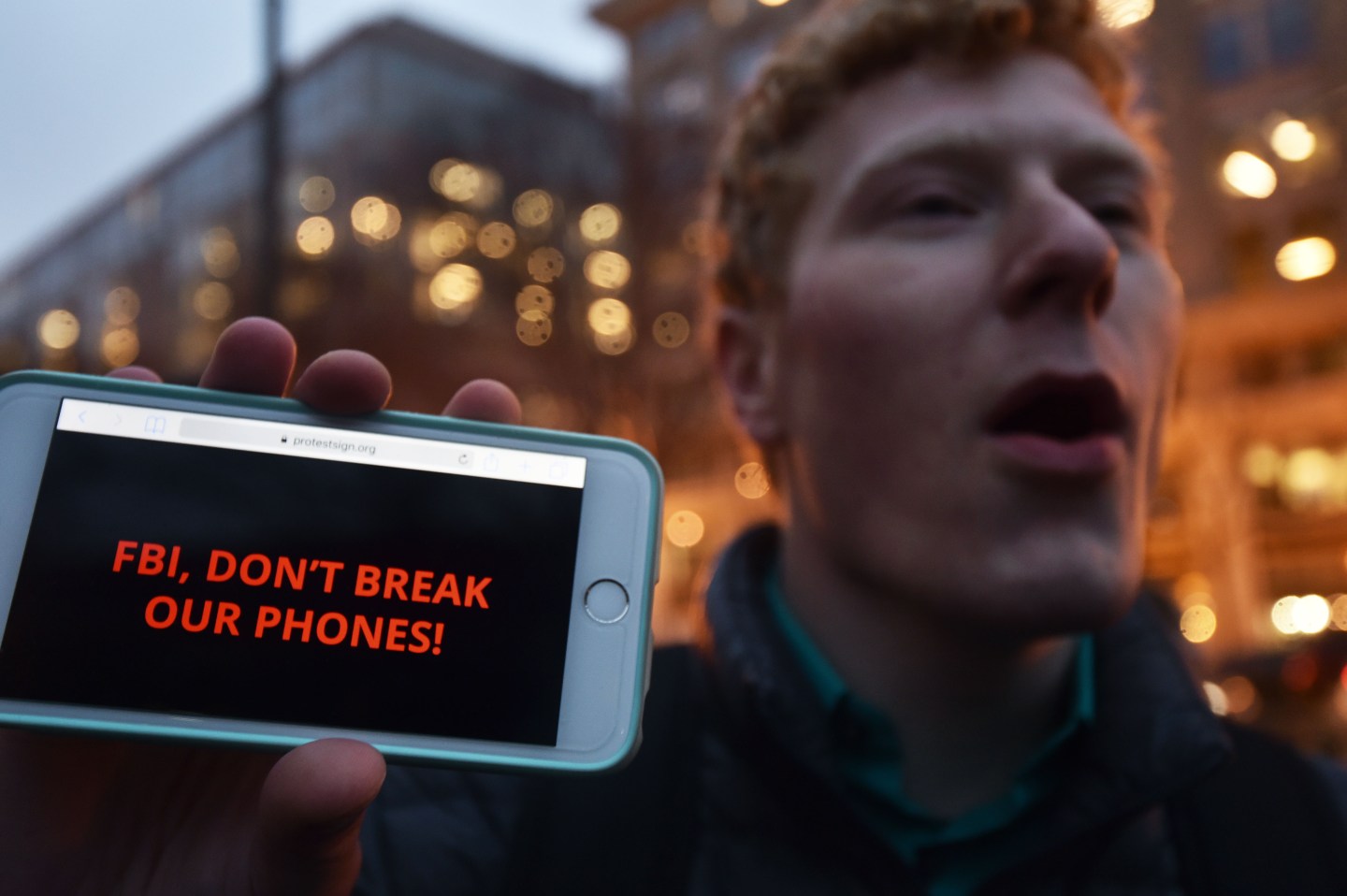 Protesters demonstrate outside the Federal Bureau of Investigation (FBI) headquarters building in Washington, DC, February 23, 2016, objecting to the US government attempt to put a backdoor into the Apple I-Phone. Apple is battling the US government over unlocking devices in at least 10 cases in addition to its high-profile dispute involving the iPhone of one of the San Bernardino attackers, court documents show. / AFP / PAUL J. RICHARDS (Photo credit should read PAUL J. RICHARDS/AFP/Getty Images)
Photograph by Paul J. Richards—AFP via Getty Images

The FBI paid under $1 million for the technique used to unlock the iPhone used by one of the San Bernardino shooters—a figure smaller than the $1.3 million the agency’s chief initially indicated the hack cost, several U.S. government sources said on Thursday.

The Federal Bureau of Investigation will be able to use the technique to unlock other iPhone 5C models running iOS 9—the specifications of the shooter’s phone—without additional payment to the contractor who provided it, these people added.

FBI Director James Comey last week said the agency paid more to get into the iPhone than he will make in the remaining seven years and four months he has in his job, suggesting the hack cost over $1.3 million, based on his annual salary.

The Justice Department unlocked the iPhone in March with the help of the contractor after Apple (AAPL) refused to bypass the device’s encryption features on grounds it could undermine security for all users.

The FBI, not the contractor, has physical possession of the mechanism used to open the phone but does not know details of how it works, one of the sources said.

The identity of the contractor is so closely-held inside the FBI that not even Comey knows who it is, one of the sources said.

The FBI is still examining the contents of the iPhone in the hope they will help fill gaps in their investigation of the shooting last December which killed 14 people and wounded 22, two U.S. government sources.

Investigators are looking into whether shooters Syed Rizwan Farook and his wife Tashfeen Malik, had associates or co-conspirators, the sources said.

The FBI are also trying to understand what the shooters were doing during an 18 minute gap in a timeline investigators have put together tracking their movements on the day of the shootings, the sources said.