This Running Shoe Was Personally Approved by Warren Buffett 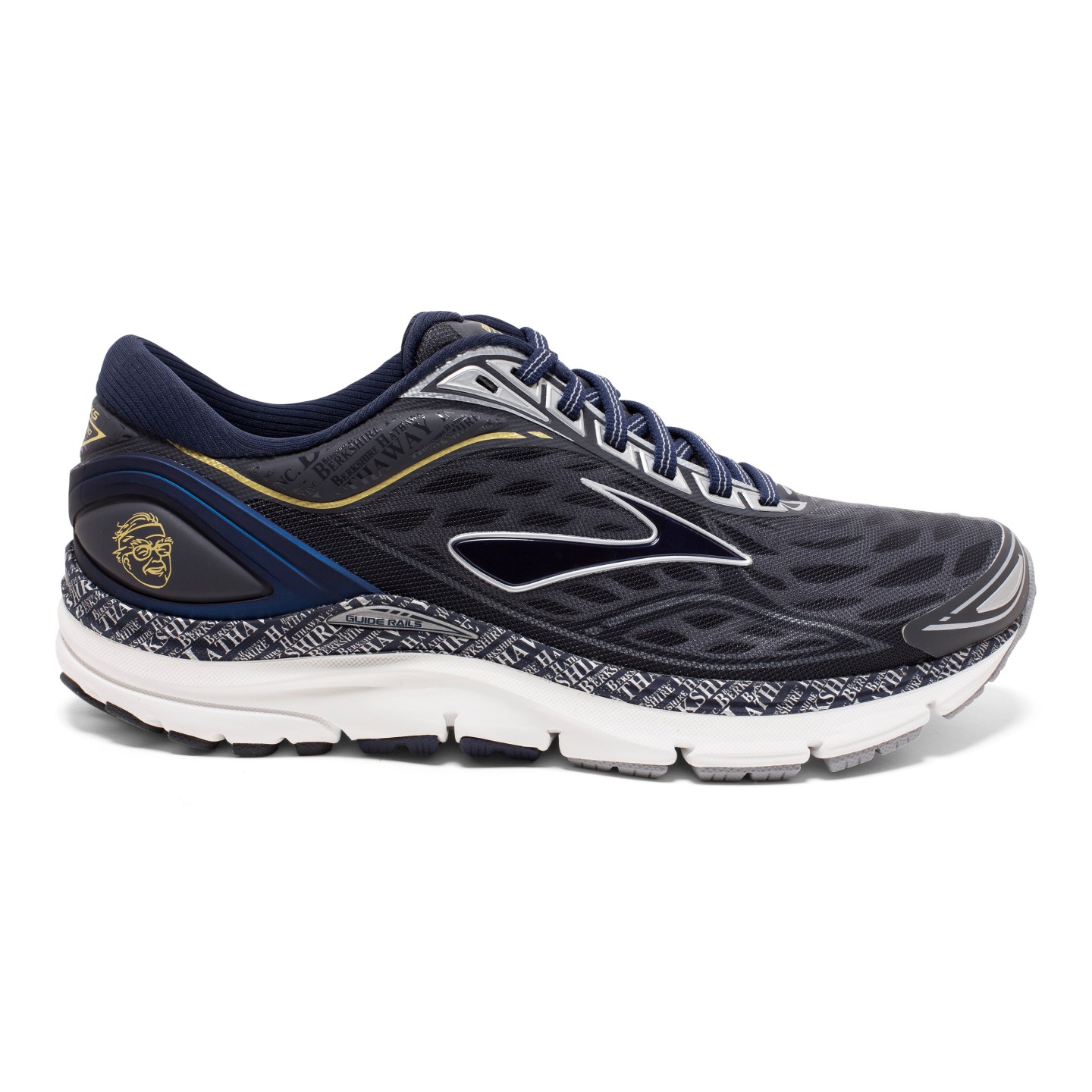 Imagine working on a special project knowing the CEO of your company will sign off on your work each step of the way.

Otherwise, the task set by Shane Downey seems to be a simple one. He is in charge of designing the official Brooks running shoe that debuts before Berkshire Hathaway’s annual meeting, which is being held this weekend in Omaha, Neb. where the company is based. Brooks is assigned this responsibility as it is owned by Berkshire, which has hosted a 5K running event for five years now.

“Warren approves the shoe. He knows what the shoe is going to look like as it is designed and developed,” Downey, a shoe designer at Brooks, told Fortune. “You definitely don’t want to mess that one up.”

As a reminder: Berkshire Hathaway is the fourth largest company on the Fortune 500, while Buffett is individually ranked as the third wealthiest individual by Forbes. No pressure.

Downey says for this year’s shoe, Brooks wanted to pick colors that represented “high nobility and richness.” Accent colors included gold, as well as navy for the men’s shoe and fuschia for the women’s offering. “Gold means so much to so many people. It is an amazing accent color,” Downey explains.

The shoe also features the Buffett “character” on the heel and the sock liner for the second straight year. That was a purposeful design decision too.

“There is a tremendous appetite not only for Warren, but for the Berkshire product,” Downey said.

The shoe, known as the Berkshire Hathaway Transcend 3, has a limited run with only 4,080 pairs being sold (evenly distributed among the genders). It will be sold at the 2016 Berkshire Hathaway Shareholder’s Meeting, as well as on Brooks’ website and some national retailers. The Transcend 3 retails for $170, slightly above the prices most premium running shoes command.

The Transcend 3 is part of a broader push by Brooks, which aspires to become a $1 billion brand, to sell shoes designed for big events. The team also comes up with new specialty shoes to commemorate the world’s largest marathon events, including most recently London. Often, colors and designs are meant to be bold to help runners mark those events loudly and proudly.

“You have to have a shoe that is a reflection of your unique personality,” Downey said. “Millennials and runners alike are looking for something new in terms of color and technique.”