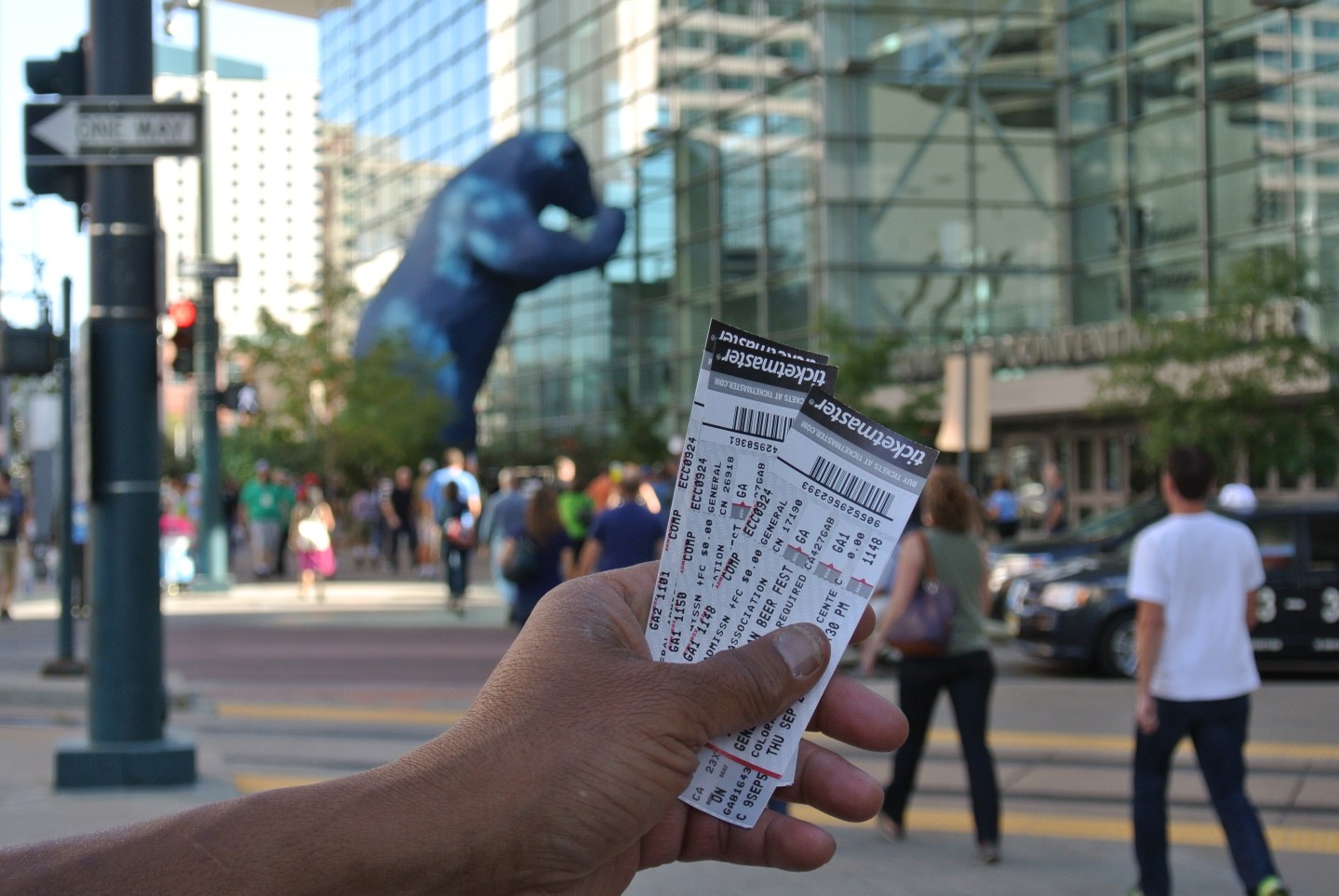 A scalper tries to unload tickets outside of the Great American Beer Festival.
Chris Morris

When tickets go on sale for a hot show, you can usually forget about buying one. That’s because bots, which can snap up hundreds of prime seats in mere minutes, will beat you to them. Ordinary chumps are left to pay huge mark-ups on the resale market.

How bad is the bot problem? When U2 went on sale in late 2014, one bot slinger bought 1,012 tickets in one minute for a show at Madison Square Garden, and teamed up with another to buy 15,000 of them across North America. A similar thing occurred in the case of Beyoncé, One Direction, and even Pope Francis.

The good news is authorities may finally be putting a stop to this. On Wednesday, New York Attorney General Eric Schneiderman announced that six ticket selling outfits, including TicketToad.com and Just In Time Tickets, will have to pay $2.7 million in settlements and call off the bot operations. His office also told Fortune by phone that the public can expect further enforcement action in the near future.

While this week’s news will primarily benefit consumers in New York, it may become a template for similar actions elsewhere. It also sheds further light on the sophisticated bot-buying schemes that have come to replace old-fashioned street scalpers.

The way these schemes work is described in a report published by Schneiderman’s office in January. It’s a four-part process that goes like this:

These Are the Baseball Stadiums With the Cheapest Tickets

This process allows those operating the bots to amass hundreds of choice tickets and then resell them on platforms like StubHub. As the attorney general’s report explains, the markups average 49% above face value, but for hot acts like Beyoncé or the Stanley Cup Finals, they can be more than 1000%.

The companies named in the Wednesday announcement, first reported by the New York Times, violated the law by using illegal bot software and by conducting reselling operations without a license.

According to Schneiderman’s office, ticket resale sites can violate the law either by using bots themselves, or by colluding with bot buyers to resell the tickets. A staff member there did not specify which companies may be targeted next, only stating that a further announcement will come soon.

It’s worth noting the problem of ticket gouging is nothing new.

“The greatest evil that theatergoers in this city have to contend with is the ticket speculator,” said a 1901 New York official cited in the attorney general’s report. “They are practically highwaymen and hold up everybody that goes to a place of amusement.”