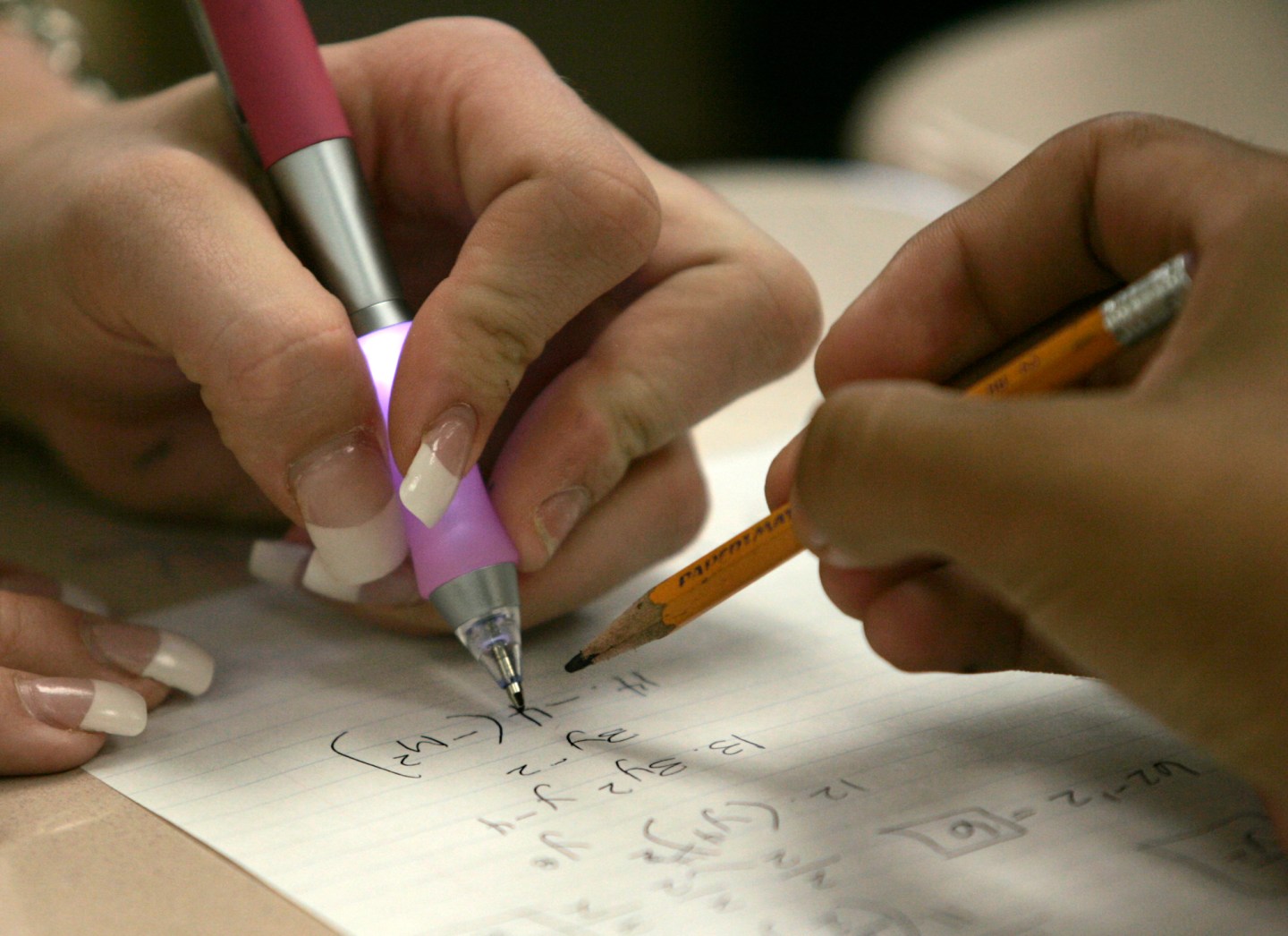 Riverside, Oct. 20, 2005   Students work on problem at math's class specially arranged at Martin Luther King High school to prepare students for state required exit exams. School districts around the state debating what to do with their seniors who meet all graduation requirements, but can not pass the state's new required exit exam, and therefore can not be granted a diploma. Riverside school district has created extra classes to help such students. (Photo by Irfan Khan/Los Angeles Times via Getty Images)
Photograph by Irfan Khan—LA Times via Getty Images

Around one-third of 12th-graders were ready for college-level courses in mathematics and reading, according to last year’s test results.

In the latest National Assessment of Educational Progress scores, also known as the “Nation’s Report Card,” it was found that an estimated 37% of U.S high school seniors were adequately prepared for college-level coursework in both subjects. That’s down from the last assessment in 2013, when around 39% of 12th-graders were measured at college-level maths, and 38% at reading.

“Too many 12th-graders are unprepared for the world after high school,” Governing Board member Mitchell Chester said in a statement.

The challenge comes at the tier that ranks students’ proficiency at both subjects as “Below Basic.” When it came to math, 38% fell into this group last year, compared with 35% in 2013. In reading, 28% of students were at this level, compared with 25% two years earlier.

The stagnating test scores for maths and reading among students has been problematic—last October, the Nation’s Report Card found that the mathematical skills of Grade 4 and 8 students in the U.S. dropped for the first time since 1990. Some have had issues with the NAEP’s testing, as it was discovered then that some questions deviated from the Common Core guidelines adopted in around 45 states.