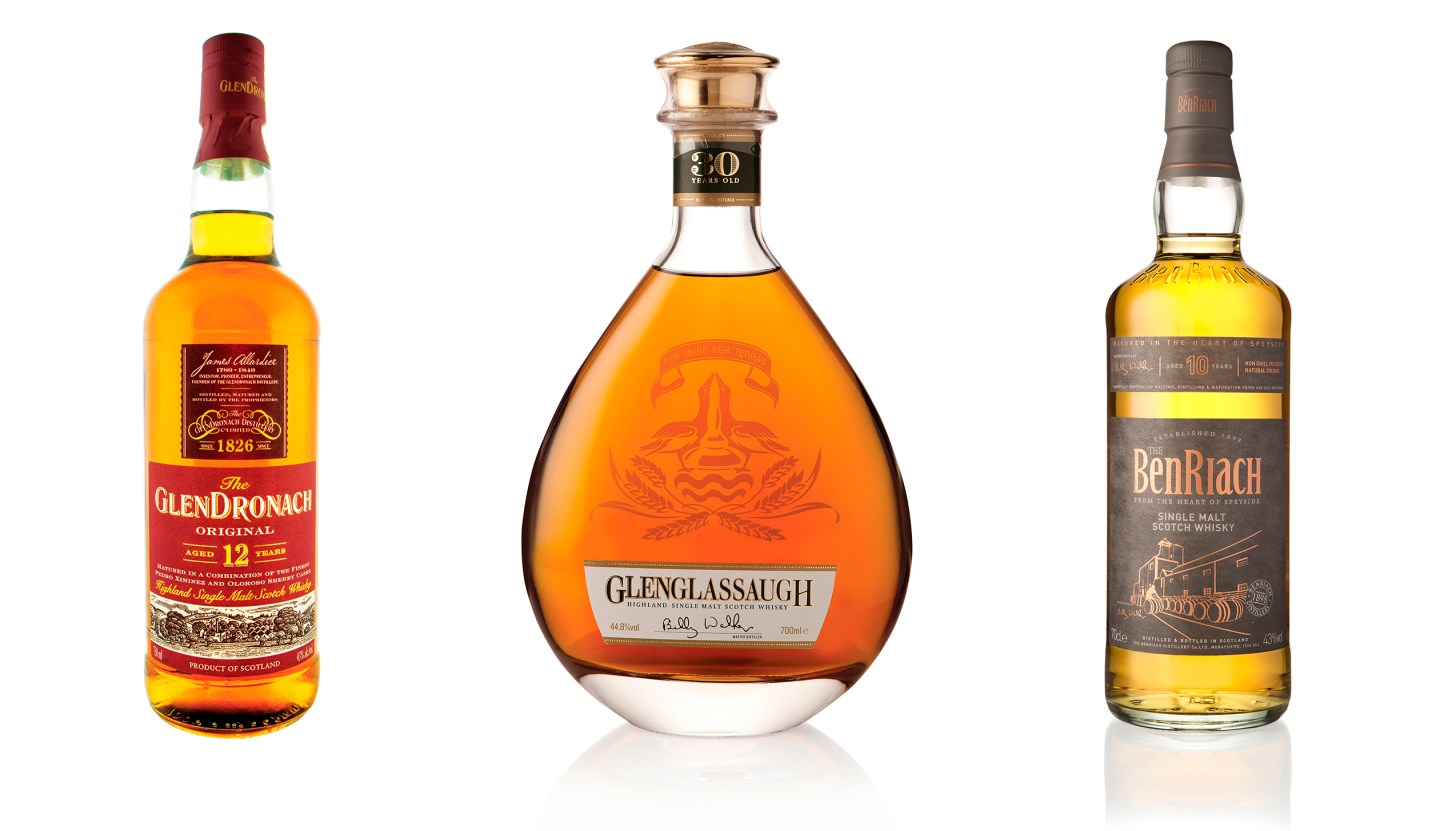 Brown-Forman has agreed to pay $416 million to acquire BenRiach Distillery, a bet on the wildly popular Single Malt Scotch whisky category as the maker of Jack Daniel’s again expands its portfolio of whiskies.

When the deal is completed, Brown-Forman (BF-B) will own three key Single Malt Scotch Whisky brands: The GlenDronach, BenRiach, and Glenglassaugh. The purchase also includes those brand trademarks, as well as three malt distilleries, a bottling plant, and the company’s headquarters in Edinburgh, Scotland.

It also notably gives Brown-Forman an opportunity to participate in the Scotch market for the first time since 2005. Previously, the American spirits company owned the marketing and distribution rights to Glenmorangie in the U.S. and some foreign markets over a 13-year period ending in 2005, as well as a 10% equity interest. It later sold that interest to Moet Hennessy.

“The acquisition of these super premium brands will allow Brown-Forman to re-enter one of our industry’s most exciting and consistent growth segments, Single Malt Scotch Whisky,” said Brown-Forman Chief Executive Officer Paul Varga.

The deal is expected to close by early June, Brown-Forman said.

Demand for Single Malt Scotch has increased in recent years as consumers look to trade up to more premium spirits offerings. The message of heritage – many Scotch brands are well over 100 years old – has also resonated with younger millennial drinkers.

Within the Scotch category, Single Malt has been the star performer. Sales for those whiskies – which are distilled from a single distillery – jumped 13% in the U.S. last year, according to the Distilled Spirits Council of the United States.

Brown-Forman has made several interesting moves in the various global whiskey markets of late. Earlier this month, Fortune reported Brown-Forman would launch the company’s first new bourbon brand, called Coopers’ Craft, for the first time in 20 years. The company also unloaded struggling liqueur brand Southern Comfort in a deal that amounts to $543.5 million earlier this year and in 2015, ventured into the Irish whiskey market by acquiring Slane Castle Irish Whiskey.