Carly Fiorina Could Still Make it to Washington 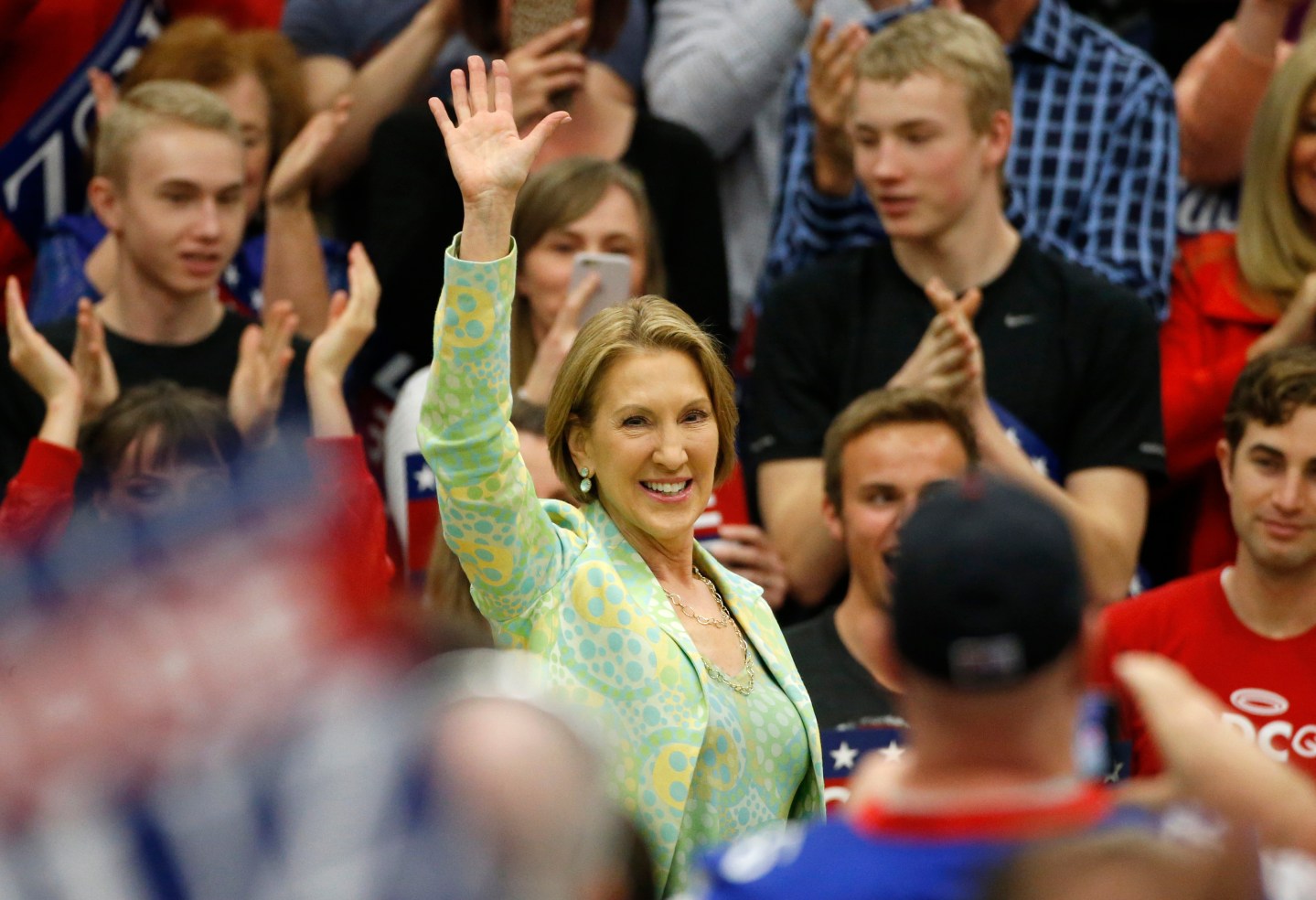 Carly Fiorina suspended her presidential campaign in February, but her dreams of making it to Washington may not be over just yet.

The former Hewlett Packard CEO is being vetted as a potential running mate for Ted Cruz, according to Re/Code, citing a Fiorina aide. Leaking her name as a possible vice president could be a strategy by the Cruz campaign to show that the Texas senator still has momentum in this race. Fiorina endorsed Cruz in March.

The news comes ahead of California’s Republican primary. With its 172 delegates, the Golden State’s June 7 contest could either help Trump reach his goal of 1,237 delegates and put him over the top, or make it possible for Ted Cruz to force a contested convention.

Having Fiorina on his ticket could give Cruz an edge in California, where she ran for senate in 2010. Though she was unsuccessful, Fiorina was by far the favorite Republican choice. She won the primary with 56% of the vote, about 35% more than the runner-up. She then lost to her Democratic opponent, Barbara Boxer, 52% to 42%.

If Cruz somehow makes it to the general election, Fiorina could also help him win over some female voters who may want to see a woman in the White House, but aren’t enamored with Hillary Clinton.