Senate Calls for Former Valeant CFO to Testify at Hearing 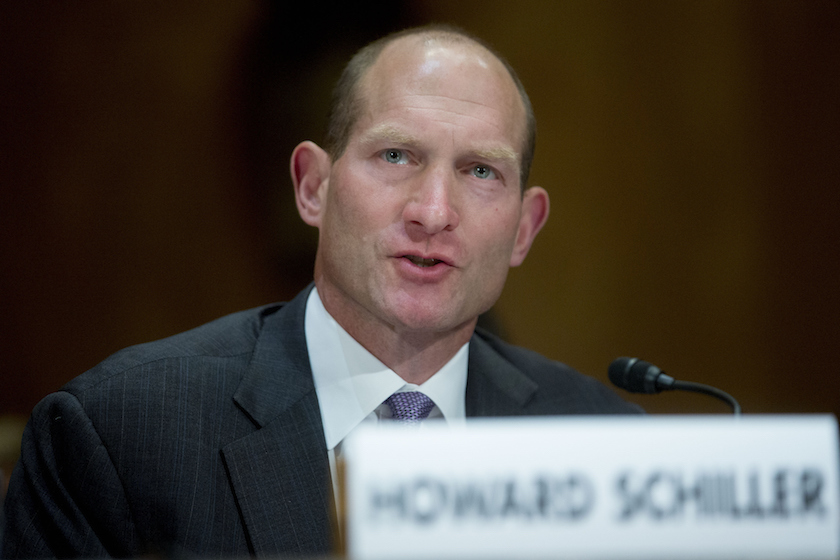 Howard Schiller, former chief financial officer of Valeant Pharmaceuticals International Inc., speaks during a Senate Permanent Subcommittee on Investigations hearing in Washington, D.C., U.S., on Thursday, July 30, 2015. The subcommittee held its first hearing under new leadership on today with a dive into the U.S. corporate tax code. Congress has been considering an overhaul of the code, prompted in part by U.S. companies shifting their legal addresses abroad to take advantage of lower corporate tax rates. Photographer: Andrew Harrer/Bloomberg via Getty Images
Photgraph by Andrew Harrer — Bloomberg via Getty Images

Howard Schiller, Valeant’s former chief financial officer and previous interim CEO, will head to a Senate hearing Wednesday along with other company witnesses to discuss the drug maker’s business practices.

Schiller served as Valeant’s CFO from December 2011 to June 2015. The drug maker is currently investigating possible “improper conduct” on his part that contributed to a mis-accounting of revenue to the tune of $58 million. Valeant (VRX) is now working to restate its past earnings. Schiller has denied any wrongdoing.

The Senate committee is looking into improper accounting practices and massive drug price increases that have driven Valeant’s sales for the past several years. There’s already been several congressional hearings that have explored the issue of rising drug prices, but this is the first that will be solely dedicated to Valeant’s business model. The company is already under investigation by the Securities and Exchange Commission.

Valeant has faced a swift fall from grace in recent months, though it had long been a Wall Street darling. The company’s focus on acquisitions over expensive research and development appeared to produce high growth. It also would regularly boost prices on the newly acquired drugs. One analysis by Deutsche Bank found that Valeant jaked up prices on some 54 drugs last year alone by an average 66%, much higher than the rest of the industry.