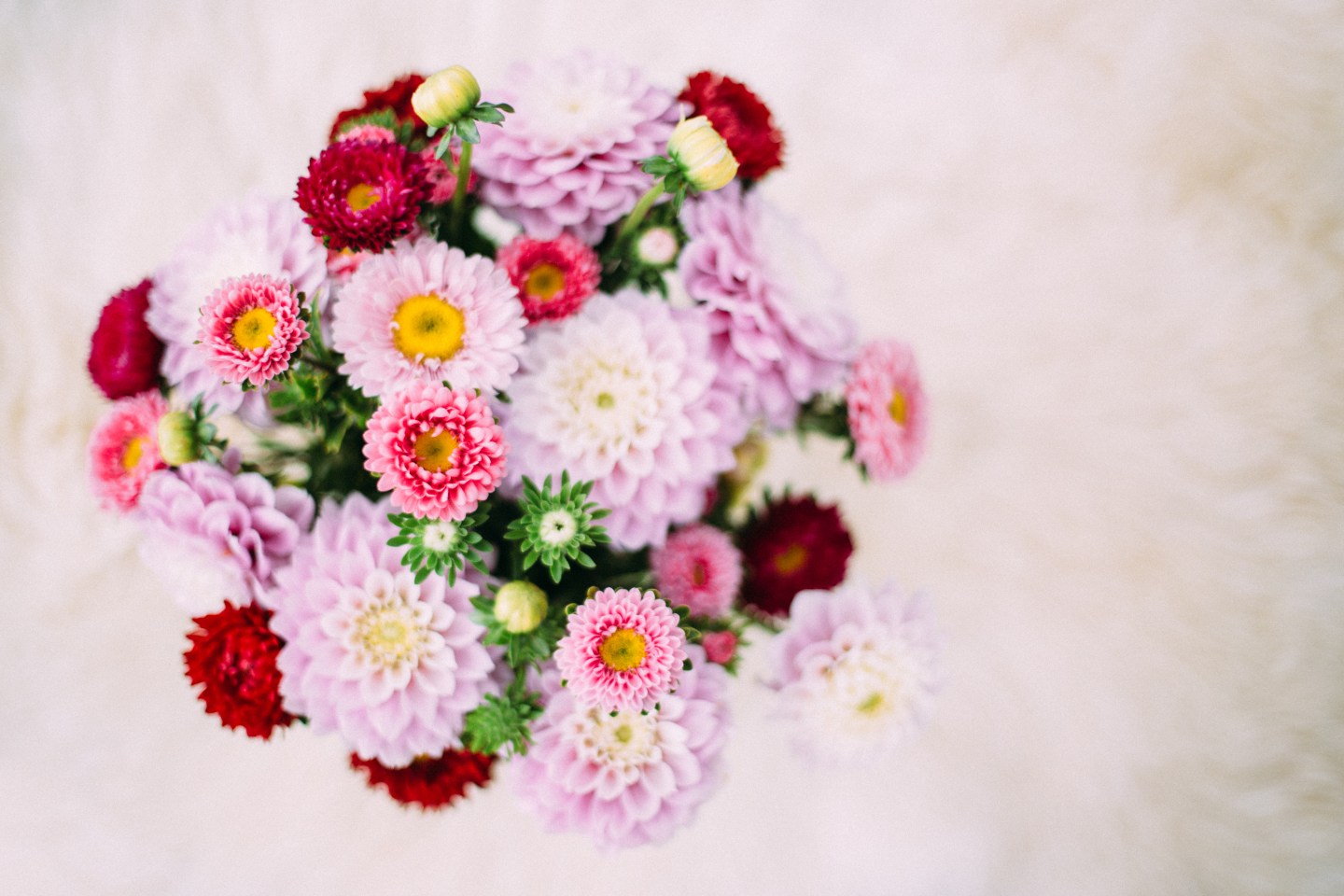 The piece originally appeared on TIME.

Startups around the country are developing new models of buying and selling flowers that limit spoilage, lower prices and bring an aesthetic that looks nothing like the kind of thing you’d find in a grocery store.

TIME breaks down their missions and where they’ll be delivering bouquets packed with peonies this Mother’s Day.

Founder Christina Stembel has held focus groups with men and women. What she found is that men think women want rainbow-colored arrangements full of big things like sunflowers. But what women largely favor is more in line with her aesthetic: neutral, soft tones with smaller, more delicate blooms; leafy greens; and pops of colors like burgundy. Think chippendale roses and ornamental kale.

Stembel buys only from American growers, which she says makes the blooms last longer than the majority of what people buy in the U.S., which is shipped in from South America. The company keeps costs and spoilage down by generally offering only one arrangement per day. But it will have some special options for Mother’s Day, like all-peony arrangements.

BloomThat‘s approach to disruption in the flower industry is pure Silicon Valley. While the company certainly cares about making modern and pretty arrangements, it cares even more about solving “pain points” in the ordering process. The people behind the snarky, flirty brand have poured their efforts into making it easy to order flowers with a few taps on a smartphone. They have also been working to figure out how people might send flowers to others without knowing their addresses first. BloomThat is all about the “I’m thoughtful, I just don’t have the time” consumer, says cofounder Matthew Schwab.

Related: How This Floral Startup Plans to Take On 1-800-Flowers

This startup’s philanthropy was originally a solution to a problem. Cofounder Steven Dyme was peddling flowers on college campuses during events like graduations and got some pushback from school officials. So he made a proposition: if they allowed him to sell flowers there, he would give a cut to the school for things like scholarships and donate backpacks filled with school supplies to non-profits. Today philanthropy is at the heart of the startup’s business model. Flowers for Dreams chooses a different non-profit in the Chicago area each month and gives them a quarter of its profits, which gives both good cause to promote each other.

This cohort of innovators has been drawn to the flower space partly because it has plenty of inefficiencies to streamline. The flowers you see at your local florist might have changed hands three or four times on their way from Bogota to Baton Rouge. “You have a ton of waste,” says the Bouqs Co. cofounder John Tabis. And if they’re not kept near freezing at each step, the quality can drop. This company takes out the middlemen by giving farms its branded shipping materials so bouquets can be sent straight from where it’s grown to the recipient. The best part: free delivery.

BloomNation isn’t so much in the flower business as in the business of helping local florists get more out of e-commerce, likening what it does to what Etsy does for artisans and antique-sellers. Rather than you having to go from website to website—or the white pages—trying to find a local shop, BloomNation makes that searchable and comparable in one place.

Cofounder Gregg Weisstein suggests BloomNation’s model, taking about a 10% cut, is friendlier to brick-and-mortar shops than “wire services” like 1-800-Flowers, which he says might take half a customer’s money and wire out the other half to a local florist in their network, who is told to make something that resembles a picture from their catalog.

While other startups have tried and backed away from delivering flowers “on demand,” UrbanStems continues to promise delivery as little as an hour after the order is placed, though that window will be three hours on Mother’s Day. And to give you proof of what you’re getting for your money—as well as peace of mind—its delivery couriers snap a photo of the blooms outside the delivery location.

Like other startup founders, UrbanStems Jeff Sheely says his team was inspired to start the company after something went wrong doing it “the old-fashioned way” too many times—like the order not being delivered on time or not really looking like the picture of what was promised.