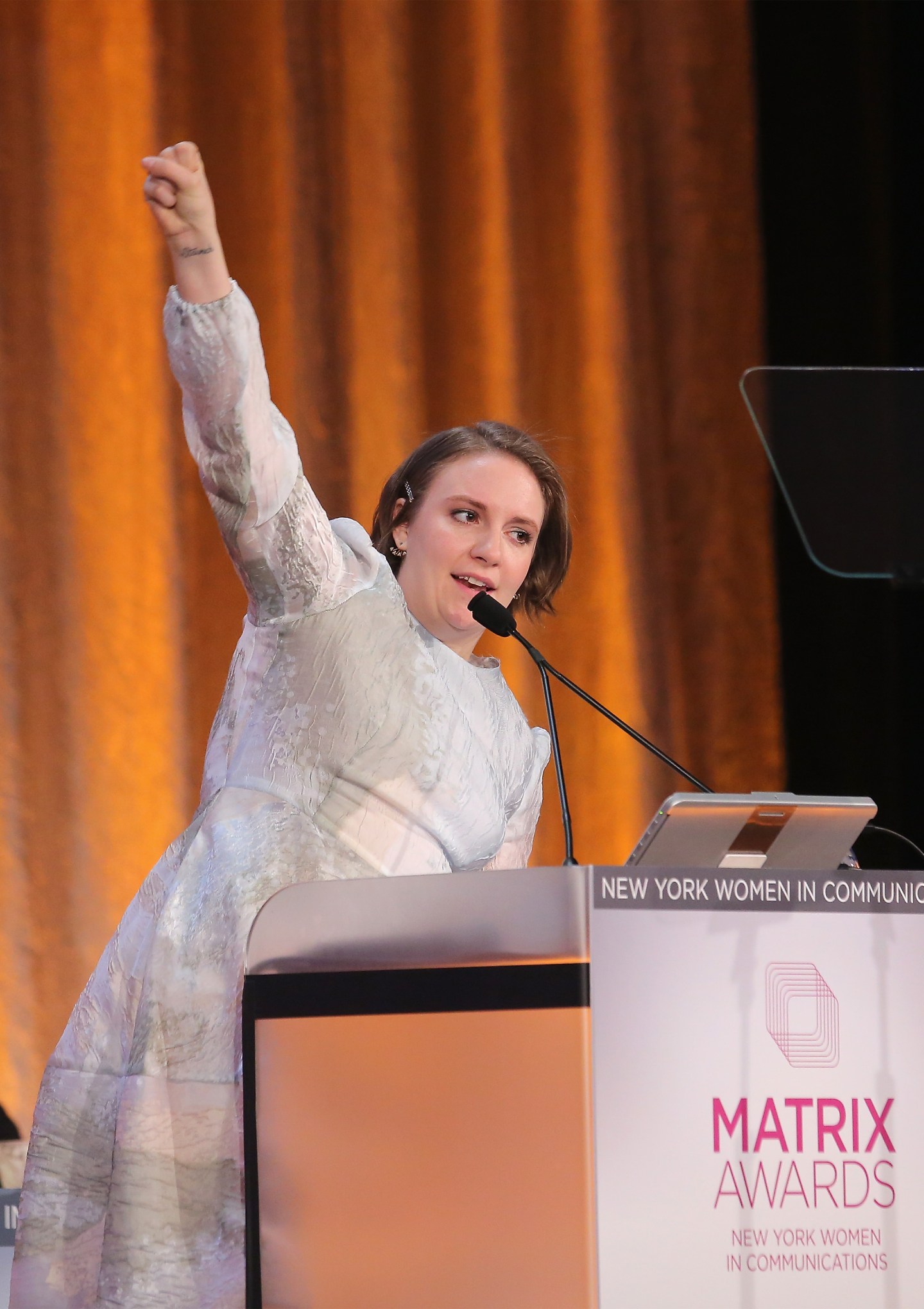 Who knew psychedelics could lead to feminist epiphanies?

While accepting a 2016 Matrix Award on stage in New York City, Lena Dunham shared one of her biggest revelations about feminism—and the fact that she made this discovery while taking psychedelic mushrooms.

“The one time I did mushrooms in college…I went into a bathroom, I looked in the mirror and suddenly I felt the connection not just to every woman who had come before me, but to every woman who would come after me,” she told the audience on Monday afternoon. She learned then that “[women] were just a drop in a greater pool of water and that our job was to move forward in strength—thank you mushrooms!”

Though she spoke lightheartedly about the drug-induced experience, Dunham was serious about her takeaways.”This speaks to the importance of intergenerational female friendship, intergenerational female mentorship,” she said, referring to Gloria Steinem, the feminist icon who presented her with the honor, which was awarded by New York Women in Communications (NYWICI) for achievements in the industry.

“I feel so lucky to be among these women and to be redefining what [being female] means for us,” she said of her fellow honorees, who included Time editor Nancy Gibbs and Ariel Investments president Mellody Hobson, among others.

“It’s what gets me fired up in the morning and it’s what makes me want to live a really long time,” she said.