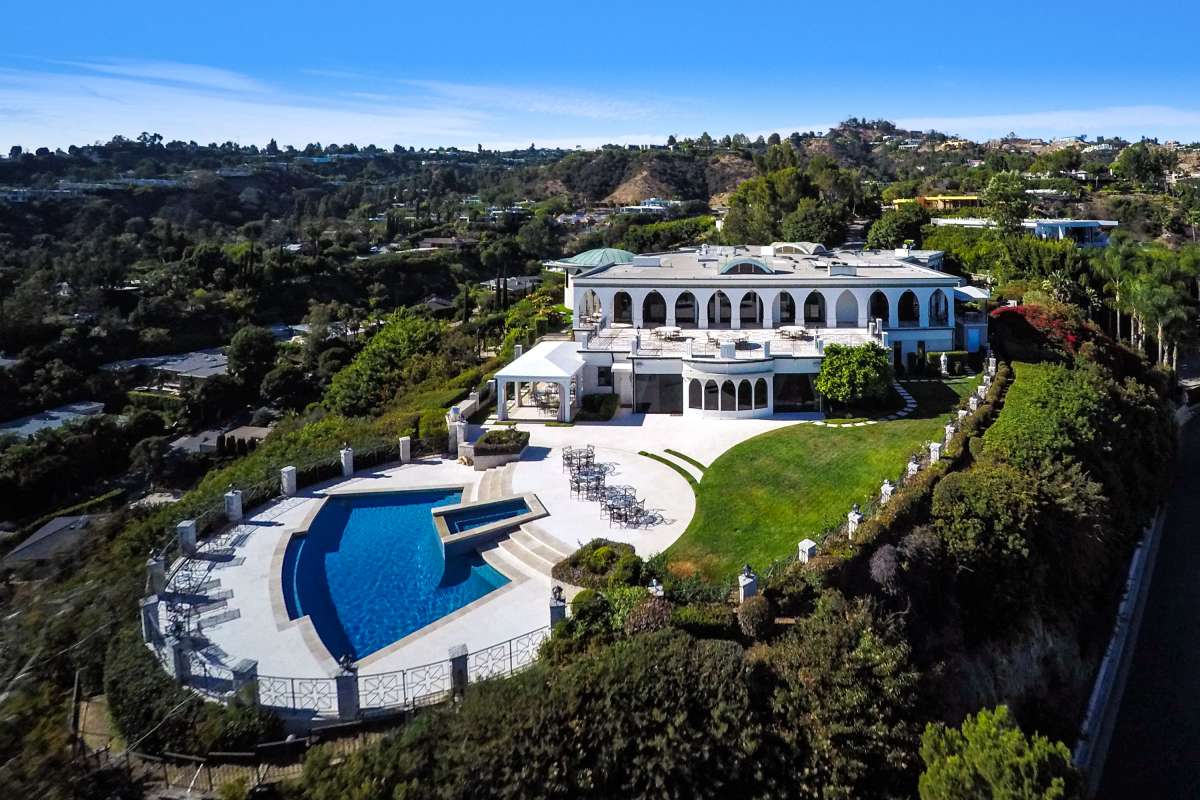 As he gallivants through estates worth tens of millions of dollars on CNBC’s Secret Lives of the Super Rich, it is hard to imagine Aaron Kirman as anything other than the highly driven, supremely confident real estate agent we see on the show. But as a young boy growing up in the San Fernando Valley, Kirman’s path to the corridors of regal homes, elite client lists, and television show appearances would have seemed far from likely.

Kirman suffered from what’s known as a visual learning disorder, which affects how the brain processes visual stimuli, including symbols. This made it difficult for him to do math and read, a situation further complicated by his dyslexia. Making matter even worse, he could not even say his name properly in elementary school.

Suffering from a speech impediment that hampered his ability to say the letter ‘R,’ Kirman says he dreaded the first day of school each year, when he was forced to try to say his name in front of the class.

Referring to those childhood days, Kirman said, “It was horrible.”

But unlike other kids who might have found an outlet in sports, art, or inventing, Kirman did not harbor dreams of one day becoming the next Sandy Koufax, Martin Scorsese or Steve Jobs.

Instead, from his earliest memory Aaron Kirman wanted to sell houses.

“As I got older, I found I had the learning disability, so there were a lot of other things I probably could not do,” he said.

According to Dr. Jenny Radesky, a child behavior expert at C.S. Mott Children’s Hospital at the University of Michigan, Kirman is a clear example of how children with learning disabilities can learn to cope, especially once they find subjects or work in which they are able to succeed.

“It is incredibly frustrating to be a bright kid who cannot put the pieces of info together,” said Radesky, who noted that children with visual learning disorders often have skills and talents in other areas, often in social processing or creative fields.

Radesy added that one of the biggest challenges for such children is building confidence, something Kirman said took him a long time to develop after a childhood in which he had to be pulled out of class regularly for various therapies.

Through his business success, Kirman says he has found a level of validation and respect that had eluded him in his earlier years.

“It was the first time I was really good at something. It wasn’t until I found work and became kind of successful that I was like ‘Wow, I can call my own shots,’” he said, in a voice that is once singsong and inoffensive, yet unmistakably serious. “And it was the first time that I wanted to excel and win.”

Today, the houses he sells are often worth over $10 million and his client list has included Rihanna, Nicky Minaj, and Orlando Bloom. Overall, he says he’s notched some $3 billion in sales, including almost $300 million in 2015 (enough to make him America’s 13th most prolific real estate agent last year).

Kirman’s level of confidence does not seem to be an issue any more, as demonstrated by a meeting he recently had with a large U.S. developer.

“You’re screwed,” he says he told the developer (albeit in more colorful language). “You picked the wrong access point, you picked the wrong street for access, you have the wrong grade for entrance, you don’t have all the bells and whistles. You did a very okay house on an exceptional lot and that’s going to get you nowhere.”

Perhaps more telling than Kirman’s gall was how the developer reacted. According to Kirman, the developer thanked him. And then scrapped the plan.

It is a long way from Kirman’s early years to that meeting. In addition to his visual learning disorder, dyslexia, and speech impediment, he also knew he was gay from a relatively early age. All of this combined to make it harder to him to fit in amongst his grade school classmates and earn good grades in a traditional system.

By the time he was in high school, Kirman said he was a C or D student. Still, he dreamed of enrolling at USC, so he applied. Not surprisingly, he was rejected. And he was hurt.

Upon receiving the letter, Kirman immediately wrote a heartfelt, emotional response, further explaining his condition and his intense desire to attend USC.

To his shock, it worked; he was interviewed, admitted to a special program at the school, and eventually graduated with a degree in business and communications.

Out of college, Kirman made his name selling homes built by famous architects in Los Angeles, like Rudolph Schindler, Richard Neutra, and John Lautner. Kirman says he tried to focus on one segment of the market and own it.

“Once you are leader in anything, you can trade on that,” he said, noting how fluidly top CEOs can flit from one industry to another.

Today, Kirman is known for listing blockbuster homes like the Danny Thomas estate, which is on the market for $135 million. At that price, according to Kirman, buyers are often looking to buy both an appreciating piece of property as well as a kind of turnkey entrée into the local scene

“Sometimes you’re selling a life or a lifestyle,” said Kirman, who says he often introduces clients to business managers, lawyers, architects, private school administrators, and others.

“I can usually get to anybody with one phone call,” he said with a slight grin.

Other peculiarities of working at the highest levels of real estate include deals with secret buyers, an issue that has gotten more media attention in the past year, particularly with regard to sales in London and New York. The U.S. Treasury Department announced new regulations in January requiring “all cash” buyers of high-end properties in Manhattan and Miami-Dade County to be disclosed.

Kirman said about 60% of his sales are to secret buyers.

With the buyers he does know, however, Kirman has racked up a fearsome number of airline miles, not to mention stories. There is the time a Russian oligarch invited him to Paris, forgot he invited him, sent a ticket for him to fly to Russia, and then made up for the error by showing Kirman the most lavish of Russian hospitality. Then there was the leisurely yacht trip in the Mediterranean with friends that unexpectedly led to a deal worth more than $85 million in Europe shortly thereafter.

Such unconventional clients have led Kirman to use unconventional means to find business. Kirman studies new airline flight routes for clues into where wealth might soon be accumulating, for example, and he does the same for new discoveries of natural resources.

Now that he’s become a celebrity realtor of sorts, Kirman would be excused a certain amount of self-satisfaction and optimism. But he still has worries. Assessing today’s luxury residential market, his outlook is wary. Buyers are no longer paying whatever is asked, he says, and a “price adjustment” may be starting at the high end.

“We are not seeing that frenzy,” he said, his smile leaving his face for a fleeting second at the thought. “But a down market would bring in new clients looking for a great deal.”