Caterpillar Just Slashed Its Outlook for 2016 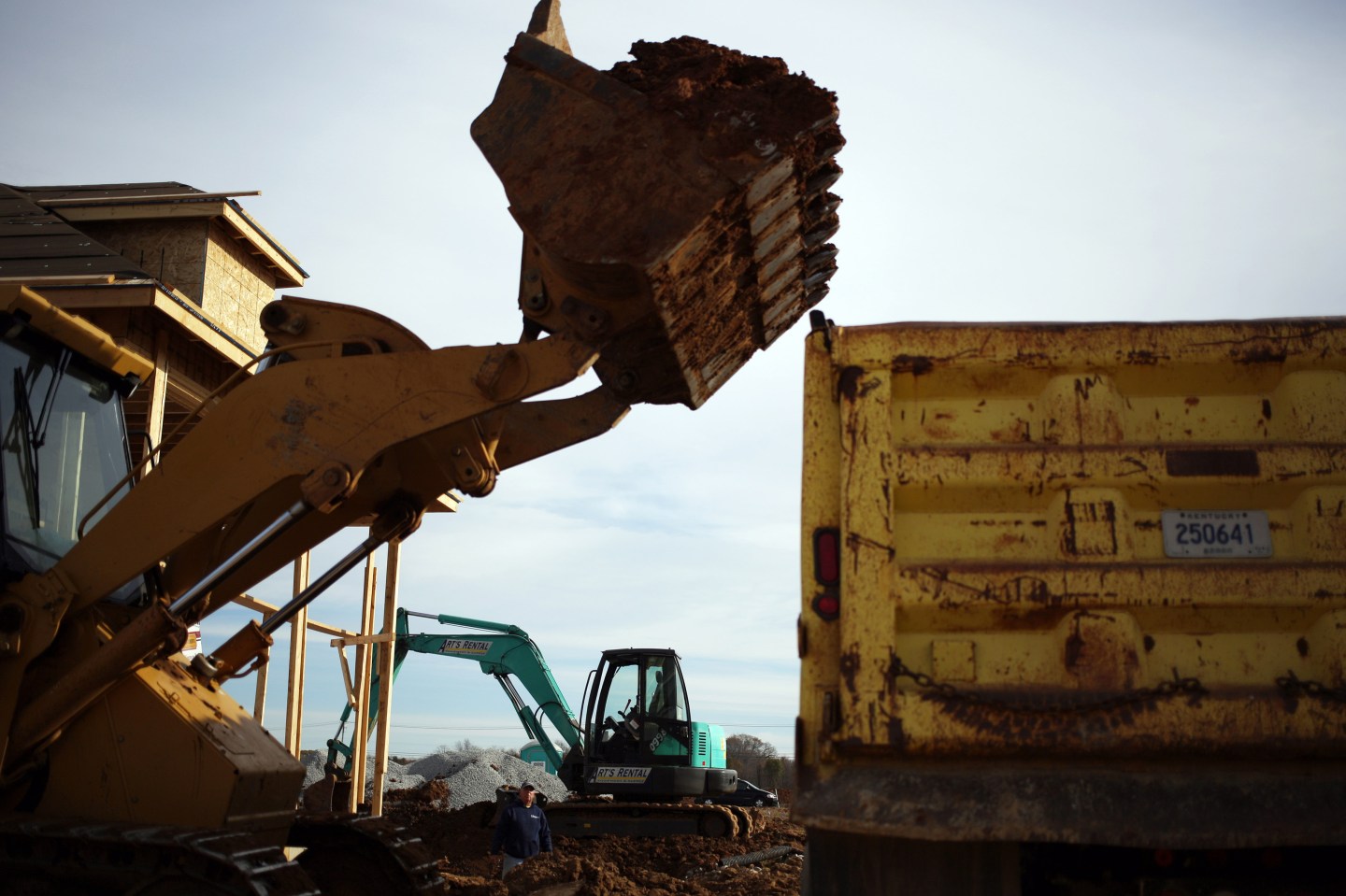 A Caterpillar Inc. 953C track loader moves soil to a dump truck as contractors work during the construction of residential housing in the Norton Commons subdivision in Louisville, Kentucky, U.S., on Monday, Nov. 16, 2015. The U.S. Census Bureau is scheduled to release housing starts figures on November 18. Photographer: Luke Sharrett/Bloomberg via Getty Images
Photograph by Luke Sharrett—Bloomberg via Getty Images

Caterpillar Inc. lowered its 2016 sales and earnings outlook and posted a lower first-quarter net profit on Friday as revenues declined in the company’s construction, oil and gas, mining and rail business segments.

The world’s largest heavy machinery manufacturer reported a net income of $494 million, or 67 cents per share in the first quarter, down from a revised $1.70 billion, or $2.07 a share, a year ago. Analysts had expected earnings per share of 68 cents.

Including restructuring costs, Caterpillar earned 46 cents per share, compared with a revised $2.03 a year earlier. Revenue fell to $9.46 billion from $12.7 billion a year ago.