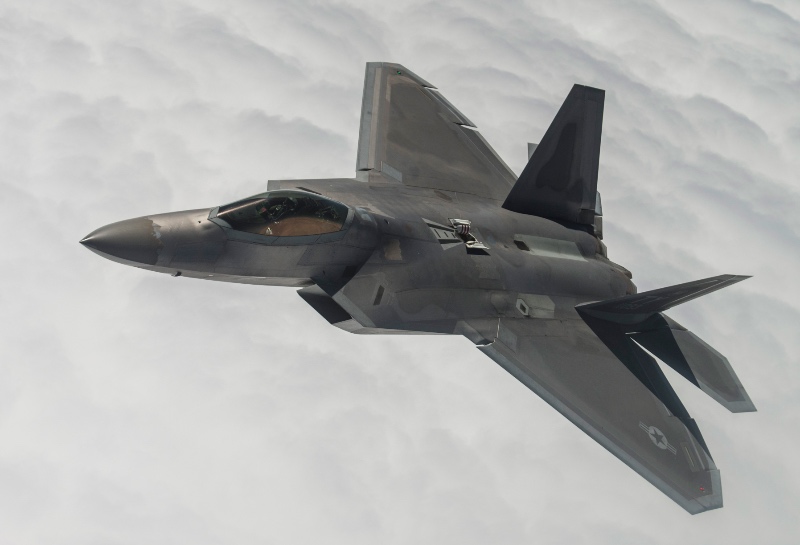 Citing a growing perception that the U.S. military is losing its advantage in the skies, the U.S. House Armed Services Committee has asked the Air Force to determine how much it would cost to restart production of its F-22 Raptor stealth fighter five years after the last combat jet rolled off the assembly line.

“In light of growing threats to U.S. air superiority as a result of adversaries closing the technology gap and increasing demand from allies and partners for high-performance, multi-role aircraft to meet evolving and worsening global security threats, the committee believes that such proposals are worthy of further exploration,” the committee says in its markup of the 2017 defense budget.

The F-22 is the world’s only so-called fifth-generation fighter jet—one with advanced stealth capabilities and networked sensors that vastly enhance pilots’ situational awareness—in active service. The Pentagon originally ordered 749 of the jets from contractor Lockheed Martin, but budget pressures eventually pushed the Air Force to trim the number to its minimum requirement of 381 aircraft.

It eventually received just 196–eight test aircraft and 187 operational jets. Then-Defense Secretary Robert Gates terminated production in 2011, citing both the high cost associated with the program and a need to focus attention and resources on the more advanced F-35 Joint Strike Fighter (also made by Lockheed Martin).

The prevailing thinking at the time was that the F-22 was less relevant to post-Cold War conflicts like Iraq and Afghanistan, and that the F-35 could spread the tactical advantages of advanced stealth and sensors to all branches of the U.S. military, including the Marine Corps and Navy. But while the F-35 program remains plagued by technical problems and years behind schedule, the Air Force’s F-22s have gained positive reviews through a handful of overseas combat and security deployments to the Middle East and Europe.

That seems to have changed lawmakers calculus on the F-22, at least to the point that they’re willing to look into producing additional F-22s for the Air Force—which, by the way, denied it had any interest in restarting F-22 production as recently as February. A reboot of the Raptor’s production line would certainly be welcome news to Lockheed Martin (LMT), as well as to Boeing (BA), which produces a considerable number of F-22 components.

For more about the aerospace industry, watch:

The committee’s markup directs the Air Force secretary to conduct and deliver a study to Congress by the start of next year of the costs associated with procuring an additional 194 F-22s. Unfortunately for F-22 advocates, that study may be as far as this idea goes. The Air Force’s aforementioned reluctance to explore rebooting the F-22 is rooted in simple math. The Pentagon already has several wildly expensive aircraft programs underway, including the $400 billion F-35 program and the newly-minted B-21 bomber program (formerly known as the Long Range Strike Bomber).

The last time someone did a serious study related to F-22 procurement was back in 2010—shortly before then-Sec. Gates terminated the program—when the RAND Corp. estimated that buying just 75 more F-22s would cost some $17 billion in 2008 dollars. That was before the production line was fully shuttered. Generously allowing for economies of scale, it’s fair to say that buying nearly 200 more F-22s would cost well more than twice that $17 billion—money would that be sucked away from the Air Force’s other priorities.