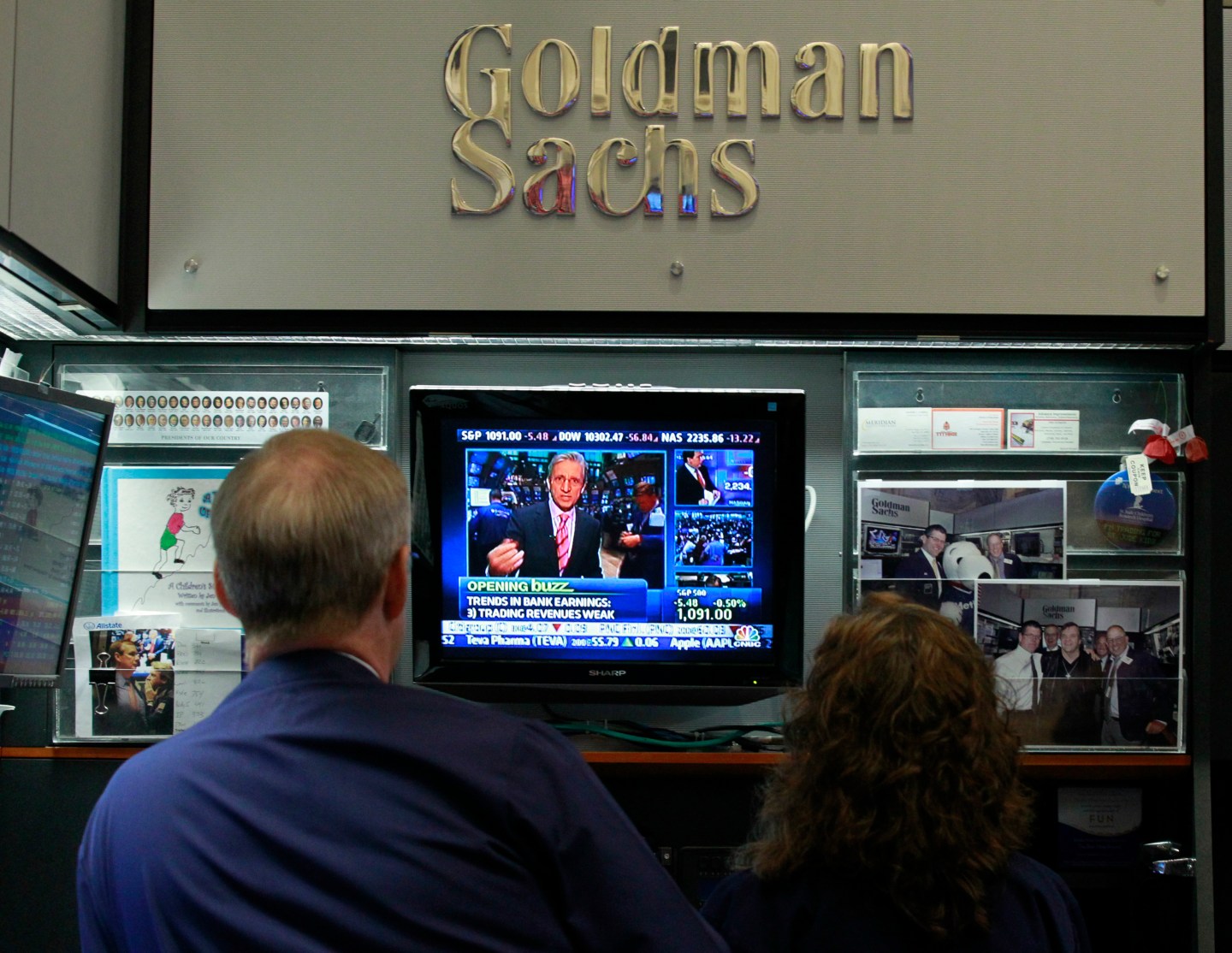 As Goldman Sachs’ profits and revenues have sunk, so have its employees’ salaries and bonuses.

Compensation and benefits per Goldman Sachs (GS) employee fell about 44% in the first quarter of 2016 compared with the same period a year ago. While Goldman’s workers earned an average of $129,622 in the three months ending March 31, 2015, this year each earned $72,931, according to the megabank’s first-quarter results released on Tuesday.

The news comes as Goldman reported first-quarter profits fell for the fourth quarter in a row. Net income dropped to 56.3% to $2.68 per share—beating analysts’ consensus—while revenue from trading bonds, currencies, and commodities fell 47% to $1.66 billion. Wall Street pay is often performance-based.

The heavy pay cuts may also be partially be explained by Goldman Sachs’ aggressive cost-cutting campaign to lift its bottom line. In recent months, Wall Street banks have been pressured by risky loans in the energy sector, market volatility, and stiffer regulations.

While Goldman increased its number of employees by 6% to 36,500, it shrank its compensation pool 40% to $2.7 billion. Goldman has managed to keep hiring up but compensation expenses low by moving roughly 25% of its staff to lower-cost locations in the U.S. and abroad. The company also shifted to hiring younger, and cheaper workers while accelerating promotions.

“As a result, while total staff levels are up over the four-year period, overall compensation and benefits expenses have declined by approximately $270 million,” Goldman Sachs CEO Lloyd Blankfein wrote in the bank’s 2015 annual letter to shareholders in April.

And those cuts are only expected to get steeper. Earlier this month, Bloomberg reported that Goldman is expected to lay off more support staff, such as tech workers, in what could be a $1 billion-plus spring cleaning.

Granted, compensation and benefits spent on each employee is not a perfect measure of how much Goldman Sachs employees’ salaries have been cut. After all, the category includes bankers, secretaries, and janitors—which all have vastly different compensations. But it does provide a window into the expense-cutting frenzy going on inside the bank and how the company is restructuring its hiring model.