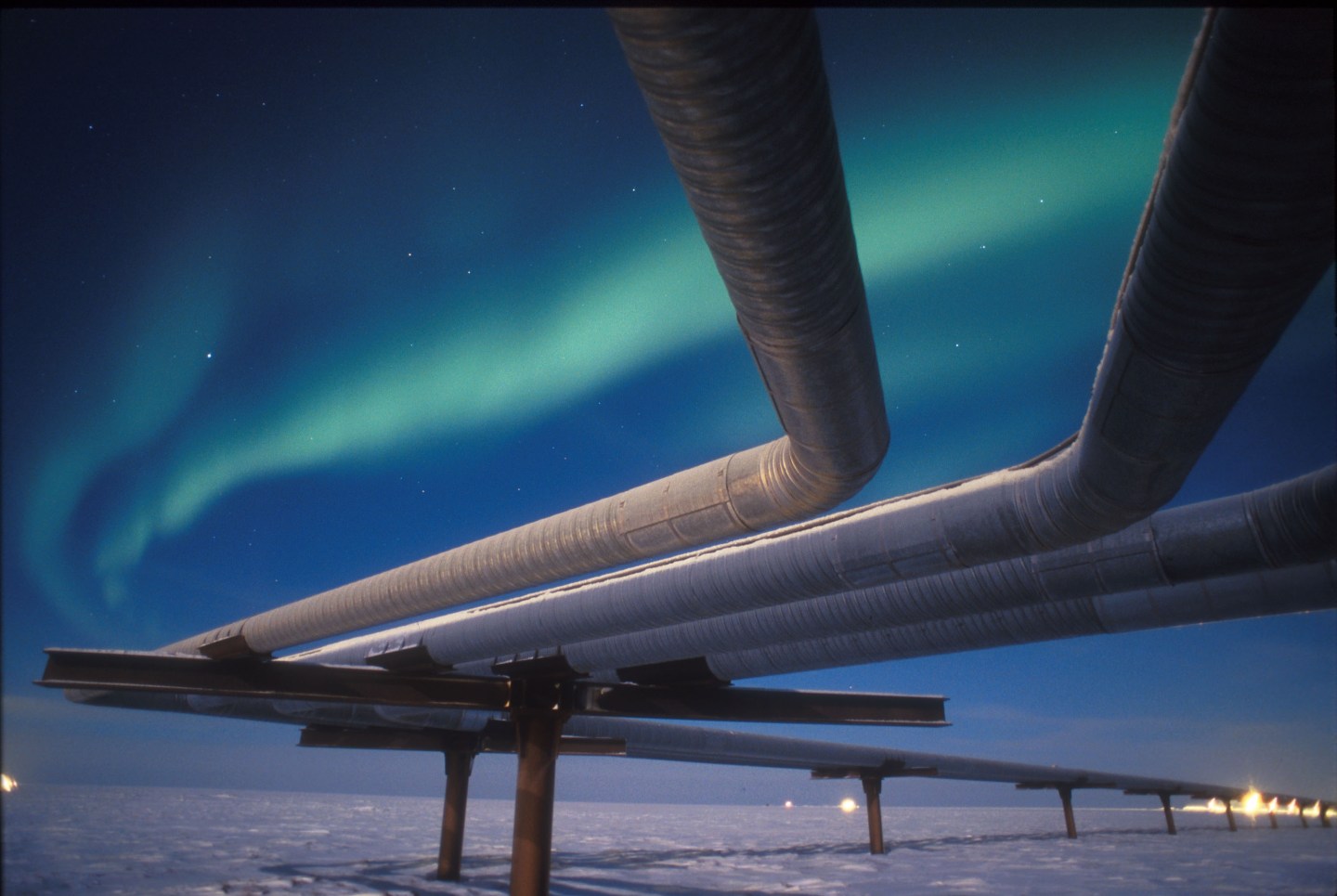 Amid falling oil prices, Alaska may be thinking the unthinkable: dipping into the state’s seemingly untouchable $51 billion Permanent Fund.

To some, it looks a lot like taking money out of citizens’ pockets. The Alaska Permanent Fund has been used for the past four decades to pay dividends to state residents and provide government services using oil-related revenue. It’s part of the reason why Alaska has neither sales nor income taxes.

But now, with oil sinking below $30 a barrel in the past few months, the state government is seriously considering cutting its citizens’ dividends in order to pay down the state’s burgeoning $4.1 billion budget deficit, the Wall Street Journal reported. Legislators already blew through their session deadline on midnight Sunday to complete a proposal regarding the budget with just “small steps forward,” according to the Alaska Dispatch News.

“What’s changed is the magnitude of the problem,” said Alaska Gov. Bill Walker, an independent, in an interview with the Journal on Friday. “[The projected deficit] is so big that things that were off-limits are no longer off-limits.”

Alaska, which pulled roughly 75% of unrestricted revenue from oil production in 2015, is considering cutting annual dividends by about half from $2,072 per person a year earlier—though that would only close its deficit gap by about $2.5 billion.

The state’s heavy oil tax incentives are also another point of contention, with some legislators calling for the government to cut those before looking at the Permanent Fund. Siphoning money from the fund has long been a near-taboo topic for lawmakers.

“I can’t go back to my constituents and say, ‘Sorry, I need to take your Permanent Fund so I can pay the oil industry,’” state Senator Bill Wielechoswki, a democrat from Anchorage, told the Journal.

And Alaska’s budget squeeze from the falling price of oil is only expected to worsen. Over the weekend, world leaders met at Doha in the hopes of brokering a deal to stymying oil production. That deal ended in pieces, sending both the S&P 500 and oil prices down sharply. WTI crude fell to $39.27 a barrel, while brent crude fell to $42.10 a barrel.