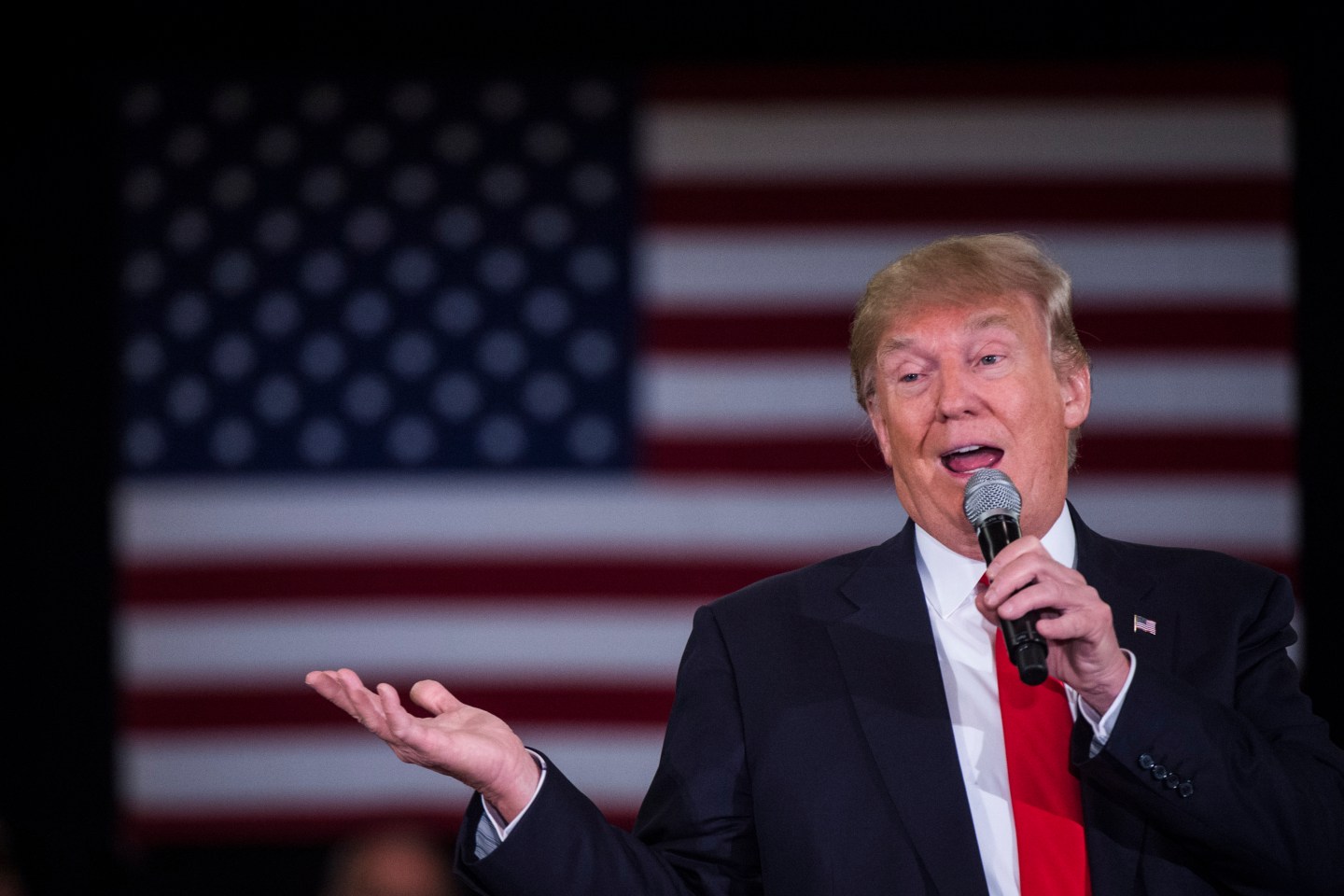 Donald Trump is deploying a new talking point in his campaign that is rarely heard from the lips of Republican candidates: voter rights.

In an op-ed in Friday’s Wall Street Journal, Trump portrayed himself as the people’s choice candidate, seeking “maximum transparency, maximum representation and maximum voter participation.” As Trump sees it, America wants him to be president; it’s the Grand Old Party standing in the way of the democratic process. Ted Cruz, he accuses, is “celebrating [voters’] disenfranchisement.”

Trump’s outrage largely pivots on a particular political situation in Colorado, where a rule change in August meant that the state’s 34 unbound delegates would be chosen by party activists rather than by a straw poll primary vote. This is the case in the handful of states that choose to elect their Republican convention delegates through caucus or convention systems rather than primaries. Each state has its own complex process for electing delegates to the convention—a wonky issue that reared its head earlier in the race when Ohio and Florida’s winner-take-all primary systems raised the stakes dramatically for the candidates who called those states home. On Saturday, Wyoming Republicans will gather at a state convention to choose Republican delegates in a similar way to Colorado’s system.

“Let us make Colorado a rallying cry on behalf of all the forgotten people whose desperate pleas have for decades fallen on the deaf ears and closed eyes of our rulers in Washington, D.C.,” Trump wrote in his Journal op-ed, calling for a wholesale reform of the party’s primary process. He’s claimed that Colorado Republicans changed the primary system rules after he joined the Republican race in order to quash his chance at winning delegates. Trump supporters have taken up his call to action, organizing protests and placing thousands of calls to Colorado Republican Party chairman Steve House’s cellphone. The protest, planned for Friday, goes under the banner “Colorado Votes Matter.”

Party leaders, of course, say that the primary system is far from rigged—it’s just complicated. “As a party, we believe in the freedom of the states to make decisions about how they will select delegates to the National Convention,” Republican National Committee chief strategist Sean Spicer said in a memo Friday. “The rules surrounding the delegate selection have been clearly laid out in every state and territory and while each state is different, each process is easy to understand for those willing to learn it.”

Trump’s attack on Colorado’s delegate-selection process—and the subsequent protests by his supporters—have taken up the unlikely diction of voters’ rights advocates. It has historically been a cause trumpeted almost exclusively by the Democratic party, since many disenfranchised voters are people of color and the poor—exactly the voters whose interests likely lie in voting blue. In fact, it’s usually Republicans who are accused of committing disenfranchisement. Voter ID laws like those passed in Republican-controlled Kansas, Georgia, and Alabama all make it more difficult for eligible voters to access ballots on Election Day.

It’s unlikely that Trump would be well-served in a general election by “empowering voters” and eliminating the barriers to voting that have been erected by Republican lawmakers. In 2012, one civil rights group’s study found that voter ID laws across 23 states would disenfranchise as many as 10 million eligible Latino voters. Other studies have also documented the significant negative impact of voter ID laws on Hispanic turnout. Trump is famously unpopular with Hispanic voters thanks to his focus on deporting immigrants and erecting a border wall. According to a Washington Post-Univision poll, 8 in 10 Hispanics had at least an unfavorable view of the Republican; more than 7 in 10 characterized that view as “very unfavorable.”