The NBA Will Feature Ads on Its Jerseys Starting 2017 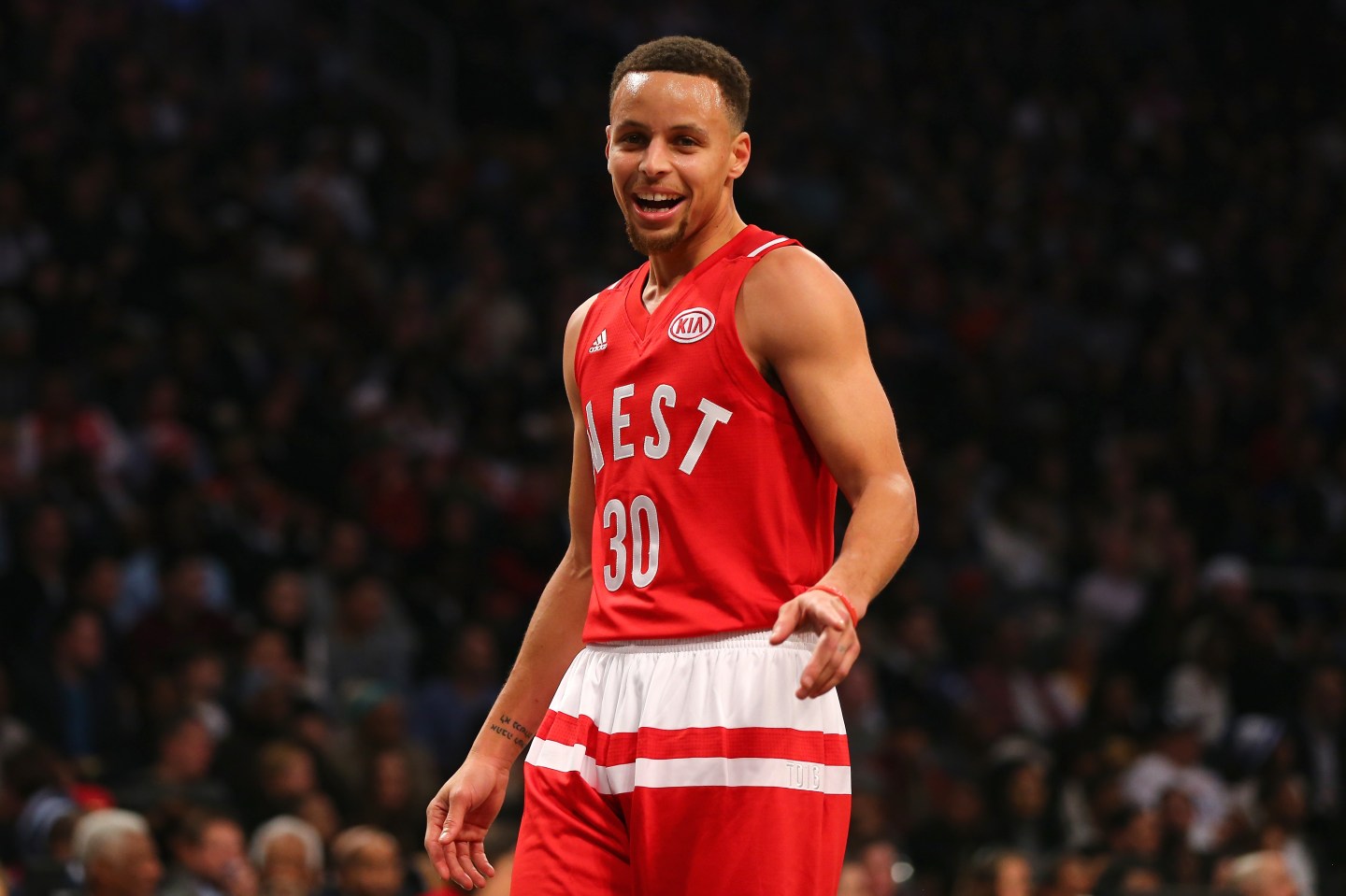 TORONTO, ON - FEBRUARY 14: Stephen Curry #30 of the Golden State Warriors and the Western Conference reacts after a play in the first half against the Eastern Conference during the NBA All-Star Game 2016 at the Air Canada Centre on February 14, 2016 in Toronto, Ontario. NOTE TO USER: User expressly acknowledges and agrees that, by downloading and/or using this Photograph, user is consenting to the terms and conditions of the Getty Images License Agreement. (Photo by Elsa/Getty Images)
Photograph by Elsa/Getty Images

Starting with the 2017-18 season, NBA teams will be allowed to put ads on its jerseys.

Team owners approved a three-year pilot project that will give basketball teams a chance to put “sponsorship patches” on its jerseys, the league announced on Friday. The 2.5-inch by 2.5-inch patch will be placed on the front left of jerseys, and will ironically be on the opposite side of the Nike logo. The sponsor patch, however, will not appear on the retail versions of the player jerseys.

“We’re always thinking about innovative ways the NBA can remain competitive in a global marketplace, and we are excited to see the results of this three-year trial,” NBA Commissioner Adam Silver said in a statement.

This represents the first move by one of the four major professional sport leagues—Major League Baseball, the National Hockey League and the National Football League included—to put ads on jerseys during regular season games. This puts the league more in line with Major League Soccer, the WNBA, and with European soccer leagues, who all already put brand names and logos on game-day jerseys.

It potentially creates a new income stream for sports teams, and could bring in an estimated $150 million in total revenue per year, people familiar with the league told Bloomberg. The project also provides teams with a possible way to supplement gate revenues, which according to a study by PricewaterhouseCoopers, could see its future growth rate fall behind that of money generated from media rights and sponsorship deals.