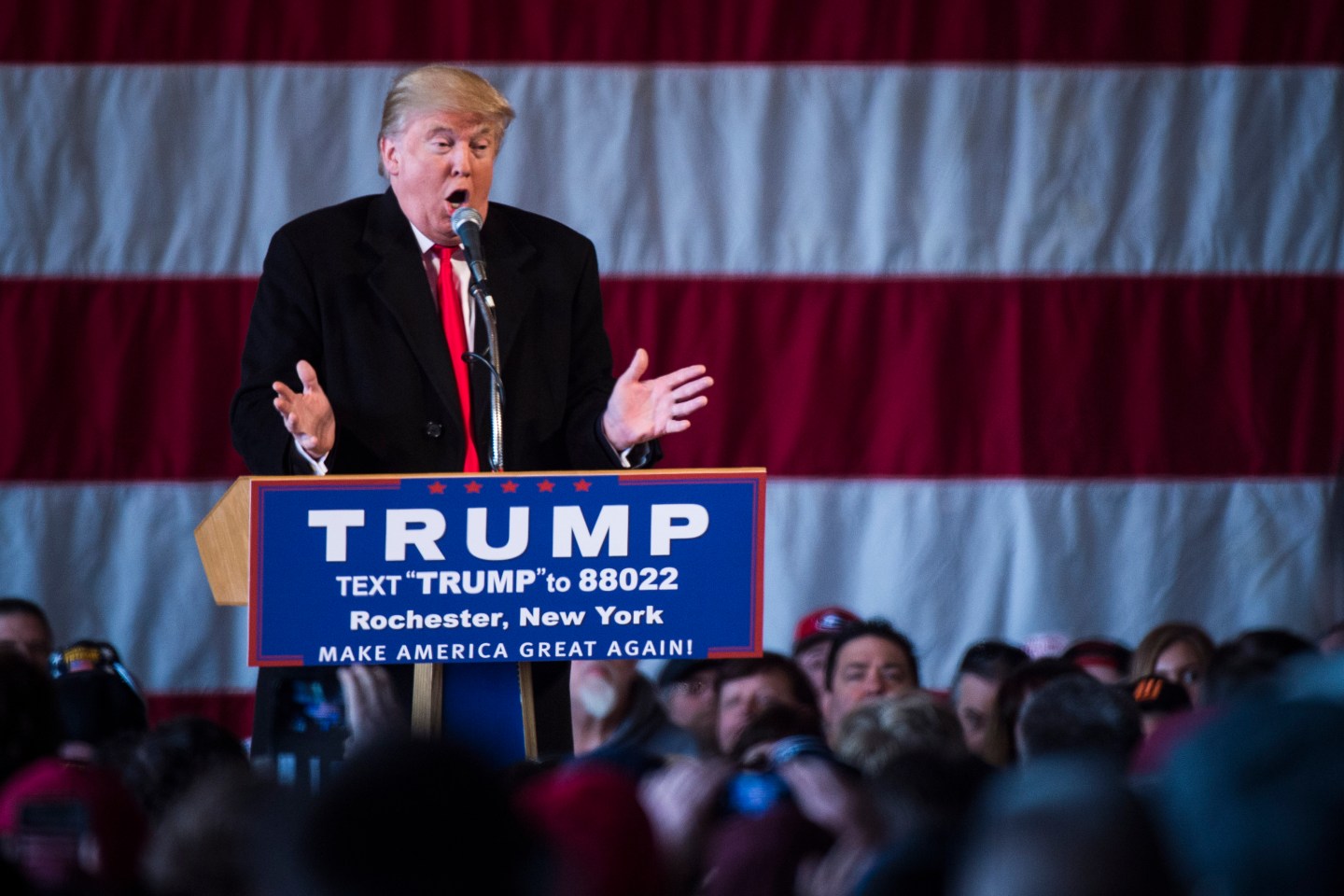 Donald Trump’s campaign staff have criticized Facebook(FB) supremo Mark Zuckerberg after he took a thinly veiled swipe at their candidate over his politics of fear.

“I think I’ll take Mark Zuckerberg seriously when he gives up all of his private security, moves out of his posh neighborhood and comes live in a modest neighborhood near a border town, and then I’m sure his attitude would change,” Trump spokeswoman Katrina Pierson told CNBC.

Zuckerberg this week used a keynote address at Facebook’s F8 developer conference to decry current political rhetoric against immigration and globalization. He called for politicians to have “the courage to see that the path forward is to bring people together, not push people apart, to connect more, not less.”

“I hear fearful voices calling for building walls and distancing people they label as others, for blocking free expression, for slowing immigration, reducing trade and, in some cases around the world, even cutting access to the Internet,” Zuckerberg said.

While these don’t all apply solely to Trump — Ted Cruz has also called for mass deportations and a wall on the U.S.-Mexico border — the sum of those parts certainly does add up to the Republican frontrunner.

Trump famously wants to build that wall on the border and get Mexico to pay for it, has threatened to bolster libel laws to retaliate against the media, has made proposals that would probably spark trade wars with Asian countries, and has even advocated “closing parts of the Internet” to fight Islamist extremism.

“Self-righteousness isn’t very proactive,” Pierson said on Wednesday, adding that Silicon Valley CEOs should “focus on innovation and jobs and their businesses, and let the politicians make their policies.”

“It’s great that we can have innovation in this country, but you should be able to do that without putting the lives of Americans at risk,” she said.

This isn’t the first spat between Trump and Zuckerberg. Last year Trump claimed at a debate he had never taken a shot at the Facebook chief over his enthusiasm for hiring foreign workers, before moderators had to point out that his own website showed he had done just that.