Toyota Is Turning This City Into a Giant Connected Car Experiment 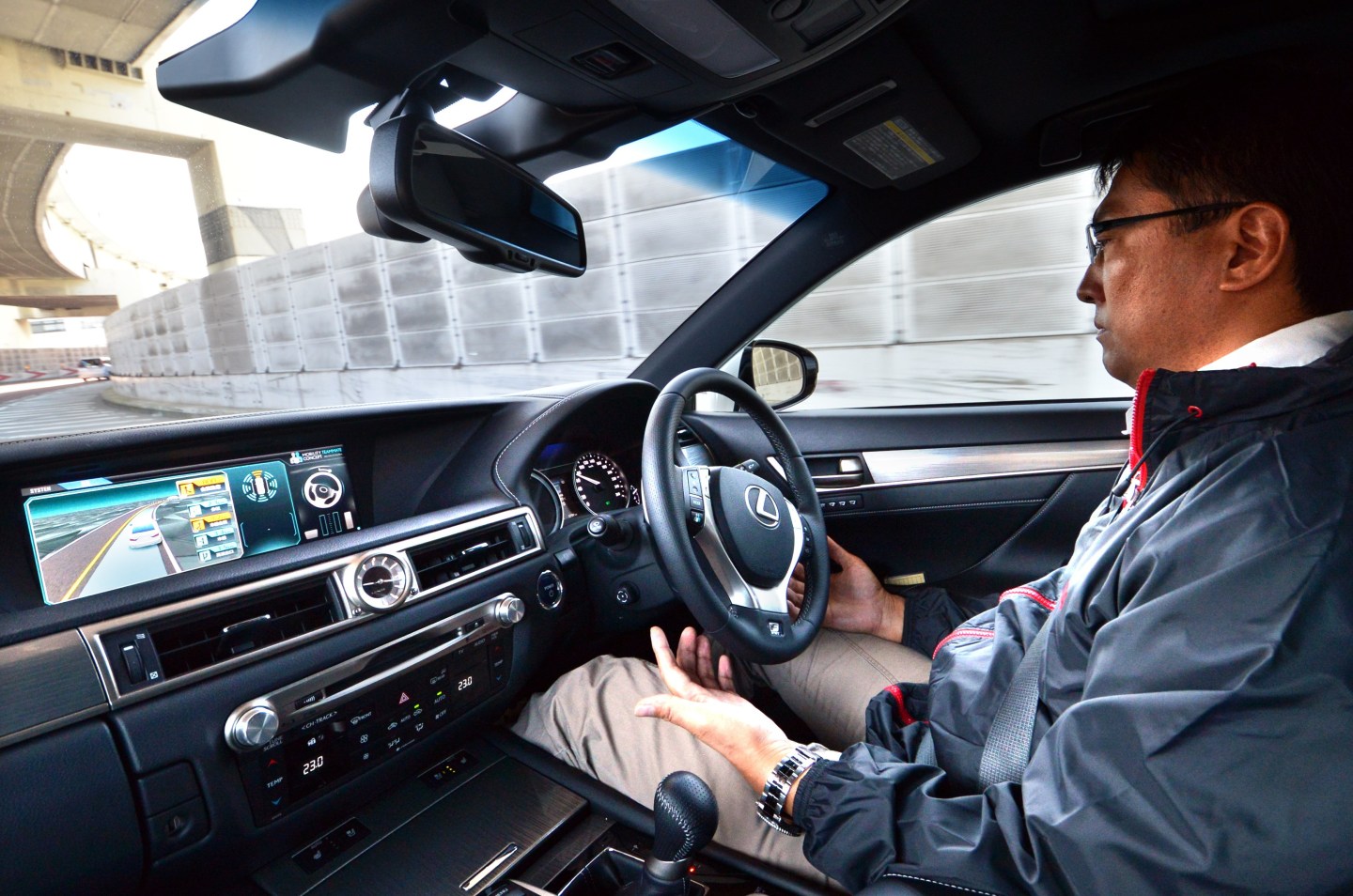 Toyota, the world’s largest automaker, is sending 5,000 connected cars that can wirelessly communicate with other vehicles and infrastructure onto the streets of Ann Arbor, Mich., in a real-world experiment designed to move autonomous driving closer to reality.

Toyota (TM) is partnering with the University of Michigan’s Transportation Research Institute on the project. Drivers who agree to participate in the tests will have a small data-collecting box installed in the trunk area of their car and two small antennas—one on or near the rear windshield and another on the roof. The equipment transmits speed and position data from the vehicle to other participating vehicles as well as infrastructure such as traffic signals and research equipment located at intersections or along roadways.

Drivers won’t be required to take specific routes. Researchers want to gather data on regular everyday driving. The hope is that the results of the study will help develop future vehicle-to-vehicle and vehicle-to-infrastructure driver assistance and safety systems for passenger vehicles. Before self-driving cars can be deployed on a mass scale they need to be able to do more than recognize objects in the surrounding environment; they also need to be able to communicate with other vehicles.

“The current limitation of connected vehicle testing outside of a closed circuit test tracks is the lack connected vehicles,” Toyota said in a statement. “In order to move autonomous driving toward reality, testing requires more cars, more drivers, and more day-to-day miles traveled than any combination of research facilities could support.”

The announcement comes on the heels of Toyota’s plans to add a third artificial intelligence and robotics center in Ann Arbor. The Toyota Research Institute opened two locations in January: one in Palo Alto, Calif., next to existing AI partner Stanford University and a second in Cambridge near the Massachusetts Institute of Technology. This third facility will be near the University of Michigan, where it will fund research in artificial intelligence, robotics, and materials science.

Toyota recently scaled up its plans for connected cars—an industry term that refers to Internet capability in vehicles that allows wireless communication with other vehicles and infrastructure and the delivery of services within the car that a user might expect from a smartphone.

Earlier this month, Toyota formed a new data analytics company in partnership with Microsoft to bring new Internet-connected services into the car without overwhelming the driver with technology. The new entity, named Toyota Connect, will use Microsoft’s cloud computing platform Azure to crunch data and help develop new products for drivers, businesses with car fleets, and even dealers.

For more on Toyota, watch:

Last year, Toyota said it would invest $1 billion over the next five years in a research center for artificial intelligence to be based in Palo Alto. The institute aims to bridge the gap between research in AI and robotics in order to bring this technology to market. The technology is largely being developed for self-driving cars, but the institute is also researching and developing AI products for the home.