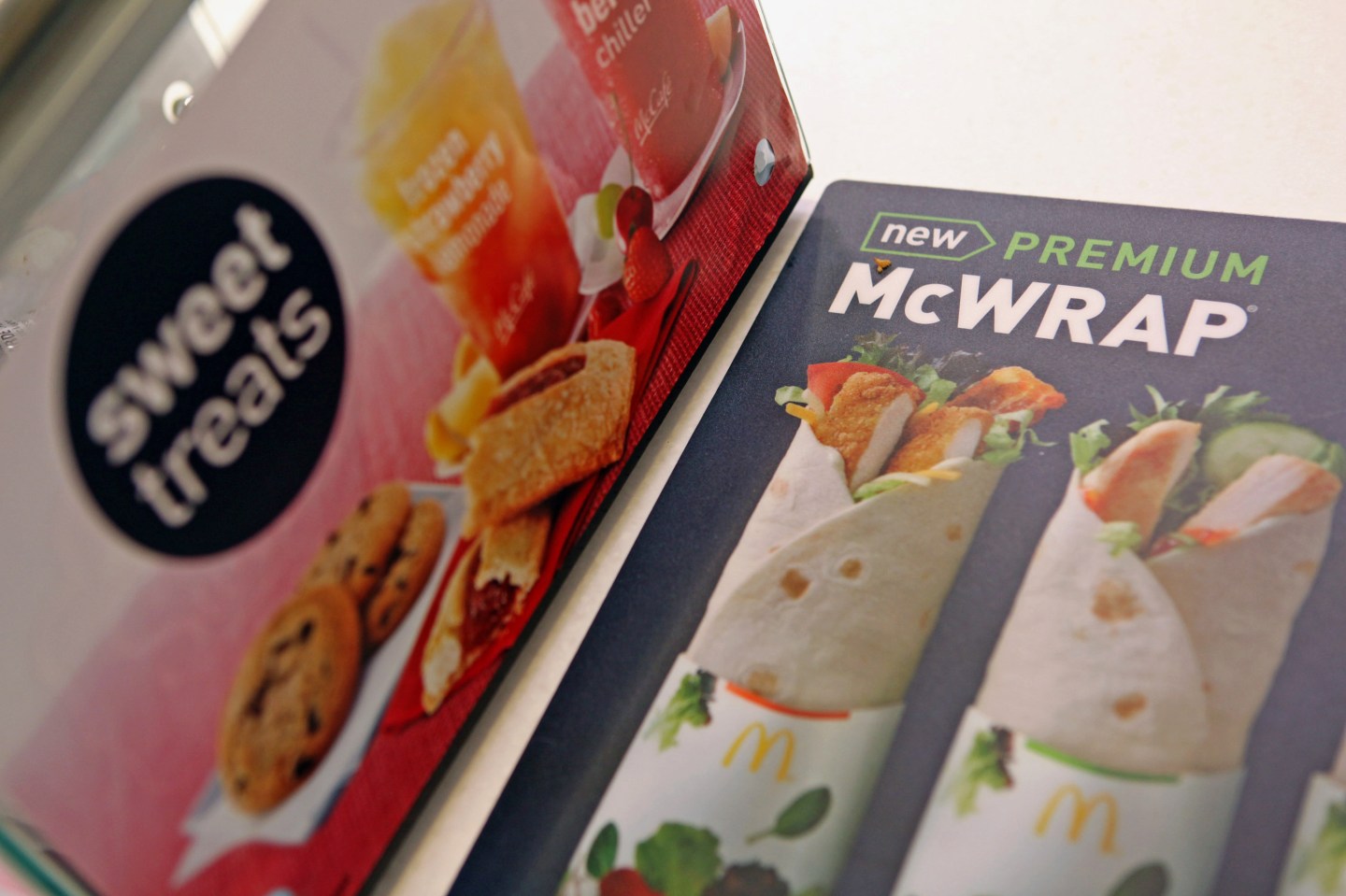 McDonald’s (MCD) has chartered a turnaround course thanks to new ideas like all-day breakfast, but along the way, some of its other big ideas have fallen flat.

The fast-food chain began phasing out its Premium McWraps last summer, and the menu option has almost entirely disappeared from menus across the country, according to Bloomberg. It’s a reversal from McDonald’s enthusiastic roll-out of the product in 2013, when executives expected the wraps to win big with millennials.

The McWraps were supposed to be McDonald’s entree into offering fresher products. The company even spent two years setting up a cucumber supply chain to introduce that vegetable to its menu for the first time. According to one leaked memo cited by Bloomberg, McDonald’s called the McWrap its”Subway buster” for its potential to compete with the sandwich chain for millennials craving fresh options.

But the McWraps took 60 seconds to assemble—20 seconds alone just to steam the tortilla—compared to the 10 seconds required to build a burger, according to the New York Times. For a restaurant whose main selling points are convenience and speed, that complexity frustrated franchisees and turned off customers. Plus, the wraps simply weren’t a hit.

Fortune has reached out to McDonald’s for comment and will update this post with the company’s reply.