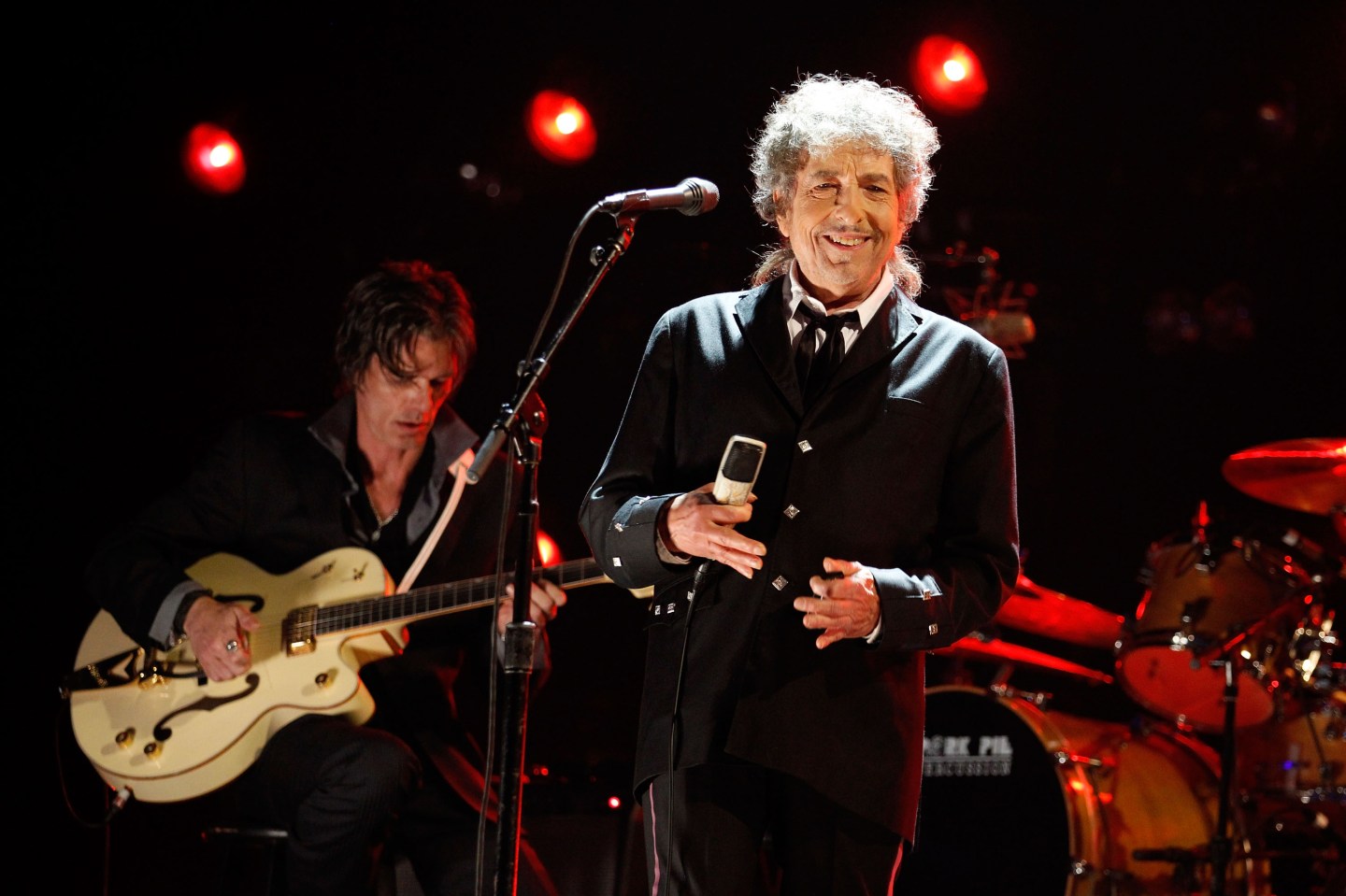 Amazon is teaming up with Lions Gate Entertainment to create an all-new television series that will use Bob Dylan’s songs as a basis for the storyline.

The two companies have already secured rights to use any of the musicians lyrics and compositions, reported the Wall Street Journal. Now, the project is getting underway and is being written and directed by Josh Wakely, who is part-owner of the production company Grace Films. The current title of the series is “Time Out of Mind,” a homage to the singer’s hit 1997 album.

Amazon hasn’t yet signed a deal to stream the series–or even make the actual pilot, according to the WSJ report. So, it’s not clear when or where the series will air.

The show will be peppered with snippets of Dylan’s work and will be used to push along the plot line. The show’s pilot will use Dylan’s 1964 “The Ballad of Hollis Brown” to initiate the story. The song is about a down-on-his-luck man in South Dakota who ends up committing a horrifying crime, the final lyrics ring out with Dylan’s signature rasp, “There’s seven people dead / On a South Dakota farm / Somewhere in the distance / There’s seven new people born.”

Each episode is expected to feature two Dylan songs, which will drive what’s expected to be dramatic circumstances outside of the music world, according to WSJ.

Dylan is widely known for being open to licensing his work for television and movies. He’s also personally appeared in commercials for Victoria Secret, Cadillac, Pepsi, and IBM’s Watson. However, while Dylan controls his lyrics and melodies, his actual sound recordings are controlled by Sony’s Columbia Records. The show may have other artists perform Dylan’s songs if they choose not to pay separate royalties to Columbia for permission.