Verizon Strike Among the Top 3 of the Last 10 Years 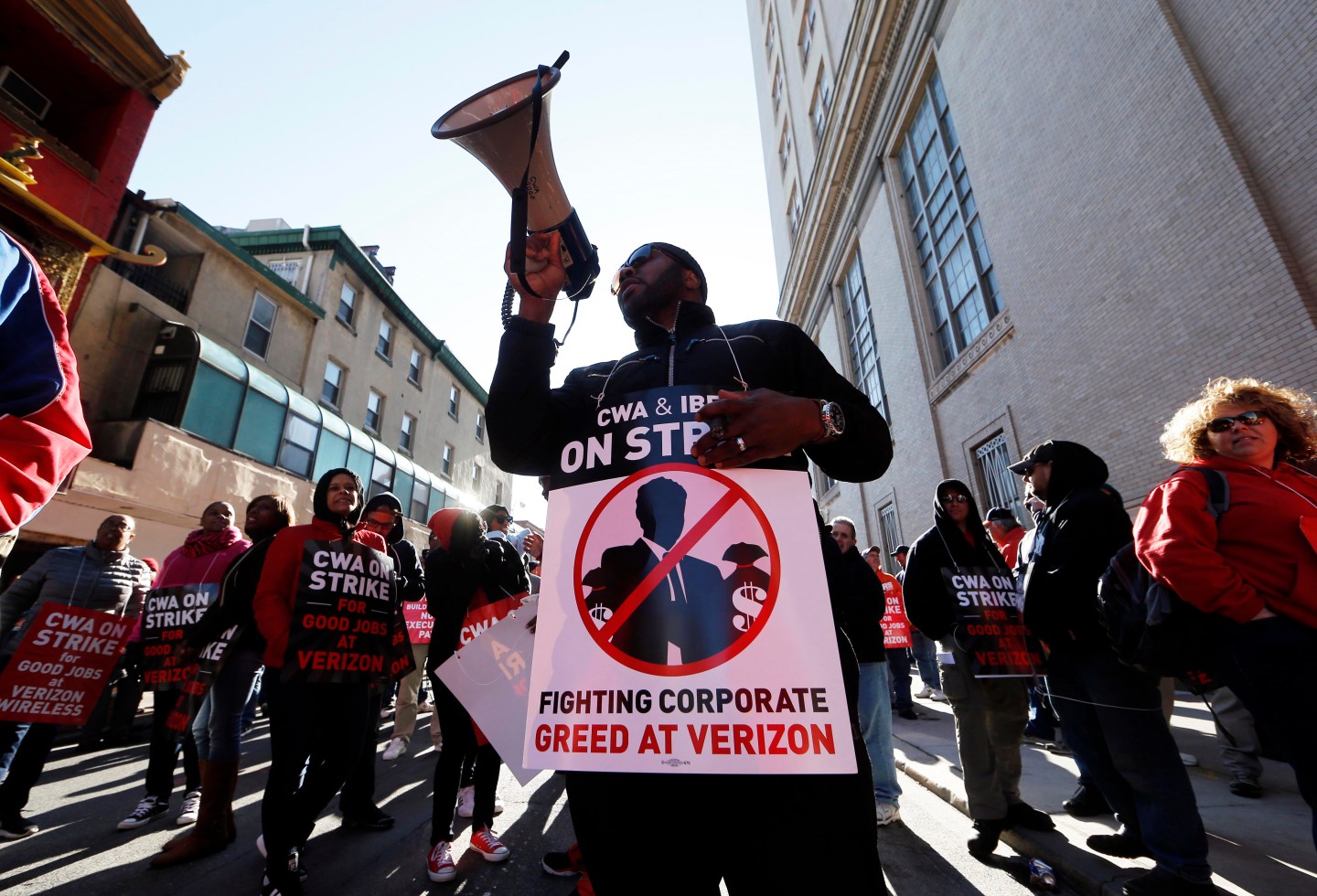 Verizon workers picket outside one of the company's facilities Wednesday, April 13, 2016, in Philadelphia. Verizon landline and cable workers on the East Coast walked off the job Wednesday morning after little progress in negotiations since their contract expired nearly eight months ago. (AP Photo/Matt Rourke)
Matt Rourke — AP

About 40,000 Verizon workers up and down the East Coast walked off the job on Wednesday after contract negotiations broke down. The nation’s second-largest telecommunications carrier by revenue wants to be able to transfer employees to another city for up to two months, outsource more work to non-union contractors and close down U.S.-based call centers that could be moved to Mexico or the Philippines.

It’s the second big strike at Verizon (VZ) in the past few years—and it ranks as the third-largest in the entire country over the past 10 years according to annual data reported by the Bureau of Labor Statistics and compiled by Fortune.

Here are the 10 biggest strikes by number of employees involved between 2006 and 2016:

10. Kaiser Permanente Hospitals and Sutter Hospitals in California and Providence Hospital in Washington, D.C. see 19,000 nurses walk out in November 2014.

8. AT&T hit by a strike of 21,200 members of the Communications Workers of America in California, Connecticut, and Nevada in August 2012.

5. Boeing sees 27,000 members of the International Association of Machinists walk out in Washington, Oregon, Kansas, and California in September 2008.

3. An estimated 40,000 workers at Verizon go on strike from Massachusetts to Virginia in April 2016.

1. General Motors and the United Auto Workers lock horns in 2007 and 74,000 workers nationwide walk out.