This Is the Fairest Way to Tax America 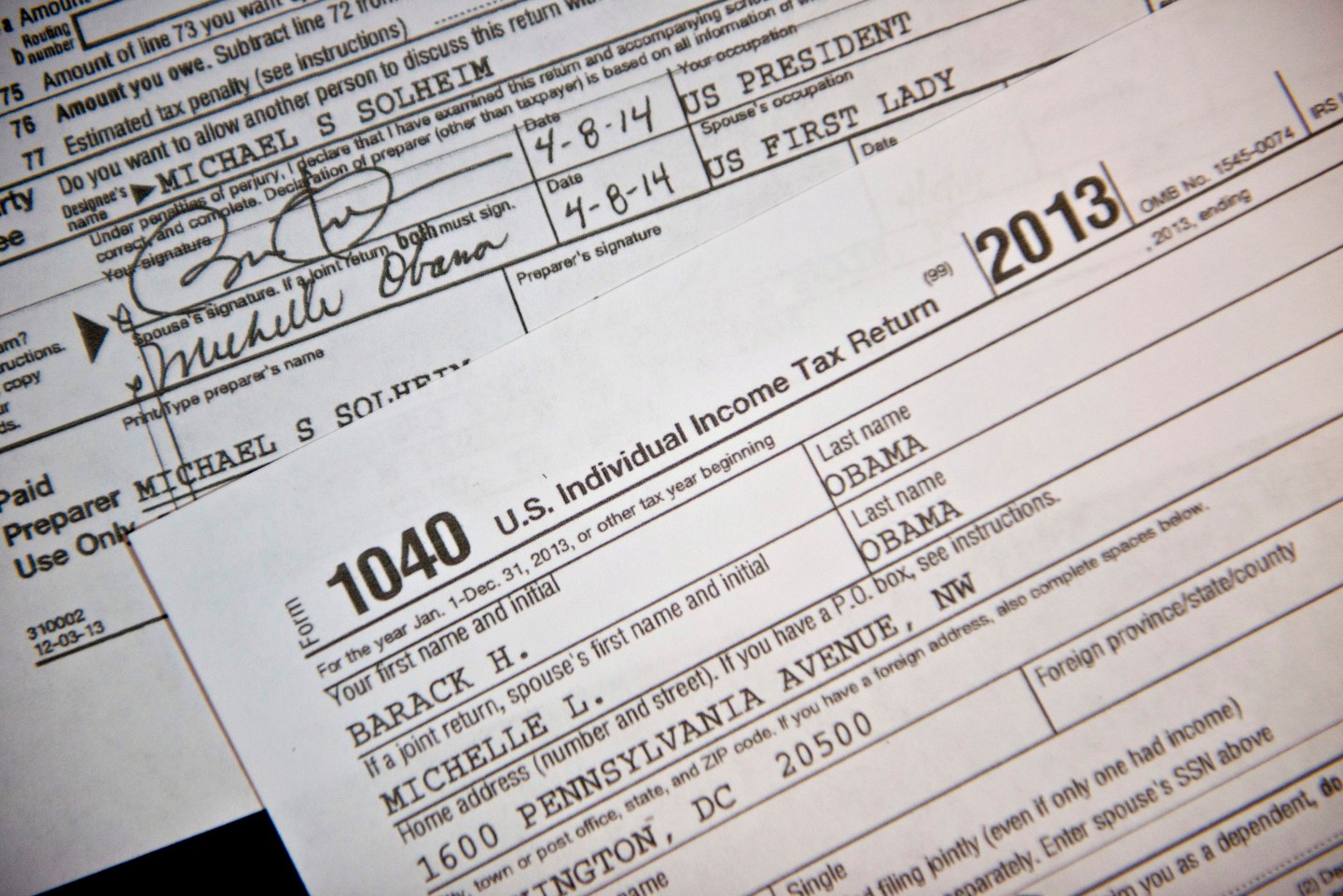 The tax deadline is upon taxpayers this week. Our insufferable forms and surrender of hard earned money to the U.S. Treasury causes one to think that there’s got to be a better way. The hope of tax reform springs eternal; it won’t happen this year but it could happen in 2017 with a new president and Congress, when major policy initiatives historically can get done.

To judge the current US tax regime, there are three criteria most economists agree upon – fairness, efficiency and simplicity. Tax reform is not just about what the tax rate should be, but a question of what should be taxed. A consumption tax is better than a tax on income under the three criteria.

First, let’s take a look at fairness. Jared Bernstein, Vice President Biden’s former chief economist recently commented on the fairness of Paul Ryan’s tax plan in the Washington Post, citing the Tax Policy Center’s “distribution” tables: the top 0.1% get a tax cut of 1 million; middle-class families just a couple of thousand dollars; the bottom fifth, a tax cut of a $560. Bernstein highlighted an interview CNBCs John Harwood had with Paul Ryan where Harwood asked, “aren’t you worried the blue-collar Republicans are saying ‘you’re taking care of people at the top more than me?’”

This brings us to the issues of fairness, which is in the eye of the beholder. According to the same Tax Policy Center “the top 1% of US earners were projected to pay nearly half of federal income taxes in 2014; the bottom 60%, less than 2%.” But Bernstein also fundamentally missed something about the psyche of Americans best explained to me by my French wife: If you got a French farmer who has three cows, his neighbor five cows; the less fortunate farmer will scream “there is something crooked going on here. The only fair thing to do is to redistribute the cows so both of us have four cows.” The American farmer’s response would be “it’s good that my neighbor has three, great the other fellow has five, but I’m going to work real hard and get 10 cows.”

Harvard economist Greg Mankiw addressed another aspect of fairness. Consider the story of twin brothers – Spendthrift Sam and Frugal Frank. Sam lives the high life, enjoys expensive vacation and throws lavish cocktail parties. Frank, meanwhile lives more modestly. He keeps his fortune invested in the economy where it finances capital accumulation, new technology and economic growth. Who should pay higher taxes? Under Bernstein’s preference of an even more progressive income tax, both twins would be taxed the same.

Under a consumption tax, however, Frugal Sam would be taxed much less and more fairly than his brother. It’s not just what the tax rate should be, but about but also what is taxed — income or consumption?

“Efficiency,” another one of the three important criteria for a good tax policy, is an economist’s term for eliminating tax barriers to economic growth and job creation. Perhaps the time for a new tax system has arrived – taxing consumption rather than income. The Washington Post editorial board thinks it should be given serious consideration.

They commended “(Senator) Ben Cardin’s creative proposal for tax reform,” which is called a Progressive Consumption Tax (PCT). The liberal senator’s proposal is a massive shift in taxation from household and corporate income to consumption. It addresses the liberal concerns about regressivity and a conservative concerns about being a “money machine.” The Washington Post also recognizes the political reality that it may no longer be possible to fix the income tax because of entrenched tax preferences: “a grand swap of fewer loopholes for lower rates may no longer be politically or fiscally practical.”

Last July, the Senate Finance Committee released the report of its bipartisan Working Group on Business Income, co-chaired by Cardin and Senator John Thune (R-SD). The report noted making a fundamental shift to a consumption-oriented tax as a major change. “However, given the pro-growth effects of a consumption tax the working group believes that consumption tax systems in general deserve the attention of the committee as tax reform efforts continue.” These few words confirm the consensus of many mainstream economists: a consumption tax provides more growth than the income tax.

The average OECD corporate income tax rate (federal and local) was 28.8%; for the US, 39%, according to the most recent OECD data. What’s more, a recent Ernest & Young report found that the US has the highest integrated tax rate of capital (combined corporate level tax with individual investor level tax on dividends and capital gains) among OECD countries. If there is anything one can learn from the electorate today, it is that economic growth and job creation is the big priority. Moving toward taxing consumption, rather than saving in investment would be a great help.

Finally, there is the third criterion of “simplification.” Our current tax code is 64,680 pages. Critics say it’s the well-connected, the wealthy, the crony capitalist who knows how to manipulate the code to his or her advantage. Credit is due to any tax reform, which would simplify the code for the benefit of those who are not 1%ers or the millionaires or billionaires who now benefit from complexity.

Tax reform is not an overnight phenomenon. It took years of pent up demand and hard work to provide the conditions that favor substantive tax reform in 1986. That is also the case today with former tax writing committee chairmen Senator Max Baucus and Congressman David Camp working almost full-time in 2013–14, crisscrossing the country, conducting endless hearings and educating their colleagues, the media and important constituencies from businesses to senior citizens to Joe Six Pack. In the end, Chairman Camp produced a tax reform plan that did not go anywhere because the time wasn’t ripe for tax reform; it had an outdated economic and political formula and it didn’t have the right leadership on board.

Tax reform, to paraphrase GOP presidential candidate Donald Trump, is more about the art of the deal. In the 1986 tax deal Democrats wanted to close loopholes for the wealthy and corporations; Republicans wanted lower tax rates to spur economic growth. The Tax Reform Act of 1986 gave both what they wanted and that’s why it became law. Again, today it may no longer be possible to fix the income tax because of entrenched tax preferences. It explains in part why Camp’s plan to reform the income tax was stillborn. It also explains the growing interest in turning the current tax code upside down, taxing spending rather than income to encourage saving and investment.

Senator Cardin’s creative consumption tax proposal might provide a formula for a deal today. For liberals, it would tax the conspicuous consumption of millionaires and billionaires, their yachts, and their million-dollar birthday; for conservatives, it would encourage the wealthy to put their riches into jobs and investment that would not be taxed. Both Democrats and Republicans would be pleased with replacing the corporate income tax with a consumption tax because it could end corporations fleeing abroad: forget parking corporate profits overseas. Forget corporate inversion mergers. Cardin’s proposed formula addresses liberal concerns about regressivity with tax exemptions and credits and conservative fear of a “money machine” with a cap on revenue that could be raised.

Mark Bloomfield is President and CEO of the American Council for Capital Formation, an advocacy and economic policy research organization that promotes economic growth and global competitiveness. He is also a co-editor of the book, The Consumption Tax: A Better Alternative and was Secretary of President-Elect Reagan Transition Task Force on Tax Policy from 1980 to 1981.